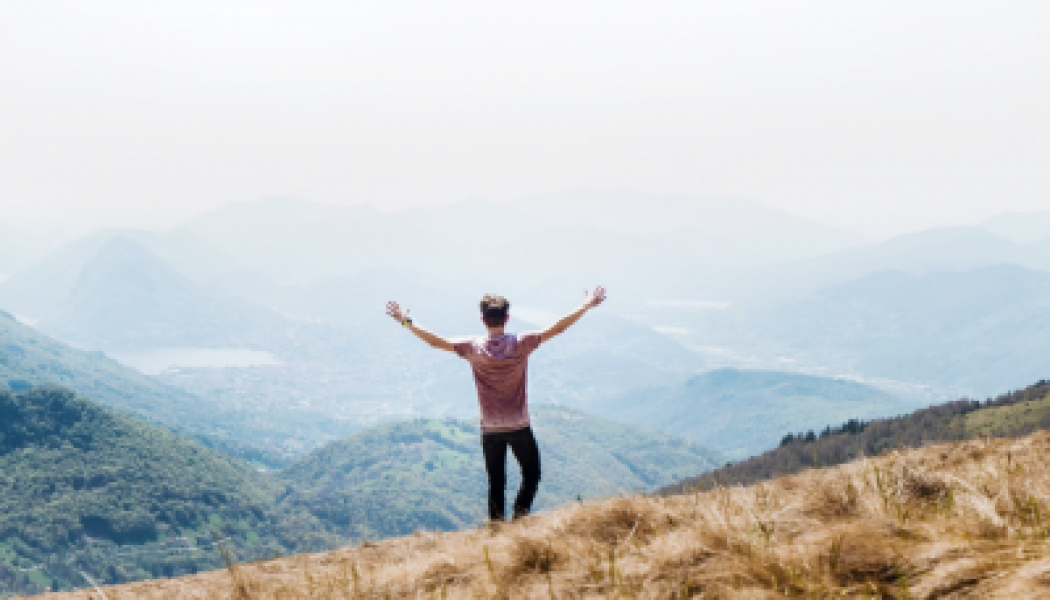 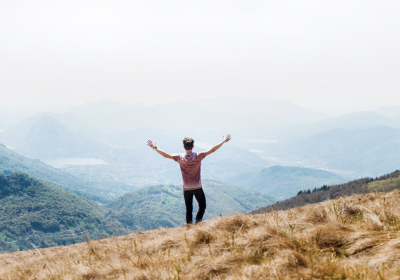 He was declining rapidly in health, mind and body.  I planned to pick him up for a morning of errands and appointments.

I saw his final cross tightly fastened to him as he shuffled from his house to my car with his off white shirt tucked into his dress pants.

He wasn’t fit to drive anymore—alcoholism and a last battle with terminal brain cancer demanded he turn over his keys.  On his list was a first stop at the university hospital to retrieve some medical records.  I had my toddler in tow with us on that morning and told my brother that we would wait in the parking lot for him. “Just text or call when you know how long you’ll be.”

“I think so.  Not sure.  Probably a few more minutes.”

The text updates were sparse.  Those “few more minutes” turned into a couple of hours.  I should have known they would.  This wasn’t the first time.  Once incredibly punctual and regimented (he was a Marine and an accountant after all), my brother had become unable to manage his time or much of his life.  He needed help, but was often too proud or ashamed to ask for it.

It was a complicated dance between us of dependence and devotion and resistance and resentment.

We were two broken people, a little brother and a big sister, carrying crosses the other could not see which sometimes knocked together and made us stumble.

I spent the whole miserable morning stuck in the hospital parking lot with a tired and hungry toddler.  My homeschooled children phoned in every so often for parental attention and help with schoolwork.  I was at my wits’ end when my brother finally made his way out of the building.  He ambled towards my parked car.  His brow and shaven head were sweating after only minutes in the sun. He was weak and tired himself. He got into my Suburban with noticeable difficulty.

I caught the faintest sight of the shape of the cross in his body as he spread his arms wide to climb into the Suburban.

He grabbed the side of the passenger seat with his left hand and the door with his right hand and held his breath to hoist himself into the vehicle.  He stared straight ahead, probably feeling the weight my frustration—a cross he shouldn’t have had to bear.

Chastened by his suffering, I exhaled a wave of mercy. “Where to next?”

He said that he had forgotten to take his seizure medication. He needed to go home to eat so he could take it before we finished the list of errands.  I asked if he had his meds with him.  By no small miracle, he did!  He pulled out the pill bottle and showed it to me.

The orange cylindrical pharmacy container was a cross he carried in his pocket.

With the delay in the morning and my growing impatience, I insisted that we just pick up some drive-through food and keep going.  He hesitated.  I saw him wring his shaky hands.  He said he’d prefer to sit down to eat instead of doing a drive-through—he’d rather not spill food on his shirt, given his remaining errands for the day.  I understood.  His clean shirt was a cross.

My brother was a major foodie, so I suggested a nearby food truck gathering spot where trucks congregated in an old gas station parking lot with tables inside for folks to sit and eat.

I grabbed my toddler a hamburger on our way to the food truck establishment and found a place we could park and let my brother browse the options.  The baby was just finishing his food in his carseat, so I told my brother to wave at me when he found his food and we’d join him at a table inside.

I watched him move slowly from truck to truck looking for his lunch.  He finally settled on a something called a twisted sandwich.  Think of a waffle cone filled with ice cream; but this cone was a made of bread and filled with gooey mac and cheese and so much other stuff spilling over the top of it.  It was huge, overfilled, and probably the messiest thing he could have chosen to eat on the lot.

Instead of waving us into the gas station to sit with him, he made his way over to the car.

“Yeah.  There are no more tables open in there.  I am going to sit on the curb.”

I asked him why.  He smiled his quirky sideways grin and said that he knew that keeping his shirt clean was hopeless, but that didn’t want to make a mess in my car.

I saw the cross again.  It was the shape of a stupid twisted sandwich.

I told him that he was silly and that it was 90 degrees outside. “Get in the car.”  He paused and looked down at his cone sandwich thing.  I insisted again.  His two shaky hands lifted the overfilled cone, and he said, “I don’t think I can.”

I got it.  He couldn’t think of how to open the door.  There was no way he could lift himself into the Suburban on his own.  He couldn’t figure out how to carry this cross without help.

I jumped out of the car, ran around to him, and took his cone to prop it in the cup holder of the center console.  Then, I wrapped my arms around my brother as he made the shape of the cross again with his body—one hand on the door, one hand on the passenger seat.

“One, two, three,” I lifted his cross-shaped body into the passenger side of my Suburban.

This was exactly how I was meant to embrace the Cross that day.  Picking up our daily crosses and following Christ sometimes means picking up the cross-shaped people in our lives.   I know that I, too, am the cross intended for others as I make them stumble, hurt, and struggle.  In these encounters with the crosses in our lives, we are invited to lift high the Cross by lifting up each other by the grace of our victorious Savior, Jesus.

“Everything is a reminder of the Cross. We ourselves are made in the shape of a cross.”   –  St John Vianney