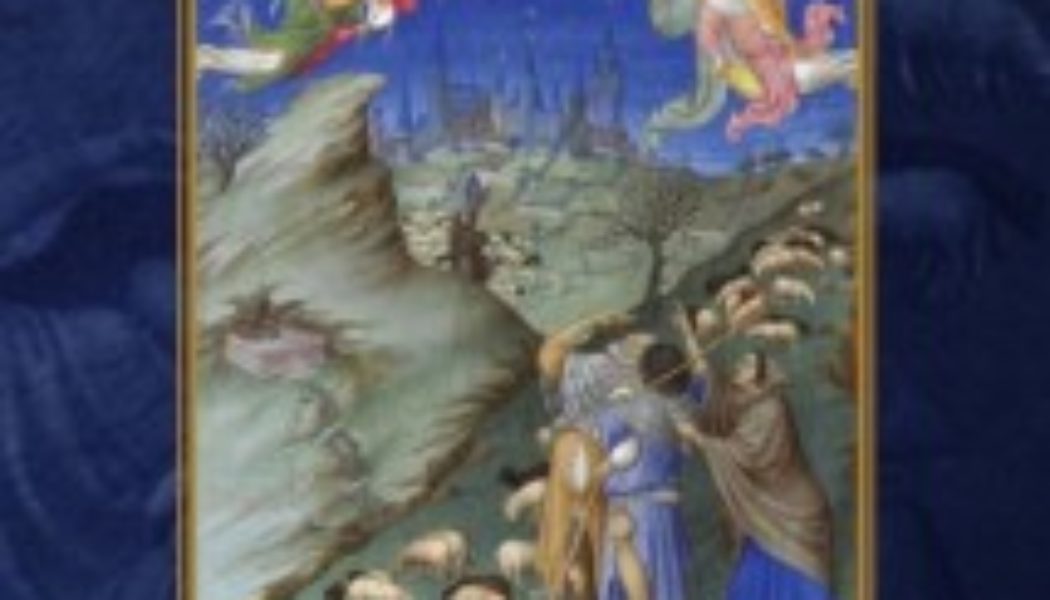 In my research, I discovered that the shepherds were important to St. Luke for a simple reason: They were the primary eyewitnesses of the events in Bethlehem on the night of Jesus’ birth, and they passed down the story through established methods of oral transmission.

Earlier this year, I had the privilege of spending a two month sabbatical in Jerusalem. The object of my study was to understand more about the shepherds of Bethlehem who play such an important part in St Luke’s infancy narrative.

Why were they important to the gospel author? Some scholars opined that Luke was simply adding some local color—some quaint rustics—rather like Shakespeare’s “mechanicals” in A Midsummer Night’s Dream. Others  suggested that shepherds had a traditional place in Greek and Roman literature as simple sages—embodying a sort of peasant wisdom. Others observed that shepherds in first-century Middle Eastern culture had a reputation for being thieves and scoundrels and that the Jews considered shepherds to be ceremonially unclean. Thus. St. Luke was emphasizing the point that the Christ came to the lowly, the poor, and those suspected by respectable society.

I discovered instead that the shepherds were important to St. Luke for a simpler reason: They were the primary eyewitnesses of the events in Bethlehem that night, and they passed down the story through established methods of oral transmission.

To understand the importance of this, it is first necessary to review some of the theories of New Testament origins. In the early-twentieth century, the sciences of archeology, anthropology, and comparative religions developed. The discoveries in these disciplines influenced the newly-burgeoning industry of Biblical criticism.

The form critics compared the findings of the anthropologists and mythologists and suggested that the gospels were formed in a similar manner to the cultural and religious development of myth. To put it simply, religious myth developed over time. It was the product, so the academics decided, of cultural evolution. The community gradually elaborated their stories into myth with full religious and cultural implications.

This process, the form critics proposed, was the method whereby the gospels mutated and grew. The early church community, it was suggested, re-told the simple Jesus stories—the stories of a simple wandering Jewish rabbi—and elaborated them over time, adding supernatural elements. It was Rudolph Bultmann’s self-assigned task therefore, to weed out the supernatural “mythological” elements to discern the historical kernel beneath all the elaborations.

This theory is extraordinarily leaky, and it doesn’t take a great scholar to point out the inconsistencies and absurdities. “There wasn’t enough time for the stories to develop in that way before they were written down.” “The theory doesn’t reflect what we do know about the composition of the gospels from the apostolic fathers. Why should a theory dreamed up in universities in Europe in the twentieth century be closer to the truth than the statements of writers in the Middle East in the second century?” “What evidence is there of this evolving mythology of the gospels?” “Do Christian faith communities do this sort of story-telling?”

In his groundbreaking book Jesus and the Eyewitnesses, British Bible scholar Richard Bauckman says of the form critics’ theories that “virtually every element in this construction has been questioned and rejected by some or even most scholars.”

Indeed, in the 1960s there was a reaction to the form critics’ theory of an oral tradition that evolved within the community. The Swedish scholar Birger Gerhardsson researched Jewish methods of teaching and transmitting traditions. He discovered that “disciples of rabbis were expected to memorize their master’s teaching, and importance was attached to preserving the exact words.” While this may be true, the gospels themselves do not seem to be the result of word-for-word memorization. While some of Jesus’ sayings may be the result of his disciples memorizing his words, the stories are too loosely recounted and the variations among the synoptic gospels that tell the same stories would preclude any strict memorization.

Instead, a middle way has emerged. Kenneth Bailey was a professor and pastor who lived and worked in Palestine for decades. He observed oral tradition at work among the local inhabitants and discerned three ways the locals passed on their stories and traditions: The first was informal uncontrolled oral tradition. This was simply informal anecdotes, jokes, or even gossip. The second form was formal controlled oral tradition. This was when the traditional story or passage of tradition has to be memorized, and the elders and teachers (along with the hearers) will audibly correct the person reciting the tradition if they make a mistake. The third category of oral tradition Bailey discerns is  informal controlled. In this transmission of the tradition the community may be gathered around the fire, and someone tells a traditional story. The storyteller may elaborate and add drama or characterization, but if he departs from the essential facts, the elders and teachers (and the whole community) correct him.

The shepherds of Bethlehem would have been part of the larger, ancient Bedouin culture of the Palestine. Another Bailey—Clinton Bailey—was an American Jewish scholar who also spent decades living in Palestine. He was a student of the Bedouin culture and observed and recorded how the Bedouin pass on their oral traditions. It is, not surprisingly, a match with Kenneth Bailey’s observations. The Bedouin pass on their history using narrative poetry, which is very formal and must be memorized, and they rely on genealogies that must also be memorized. In addition, they use prose storytelling which has some flexibility and allows for personal flourishes— adding humor or characterization. However, the additions or elaboration cannot alter the basic content of the story. The “prose storytelling” is essentially the same as Kenneth Bailey’s “informal controlled” oral tradition.

In Luke 2:17-18 the evangelist actually tells us that the shepherds passed on what they had experienced, “When they had seen him, they spread the word concerning what had been told them about this child, and all who heard it were amazed at what the shepherds said to them.”

The account is told in poetic form and therefore relies on word-for-word memorization, but the story itself adds characterization and dialogue: “Let us go into Bethlehem and see this thing that the Lord has told us about.” The repetition of the important phrase, “wrapped in swaddling clothes and lying in a manger” indicates a crucial element of the story that had to be memorized because it was a “sign.” It was also a sign that this part of the story could not be forgotten.

Does this mean that St. Luke met the shepherds and heard their story? It is not impossible, but we must remember that Luke was writing at least forty or fifty years after the events.  It is more likely, however, that the shepherds continued to share the story of their experiences that night, and that their essentially reliable method of oral tradition kept the story fresh within the Bethlehem community—and that it was from the next generation that Luke heard the tale. Would the local shepherd families have kept the story alive? We know that in the mid-fourth century when the Empress Helena discovered the birthplace of Christ (on which the ancient Church of the Nativity stands), the site was identified because the local people remembered where the Christ was born.

This essay is an adapted version of a chapter in Fr. Longenecker’s upcoming book, The Secret of the Bethlehem Shepherds, to be published in November by Sophia Institute Press.

The featured image is “The Angel appearing to the Shepherds” (1760s) by Philip James de Loutherbourg, and is in the public domain, courtesy of Wikimedia Commons.