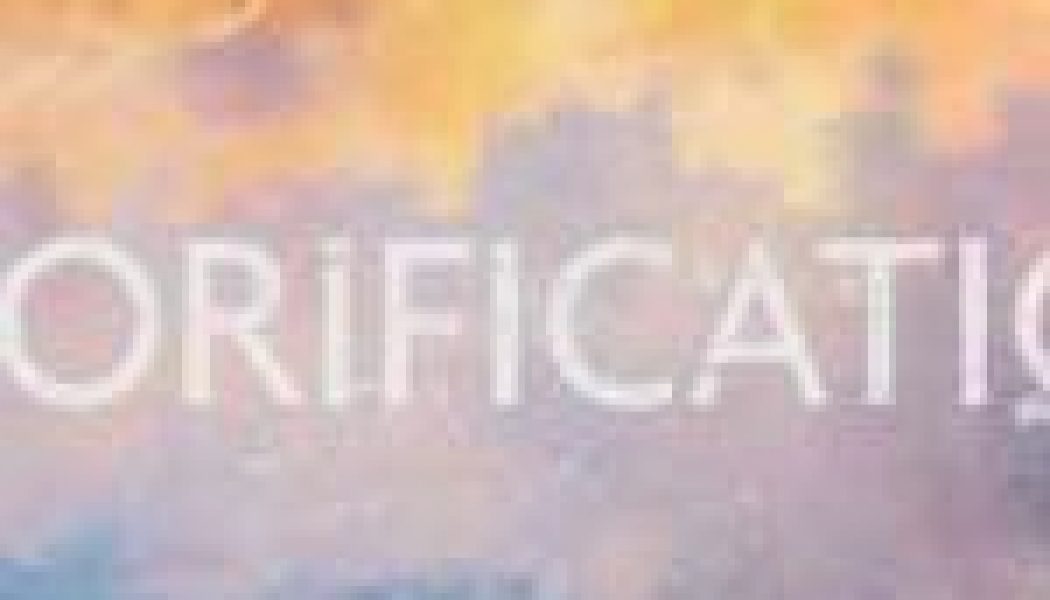 In John 17, Jesus prays for Himself, for His disciples, and for all who would believe in Him. One constant theme throughout His prayer is glory. What is this glory, why is Jesus praying for glory, and how do we receive this glory?

Jesus spoke these words, lifted up His eyes to heaven, and said: “Father, the hour has come. Glorify Your Son, that Your Son also may glorify You, as You have given Him authority over all flesh, that He should give eternal life to as many as You have given Him. And this is eternal life, that they may know You, the only true God, and Jesus Christ whom You have sent. I have glorified You on the earth. I have finished the work which You have given Me to do. And now, O Father, glorify Me together with Yourself, with the glory which I had with You before the world was.

“And all Mine are Yours, and Yours are Mine, and I am glorified in them.

The theme of glory is found in all three sections. In each section, the references to glory do not follow the normal New Testament usage of radiance and majesty, but instead follow the normal usage outside of Scripture, referring to having a high opinion among others.

In the first section of His prayer, Jesus asks that He Himself would be glorified so that He can bring glory to the Father (John 17:2). Jesus says that He has already glorified God by completing the work which God sent Him to do, and now asks that He be returned to the glory He had with God before the world came into existence (John 17:4-5).

There are four significant truths in this part of the prayer.

First, although all glory comes from and belongs to God, Jesus prays that God would be glorified even further through the actions of Jesus. Jesus wants to bring further glory to God, and this is to be accomplished through God giving glory to Jesus. God’s glory, therefore, appears to be something that only increases as He gives it to others. The glory of God increases as He gives it away. This may be partly why God chose to not only share His glory with Jesus, but also with those who would believe in Jesus. The reputation of God increases as those who bear His name grow their reputation among others.

Second, this seems to be an example of where the original meaning of doxa shines through. Jesus has already been glorified on the earth, and prays that He will be glorified further, so that He can bring even more glory to God. What does all of this glory look like? The glory Jesus refers to is not primarily seen in radiance, splendor, and light, but in having a good reputation and positive opinion among the people of the earth. This is the primary meaning of doxa outside of the Bible, and this meaning also seems to apply here. Jesus wants people to think highly of God, and Jesus prays that this would be accomplished by having people think highly of Himself. The implication is that when Jesus lives as God wants Him to live, people will think highly of Jesus, and in this way, will also come to think more highly of God.

Third, Jesus says that He has already glorified God by finishing the work which God gave Him to do (John 17:4). This is a surprising statement from Jesus, since He has not yet gone to the cross. Furthermore, while Jesus is on the cross, He cries out, “It is finished!” (John 19:30). How can Jesus say here in John 17:4 that He has finished everything God sent Him to do when Jesus had not yet finished His work upon the cross?

The answer is found in the references to glory that Jesus mentions back in John 13:31-32. Jesus had just declared that one of His disciples would betray Him, and after identifying Judas as the betrayer, Judas went out into the night (John 13:30). This began the inexorable chain of events that would take Jesus to the cross. Immediately following Judas’ departure, Jesus says that He will be glorified, and God will be glorified in Him, and this glorification would happen very soon (John 13:31-32).

So when Jesus says that He has completed everything God has given Him to do, Jesus is saying that the steps are all in place for the events that will take Him to the cross. Indeed, immediately after completing His prayer, Jesus went to the Garden of Gethsemane where Judas found Him, kissed Him, and betrayed Him (John 18:1-11). This betrayal then led directly to the crucifixion of Jesus.

So is all of Jesus’ work finished? Yes and no. Jesus still need to go through the crucifixion, but Jesus Himself has done everything that He needs to do. The crucifixion itself is something that happens to Jesus, rather than a work He Himself performs, and the necessary steps are already in place for the crucifixion to occur.

Yet even then, the crucifixion cannot even be properly referred to as “a work of God,” for it was not of God. The crucifixion of Jesus was the result of human religion partnering with political power to use the scapegoating mechanism of the Accuser, Satan, to put Jesus to death. This ancient practice was revealed through the death of Jesus, but cannot properly be described as the will of God or the work of God. So in this sense also, Jesus can say that He has completed all the work that God sent Him to do.

Fourthly and finally, Jesus says that glory He seeks is the same glory He had before the world came into being (John 17:5). Jesus is not receiving new glory which He did not have before, but is simply returning to the glory which He shared with God for all eternity. The new aspect of glory, which was unknown in Scripture prior to Jesus, was the idea of imputed glory, in which God shares His glory with humanity through Jesus. This is the idea that Jesus prays about next.

Therefore, here as well, the concept of glory does not seem to include the idea of radiance or bright splendor, but rather the traditional concept of doxa found outside of the New Testament, which is the good reputation and high opinion that others have toward Jesus. Not all had a good opinion of Jesus (such as many of the religious leaders), but many people who interacted with Jesus and His disciples began to think highly of them because of how they acted.

The final part of the prayer, in which Jesus prays for all believers (which includes us), also contains numerous references to glory. Jesus asks that all who believe in Him will share in the glory that He shares with God (John 17:22-23). And what does this glory look like? It looks like unity and love (John 17:23-24). As we live in unity and love with Jesus and with each other, the world will come to know God (John 17:25-26), which will bring further glory to God.

These conditions for glory parallel the introductory commands from Jesus in John 13:33-35. Just as Jesus will bring glory to God through obedience to Him, and God will give glory to Jesus, so also, the disciples can receive glory from God and give glory to Him by loving one another. It is this love that allows them to be recognized as a follower of Jesus (John 13:35), thereby gaining a good reputation among others.

In light of John 17, therefore, it seems that glory in the New Testament does not always refer to glorified bodies in the afterlife in which we shine like the sun or have radiant clothes as Jesus did in the transfiguration.

Sometimes, the glory of God, the glory of Jesus, and the glory of Christians follows the common definition in all other Greek literature of the time, which is the idea of having a good reputation among others. In such cases, as seen here, there are conditions for this glory, such as loving and living in unity with each other.