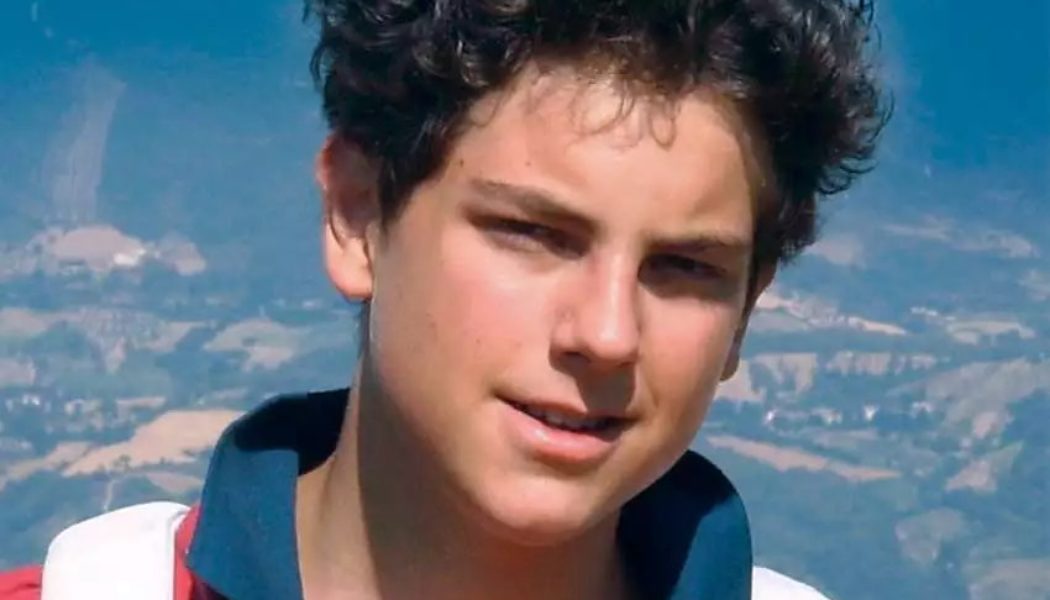 Here’s what’s new from The Pillar:

A Catholic school in the Archdiocese of New York aims to uniquely serve students with moderate and severe learning disabilities. While the trend in education is to focus on the inclusion of children with disabilities in typical classrooms — and while many Catholic schools have no special education programs at all — the John Cardinal O’Connor School is focusing on individualized education plans and multi-sensory teaching methods. Is it working? Read what the archdiocese, school officials, and parents told The Pillar.

House Speaker Nancy Pelosi was in Rome last week for meetings on climate change with G20 lawmakers. While there, amid a tense situation involving her own diocesan bishop, and her advocacy for expanded abortion funding, Pelosi met with Pope Francis. I took a look at how that meeting might be perceived by the U.S. bishops, as they prepare to debate “Eucharistic coherence” next month. Read all about it.

Yesterday, October 11, was the 59th anniversary of the Second Vatican Council. If you’re not quite sure what Vatican II was all about, or if you’re looking for a quick primer for your parish or classroom, we put together a guide for you — the what, the why, and the who on Vatican II. Read it here.

After four years of captivity, Sr. Gloria Cecilia Narváez Argoti, a Colombian religious sister, was released by jihadist militants in Mali this month. In the Italian press, Cecilia Marogna, a self-proclaimed spy for Cardinal Angelo Becciu, who is now on trial in the Vatican for corruption, is getting some of the credit for arranging the nun’s release.

But Italian intelligence services aren’t giving Marogna that credit. And earlier this year, they rebuked an unusual claim from Marogna: That she couldn’t stand trial in the Vatican because she had been simultaneously working as a secret agent for the Italian and Vatican City State governments. The Italian government said that was just not true.

Really, friends, the thing about the Vatican finance scandal, and all the characters associated with it, is that if you made this stuff up no one would ever believe it. An entirely surreal universe, right there in the Eternal City. Read about it here.

Our coverage is making a difference – we’re a voice for public accountability on issues in need of reform. Be a part of that work, and become a paying subscriber to The Pillar:

Keep it up guys!

‘Life is a chronic condition, isn’t it?’

A Colombian Catholic woman with a progressive neurological disease announced her intention to die this weekend by euthanasia. She would have been the first person in the country to die by euthanasia without a near-term terminal prognosis.

As her plans made headlines, The Pillar spoke with Dr. William Hughes, a Catholic psychiatrist living with Parkinson’s disease — Hughes talked about finding hope amid chronic suffering, grappling with depression, and the mission of the Church:

I have struggled with depression for the first time in my life, and I think it’s physical — it’s not just the stress or anything of the disease. I think the disease, like a lot of things that affect the brain, like with strokes and stuff — people have terrible depression and it’s a very physiological thing.

So in those times, I think you just kind of have to hang on and really fight, because there is a temptation to give up.

And, you know, it’s weird, it’s like, to me, the two wouldn’t necessarily go together, but somehow the idea of suicide presents itself in that moment, which is pretty creepy if you think about it, you know.

In a way it seems almost demonic that all of the sudden that idea could seem attractive.

Hughes also made a plea to Martha Sepúlveda, the Colombian woman planning to die by euthanasia:

I would ask her to, if she’s a Catholic with some knowledge of the faith, to please pray to her guardian angel to protect her from harm.

I would say to her, “Don’t treat Señora Sepúlveda that way! Don’t take her life! She means something to us, she’s our sister, in the human race and in the Church. Don’t do this to our sister!” In other words, get her to look at herself from the outside.

And then, well, this is really something — shortly after The Pillar published this interview on Saturday, health officials in Colombia announced they had again reviewed Martha Sepúlveda’s application , and decided to cancel her scheduled euthanasia. While her family says they will fight for her “right” to die, Catholics in the country are urging Sepúlveda to consider that her life is worth living.

The Pillar published this morning a very long, technical, and fascinating interviewwith Msgr. Andrew Wadsworth, executive director of the International Commission on English in the Liturgy, about ICEL’s work to translate the Liturgy of the Hours.

If you’re a liturgy nerd, or an aspiring liturgy nerd, or you’re just wondering how much work really goes into translating hymns and antiphons, read this. It’s a deep-dive into the fascinating world of translation decision-making.

The biggest challenge in translating these liturgical texts is that the euchology — by that I mean the way of praying — of these texts, which are often texts the Church has been praying with for hundreds and hundreds of years, has to be presented in a way that can be used now. That aspect of translation work is always going to present the greatest challenge, because sensibilities change.

The bishops of the commission were very keen to see a body of hymnody that in its style and character went well with the rest of the text. And that’s an important consideration when you think that often, when we’re singing older hymns in English, we’re singing in an archaic form of English. [In the new translations] although the hymns have an elevated register, they aren’t, in terms of their general character, archaic.

But in general, the character of the hymnody harmonizes with the rest of the liturgical text, which is English of an elevated register, but of a contemporary style.

If euchology discourse floats your boat, there’s a lot more where that came from. Read up.

A few other storylines worth knowing about, in brief:

— The European Court of Human Rights has ruled that European clerical sexual abuse victims cannot sue the Holy See, because it is a sovereign state and not subject to the jurisdiction of any other country’s courts. A group of 24 clerical abuse survivors attempted in 2011 to sue the Holy See in a Belgian court, at the same time they filed suit against local leaders. The ECHR’s decision Tuesday is its first case involving the sovereignty of the Holy See.

— U.S. apostolic nuncio Archbishop Christophe Pierre, who turned 75 in January, told Catholic News Service this week that Pope Francis has asked him to stay in post beyond the customary retirement age. The archbishop, who is helping the Vatican prepare for a late October meeting between the pope and President Joe Biden, did not indicate how long he will remain in his position.

— The Holy See has appointed a temporary administrator for the Archdiocese of Cologne. Cardinal Rainer Maria Woelki requested a four-month sabbatical following an investigation in sexual abuse cases in the archdiocese, which praised Woelki’s “determination to address the crime of abuse, to care for the victims and to promote prevention,” but said the cardinal had made “big mistakes” in his communication on the issue. The Holy See has said the sabbatical could be a time of “renewal and reconciliation.”

— Pope Francis on Sunday opened the global synod on synodality, saying that Catholics are called to become “experts in the art of encounter.” Dioceses around the world are expected to open their own phase in the process this Sunday.

Tuesday Oct. 12 is the feast of Blessed Carlo Acutis.

Acutis was born into an Italian family in 1991. Born in London and raised in Italy, Carlo’s family did not especially practice the faith. But Carlo was curious about religious practice even from a young age. He was catechized by a Polish babysitter. And when he received his first Holy Communion, he had an unusual growth in fervor and devotion for a child — insisting his mother take him to daily Mass, and to adoration of the Blessed Sacrament.

He was, in many way, an ordinary millennial kid. He liked Pokemon. He played Playstation. But he was also touched by the love of God in extraordinary ways — and he became an instrument of love. He befriended isolated kids, some of them disabled, at his school. When friends’ parents were divorcing, Carlo would invite them to his home, over and over, as a place of stability amid the storm of divorce. And he especially witnessed Christ to his own mother, who grew in faith because of her son’s example.

When he was 14, Acutis developed leukemia. He said he would offer up his suffering for the pope, and for the Church. After months suffering from the disease, Carlo Acutis died Oct. 12, 2006. He was buried in Assisi.

Since his beatification last year, Carlo Acutis has attracted extraordinary attention among Catholic young people. I suspect that’s because he witnessed what holiness can actually look like, in a life that seems ordinary, and relatable. Acutis was born, like many people his age, to parents mostly ambivalent about religion. He watched friends touched by divorce. He was catechized in a personal way — in the cor ad cor witness that seems relatable to practicing Catholics who were not initially catechized in a Catholic school or parish.

Acutis is a person of our time — he wore trainers and played Mario Kart. But his life is also set in our time, with all its particular challenges — and his life seems to respond to them directly. That shows, for a lot of people, that it’s possible to become a saint — to be consumed by love of God and neighbor — in a world that feels fractured, amid institutions that seem unstable.

Carlo is a witness that Christ alone matters — now, and always.

Blessed Carlo Acutis, pray for us.

Chris Arnade, the author of “Dignity,” is doing a project right now that you should check out.

Really, check it out. Arnade is walking across American cities, and documenting what American life really looks like, especially for people who don’t often get media attention.

On Saturday, he walked across Buffalo:

Thank you, as always, for sharing and subscribing to The Pillar — you make it happen. Feel free also to like us on Facebook and Twitter and to check out our merch.

Please be assured of our prayers, and please pray for us — we need it!