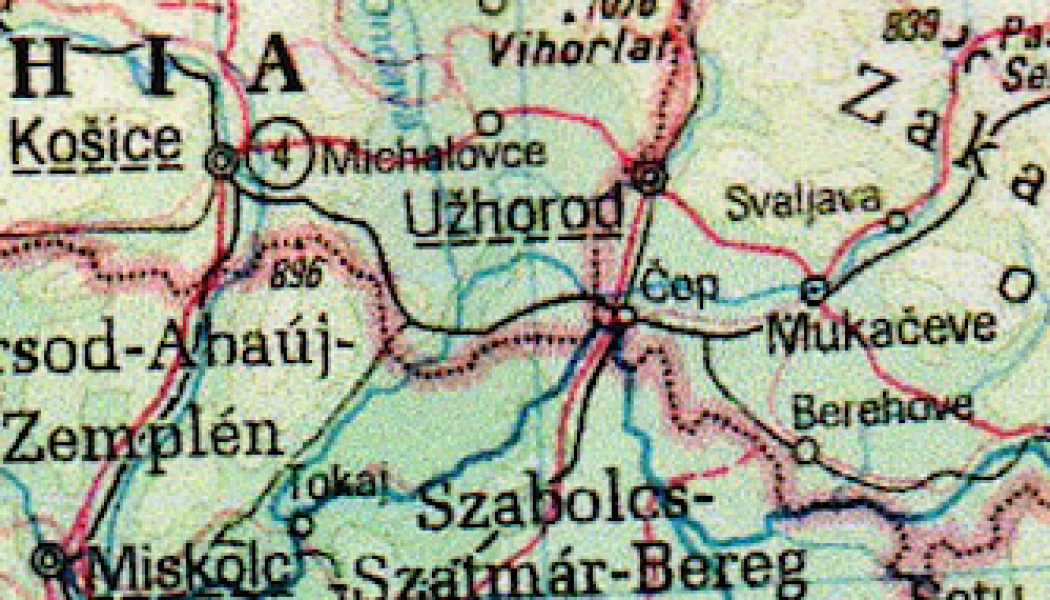 (s.m.) The previous post on the “strange shufflings” at the top of the Vatican congregation for the Oriental Churches has aroused considerable interest, in particular regarding the hypothetical creation of a “Church of the Ruthenians” in the sub-Carpathian region at the junction of Slovakia, Hungary, and Ukraine.

Alessandro Milani, a scholar well versed in religion and politics in Eastern Europe, has written us to challenge this hypothesis, but above all to illustrate the many ethnic and liturgical particularities of that region, which cannot be compressed under a single banner.

Milani is “maître de conférences” and “docteur associé” of the GSRL (Groupe Sociétés, Religions, Laïcités), which in turn is a research laboratory of the CNRS (Center National de la Recherche Scientifique) and of the École Pratique des Hautes Études in Paris.

Here is his letter, extraordinarily clarifying on the real face of the Catholic Church in that corner of Europe.

I read with great interest your post of February 25 dedicated to the removal of Archbishop Cyril Vasil from Rome and the consequent “promoveatur ut amoveatur” of Bishop Giorgio Demetrio Gallaro. The reasons for the turnover between the two prelates are outside of my expertise; instead I dwell on another element, substantial in the economy of the discourse, namely the “unprecedented and transnational Church of the Ruthenians” of which Vasil was to have become “major archbishop.”

You say well when you state that the new entity would bring together Slovaks, Hungarians, Croats (I would also add Czechs and Serbs, given that the Krizevci eparchy, suffragan of Zagreb, was divided after the implosion of Yugoslavia). I have difficulty following you in the next statement, in which you seem to suggest that these Byzantine rite Catholics are ethnically and liturgically Ruthenian, like those of the Mukachevo eparchy in Ukraine.

I disagree, given that the qualifier “Ruthenian” is a sticky wicket in both the historical-ethnological and ecclesiological spheres.

It is undeniable, in fact, that the Greek Catholic Churches of Slovakia and Hungary are daughters of the Mukachevo eparchy, but they have undergone long and profound socio-cultural evolutions that have led them to differentiate themselves from the reality of origin. Today the Slovak or Hungarian Greek-Catholic faithful feel predominantly part of their respective ethno-national communities. For this reason, popes Benedict XVI and Francis have erected “ad hoc” ecclesiastical provinces that follow state borders, having as metropolitan sees Presov in Slovakia and Hajdudorog in Hungary, with two suffragan sees each: Bratislava and Kosice for the former, and Miskolc and Nyiregyhaza for the latter. It is easy to believe that in both cases the decisions of the two popes came after having listened to Vasil’s qualified opinion.

Although it was defined as an eparchy of the Ruthenian-Catholic Church, Mukachevo was immediately multiethnic: the faithful of Ruthenian origin constituted the majority, but the Hungarian and Slovak components were always significant. In the eastern counties of present-day Slovakia and Hungary, biritualism was rather widespread and tolerated by the bishops. Requested by Habsburg empress Maria Theresa, the erection of the Mukachevo eparchy united Byzantine rite faithful from different backgrounds. As stated, the Hungarians and the Slovaks had always been Eastern rite Catholics (to be honest, some Magyars were former Calvinists converted back to Catholicism). The Ruthenians were mainly ex-Orthodox who entered into communion with Rome through the 1646 Union of Uzhgorod, an act not unlike that of Brest half a century earlier, with the substantial difference that in the former case the request to enter into communion with Rome was presented by a group of priests and faithful, while in the latter it was voted for by the bishops of the metropolis of Kiev.

The different origins and experiences created frictions, of which the erection of the eparchies of Presov and Hajdudorog is in some manner a consequence. In the Austro-Hungarian era, the three circumscriptions were suffragans of the primates of Hungary, which exercised their metropolitan power so much as to Magyarize the ecclesiastical elites (canons, seminary professors) from among whom the bishops were selected. But in the years after the First World War the three eparchies took different directions, in part because of the breakup and recomposition of states decided by the winning powers.

Presov experienced a rapid process of Slovakization, while maintaining an important Ruthenian minority component. The eparchy extended jurisdiction to the Czech part of the new state, even beyond its dissolution. The interwar period is significant because part of the Czech neo-Hussites converted to Catholicism and chose the Byzantine rite. This component is now a minority among the faithful of the Greek rite exarchate in Prague, erected in 1996, who are mostly Ukrainian immigrants of different regional backgrounds.

Hajdudorog, made up of Hungarians or Ruthenians strongly Magyarized already at the time of the erection, consolidated its identity, so much so that the discussion with Rome on the liturgical language did not concern Old Slavonic, but Greek or directly Hungarian.

Mukachevo, which today is “immediately subject” to the Holy See, was the only eparchy whose faithful were predominantly Ruthenian, albeit with Hungarian and Slovak minority members. In this context, the rift between the majority wing of the clergy, pro-Ruthenian, which emphasized its own liturgical and cultural uniqueness, and the pro-Ukrainian minority, which leaned toward the aggregation of the eparchy with the Slavo-Byzantine rite ecclesiastical province of Lviv. This diatribe continued under wraps during the years of the “Church of Silence” and re-exploded in 1991, so much so that Saint John Paul II decided to place a pro-Ukrainian auxiliary alongside the pro-Ruthenian ordinary. Dividing the eparchy into three was repeatedly conjectured, in order to create an ecclesiastical province that would be “sui ritus” or incorporated into the Ukrainian Greek Catholic Church, while preserving liturgical specificities.

For Krizevc a separate discussion has to be made, because the eparchy is geographically distant, and was not spun off from Mukachevo. The first faithful were Ruthenians sent by the Habsburgs to repopulate the area along the military border, but also converted Serbs. So here as well the Ruthenian component was important but not exclusive. After which, at the implosion of the Austro-Hungarian empire, Krizevci became the only Greek-Catholic eparchy of the Kingdom of Yugoslavia, and also extended its jurisdiction to the faithful of Albanian, Macedonian and Romanian origin. After 1991, it was divided between four ecclesiastical circumscriptions. Prizren, in Kosovo, is a biritual diocese. The Latin bishop of Skopje also oversees the Macedonian Greek-Catholic eparchy of Strumica-Skopje, erected in 2018. Added to these is the eparchy of Ruski Krstur in Serbia, erected in 2003. In Krizevci, the prevailing liturgical language is Serbo-Croatian, and there are more faithful of Ruthenian origin in the new Serbian eparchy than in the Croatian one!

Defining this variegated milieu as “Ruthenian” therefore seems simplistic to me, and I find it difficult to imagine that someone in Rome would theorize its merger in an “unprecedented transnational Church,” in particular an informed scholar like Archbishop Vasil, moreover in an era of inflamed nationalism.

Small detail: if it were to be established, this Church would not number 200 thousand baptized as hypothesized on Settimo Cielo (there are more Byzantine rite Slovaks than this), but almost 900 thousand, over a third of whom would live in the territory of the eparchy of Mukachevo alone.

With my warmest regards,