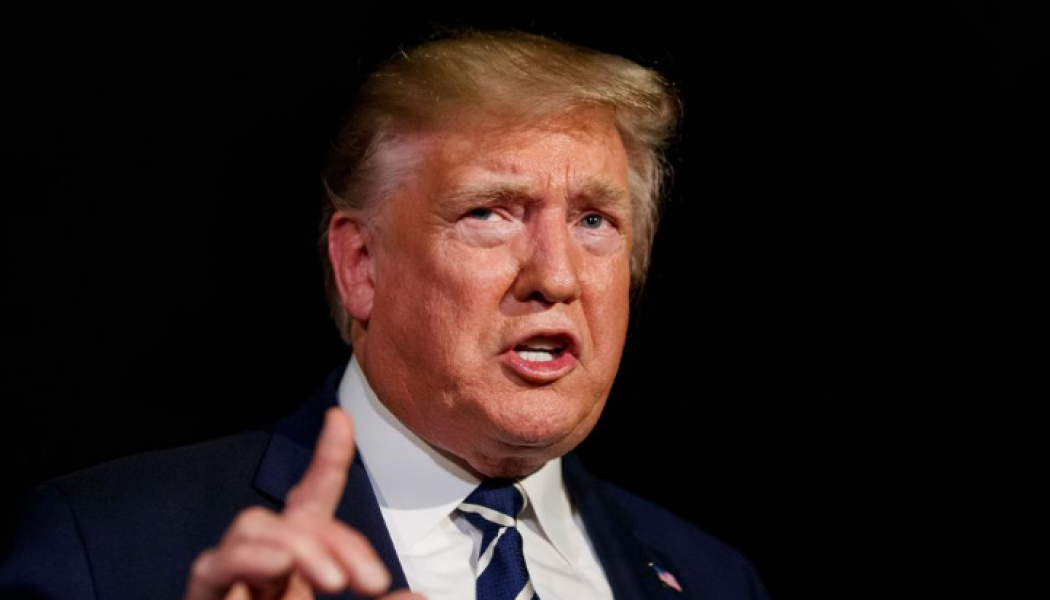 President Donald Trump is warning that socialist ideas could destroy America like they’ve done to Venezuela.
Speaking in Texas on the campaign trail Wednesday, the president said the policies of the “radical Left” would mean the death of American prosperity and devastate America’s energy industry. He points out that oil-rich Venezuela was once prosperous and successful, but now it’s an economic wreck, which could also happen to the US if we take the same path.
The president singled out Rep. Ocasio-Cortez’s nearly $100 trillion Green New Deal and argued that Joe Biden’s plan to mandate “zero-carbon emissions from power plants by 2035” will hurt America.
Earlier this month Biden announced his plan to spend $2 trillion over four years to create green energy, saying, “God willing I win and even if I serve eight years, I want to make sure we put down such a marker that it’s impossible for the next president to turn it around.”
Trump contends that would be disastrous. “The US energy industry would grind to a halt, and every single energy-producing state would be plunged into a depression,” he said. “Two million jobs would vanish overnight in only the state of Texas alone. And I think the number is probably a lot higher than 2 million. Millions more would disappear in New Mexico and Ohio and Colorado and Pennsylvania.”
“The policies required to implement this extreme agenda would mean the death of American prosperity and also the end of the American middle class. It would mean, I think, even worse than that. It would destroy our country. I used to say, ‘Would become another Venezuela.’ Same ideology. You would become another Venezuela. Venezuela used to be one among the richest in the world, per capita, and period, one of the richest in the world — among the biggest oil reserves. Now they do not have water, they do not have medicine, they do not have food. You got a lot of oil; it doesn’t matter. Doesn’t seem to matter. They don’t have anything. And that can happen to us.”
Trump Points to the Riots in Portland
Trump also points to the riots in Portland as only one example of why the threat of the far-Left should be taken seriously. He says if the problem there is not solved locally very soon, he’ll send the National Guard.

“All you have to do is examine Portland. Look at the agitators. Look at the anarchists in Portland. And our people have done an excellent job of protecting our courthouse. And I told my people, a little while ago: If they do not solve that problem locally, very soon, we’re planning to send the National Guard and get it solved very quickly,” he said.

Oregon Gov. Kate Brown has announced the Trump administration will withdraw federal officers who’ve been protecting the federal courthouse in Portland under nightly attack by radical protestors.
Local officials claim their presence is making things worse. Acting DHS Secretary Chad Wolf said local and state officers will now protect the courthouse.
However, Trump is sending a different message, saying the agents won’t leave Portland until the city is secure. The president is accusing Democratic leaders in several cities and states of not standing up to violent protestors.