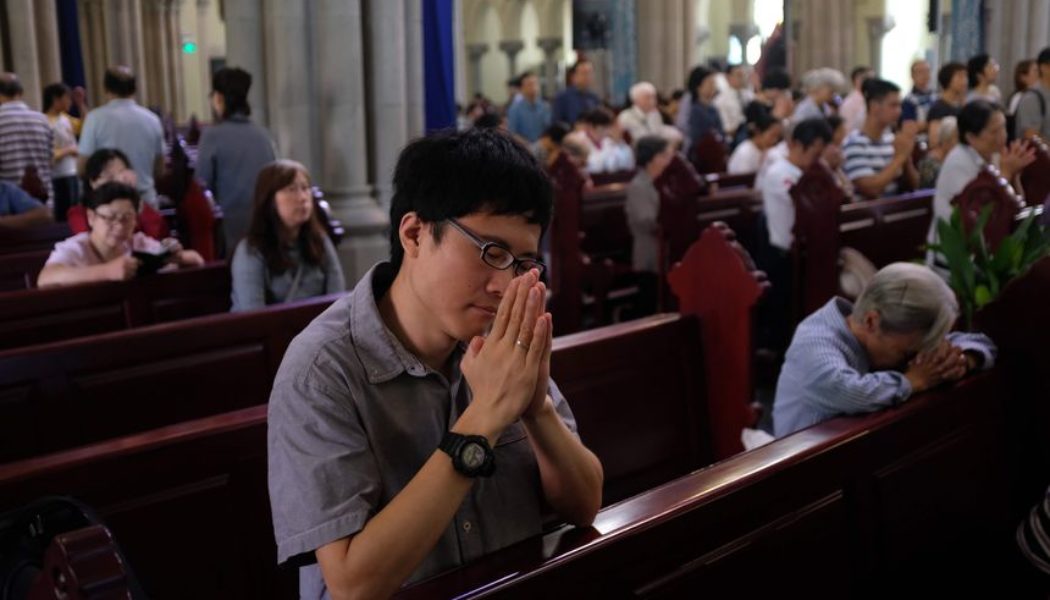 The Vatican announced on Saturday a two-year extension to its provisional agreement with Beijing governing Catholic affairs in China. On the same day, Hu Jintao, China’s former Communist Party general secretary (2002-12) and president (2003-13) and Xi Jinping’s immediate predecessor, was forcibly removed from the party’s National Congress. That body’s convention, which occurs every five years, marks a signature event in the nation’s political life. This year, it anointed Mr. Xi to an unprecedented third five-year term. Whether Mr. Hu’s very public exit was owing to age-related health issues or a brute display of Mr. Xi’s new power is unclear. But there’s a lesson in it for Rome either way.

The exact contents of the Vatican’s deal with Beijing, first signed in 2018, remain secret. Yet certain elements are known. The Vatican has recognized the formerly illicit bishops of China’s regime-controlled Catholic Patriotic Association. It has also agreed to the government’s role in the naming of new bishops. In return, Beijing has reportedly promised increased tolerance for China’s Catholics and legal protection for the unofficial “underground” church traditionally loyal to Rome.

Such arrangements aren’t new. The church has a centuries-long history of this kind of engagement when it seemed necessary. The trouble with such deals is simple: Sometimes they work; more often they don’t. And the church usually loses. Even when honored, the arrangements tend to turn religion into a chaplaincy for the reigning power. This erodes the church’s credibility and evangelical mission. States can also ignore whatever details of a deal they find inconvenient, since the church has little recourse. The 1933 Reichskonkordat between Germany and the Holy See is a classic example. The Nazi regime began violating the deal almost as soon as the ink had dried.

Pope Francis has defended the deal with Beijing. Responding to critics, he stressed that “diplomacy is the art of the possible and of doing things to make the possible become a reality.” The Vatican secretary of state, Cardinal Pietro Parolin, has stated that the China deal is “still in the experimentation phase. . . . As is always the case, such difficult and delicate situations require adequate time for implementation in order to then be able to verify the effectiveness of the result and identify possible improvements.”

Diplomatic gobbledygook can’t obscure awkward facts. Four years after the provisional agreement, many Chinese dioceses remain without a bishop. The underground church is still underground. Local Communist officials continue to bulldoze churches at their discretion. Bishops continue to be arrested or simply disappear. Hong Kong’s former bishop, Cardinal Joseph Zen Ze-Kiun, is currently on trial for “colluding with foreign forces” for his involvement with a fund defending protesters. Beijing continues to make amply clear that the Catholic Church is subservient to the state—with Catholic belief and practice subject to party doctrine.

One might argue that the church is skilled at thinking in the very long term, knowing that times, conditions and regimes change. A neutral observer might easily see the current moment as an inflection point in global affairs. Chinese power and influence are on the rise. Western hegemony seems to be in decline. The papacy has rarely been averse to shrewd realpolitik, so a Vatican strategy that bets on China and an eventual softening of Beijing’s approach to religion could make sense. It also fits comfortably with chronic European resentments of the U.S., shared at times within the Holy See, and the Latin American animus against the giant to the North in Francis’s pontificate.

But as former Czech dissident Václav Havel warned decades ago, ideological states are resilient. They’re not like standard dictatorships. China’s ruling elite and vigorous nationalism may seem familiar, but they’re not. They’re sustained by a left ideology that functions as a gnostic religion, hostile to any competitors. When combined with China’s social-credit and control system—the most invasive and pervasive in history—the church faces an entirely new kind of Caesar.

Which leads us back to the ejection of Mr. Hu.

Charles Chaput, then archbishop of Denver, served a term in the early 2000s on the U.S. Commission on International Religious Freedom. Archbishop Chaput traveled to China on an agency fact-finding mission during the Hu years, where he met the Patriotic Association’s bishop of Beijing: a man secretly married and little more than a flack for party policy. But Archbishop Chaput remembers that while “the Hu government was trying to fully control the church, there was also an unspoken hope that the two versions of the Catholic Church—Patriotic Association and underground—would easily come together once there was more actual freedom.”

That seemed plausible at the time. Many U.S. policy makers presumed economic engagement and its benefits would slowly democratize the Chinese system. They didn’t bank on being outsmarted. Mr. Hu, hardly a soft man on matters of religion, was succeeded by the much tougher and more focused Xi Jinping. “The kind of control of the church today is much sharper in its intensity,” Archbishop Chaput says. “And with the pope now on the wrong side of the issue, the China situation seems so very different.”

Different, yes. And for Chinese Catholics who might reasonably feel both betrayed and abandoned, worse.

Mr. Maier is a senior fellow in Catholic studies at the Ethics and Public Policy Center.