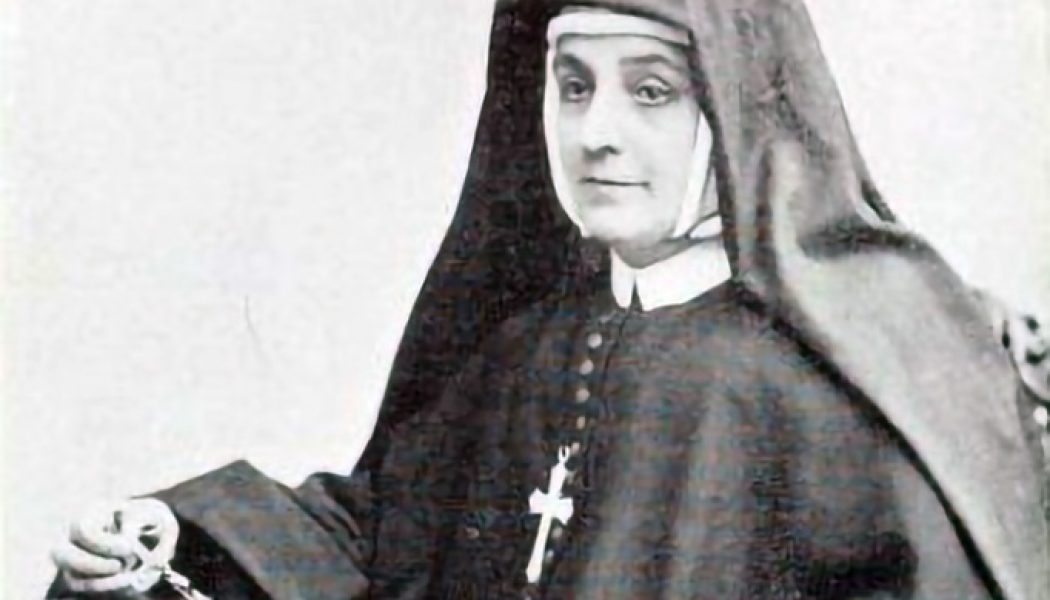 This Mystic Nun Lost Her Husband to the Priesthood, and Her Children to Her Husband

Venerable Cornelia Connelly shows us that no sacrifice made for the love of God goes unrewarded.

Venerable Cornelia Connelly is an odd case of vocational discernment. She was a mother, wife of an Episcopal minister, wife of a Catholic priest, and foundress of the Society of the Holy Child Jesus, although she took on the last two roles reluctantly. She and her husband, Pierce Connelly, had converted to Catholicism in 1835, long before Episcopal minister converts were allowed to become priests without having to give up their marriages. Exchanging family life for consecrated life wasn’t Cornelia’s idea, but rather one she gradually accepted as the will of God in the face of Pierce insisting on his own vocation to the priesthood.

Ironically, though, she was the one who persevered in both her new faith and new vocation.

Cornelia’s husband often serves as a foil for analyzing her life and sanctity, and perhaps it couldn’t be otherwise. As husband and wife, their lives were intimately intertwined. Pierce was also the catalyst for the chain of events that lead Cornelia to a unique vocation and put her sanctity in relief. Cornelia married the handsome, eloquent Episcopal minister in 1831 in Philadelphia. Afterward, they settled in Natchez, Mississippi, where Pierce was given a church. They had an exceptionally happy marriage, but he was becoming disillusioned with his ministry and Protestantism in general. He was on the verge of becoming Catholic. In 1834, he resigned his position in the Episcopal church to dedicate himself to the study of Catholicism. He wanted to go to Rome. As later events would show, Pierce’s reasons for conversion and what he expected from life in the Catholic Church were complicated.

Cornelia had been following her husband’s crisis and studies. Though she may have started into the adventure as a wife trusting the husband she deeply loved, she embraced Catholicism as her own choice during their stay in New Orleans awaiting passage to Rome. While Pierce was delaying his entrance into the Church until he could get all his questions answered in Rome — perhaps also to explore the possibilities of an ecclesial career before making a final commitment — Cornelia suddenly decided to seek admission into the Church independently of her husband. She was convinced she needed to be Catholic and that she couldn’t make the dangerous sea voyage without having taken that step.

In Rome, Pierce obtained a private audience with Pope Gregory XVI. No record exists of the exchange except that Pierce brought the Holy Father to tears. Afterward, Pierce not only requested to join the Church and be confirmed, but to also be considered for the priesthood. Cornelia was horrified.

“Is it necessary for Pierce to make this sacrifice and sacrifice me? I love my husband and my darling children, so why must give them up? I love my religion — why cannot we remain happy like the Earl of Shrewsbury and his family?” she asked Fr. John McCloskey, later archbishop of New York.

Cornelia at least had the relief that Pierce would first have to have his desire for the priesthood tested with time. The couple spent the next couple of years in Rome, living off the dividends of their investments and enjoying the company of English and American Catholic high society. Pierce was feted as a big catch of convert. Cornelia visited the poor with a friend, received spiritual direction, and took painting, language and music lessons. She wrote to her sister that she had never been so happy in her practice of religion. At the end of 1837, it became clear that the markets were crashing, and the Connellys had to return to Mississippi.

They soon found a new opportunity in the Jesuit mission in Grand Coteau, Louisiana, where Pierce started teaching English at the College of St. Charles and Cornelia taught music lessons at the girls’ school run by the Religious of the Sacred Heart. They both also took advantage of the opportunity for spiritual direction and retreats. Pierce wrote to his brother that Cornelia was “happy as a bird.” She was also expecting their fifth child when Pierce told her he had decided definitively that he was called to the priesthood. It was Oct. 13, 1841. Recalling that moment years later, Cornelia said that without the grace of God she would have collapsed. Instead, she asked Pierce to think it over again carefully, but she was ready to make the sacrifice, “and with all my heart.”

The Catholic Church considers men and women as equals in their marriage commitment and therefore Pierce could not become a priest without his wife freely consenting to it. She could have tried to force him to stay unhappily in the marriage, but Cornelia was too realistic for that and accepted this as God’s will. Even if she had decided to hold Pierce to their marriage, Cornelia would have had public opinion on her side, and the social and economic support of her siblings, some of them quite wealthy.

She then chose to enter religious life, a decision that was also completely her own. For Pierce to become a priest, she had to take a perpetual vow of chastity, but how she lived it was completely up to her. Cornelia was a woman of her age, but, above all, she was a woman who had been given an exceptional grace to deeply sacrifice her natural happiness for a higher purpose.

“Lord, if all this happiness is not for Thy glory and the good of my soul, take it from me. I make the sacrifice,” she had prayed shortly before Pierce decided on the priesthood.

Before Pierce’s ordination she also wrote to her brother, “We ought to look for a greater share of the Divine love in proportion as we are willing to sacrifice our natural happiness.”

In the end, Pierce died as a lapsed Catholic, but losing her husband — twice, in a way — was not Cornelia’s only loss. Like Mother Elizabeth Ann Seton before her, she was supposed to be able to raise her young children while starting a new congregation, the Society of the Holy Child Jesus. However, in his reversal, Pierce took the children away from her to try to force her back into their marriage. His persecution went on for years, and Cornelia died estranged from her children, though she had never stopped thinking about and praying for them. In the midst of her sorrows, she received mystical graces and shared them with others. During her lifetime, people reported prayers answered through her intercession and noted the healing, peaceful touch of her hand.

Cornelia Connelly shows us that no sacrifice made for the love of God goes unrewarded.

In 1992, the Catholic Church proclaimed Cornelia as Venerable. With the validation of one healing miracle of a serious medical condition through her singular intercession by the Congregation for the Causes of Saints, she will then go on to be declared Blessed.