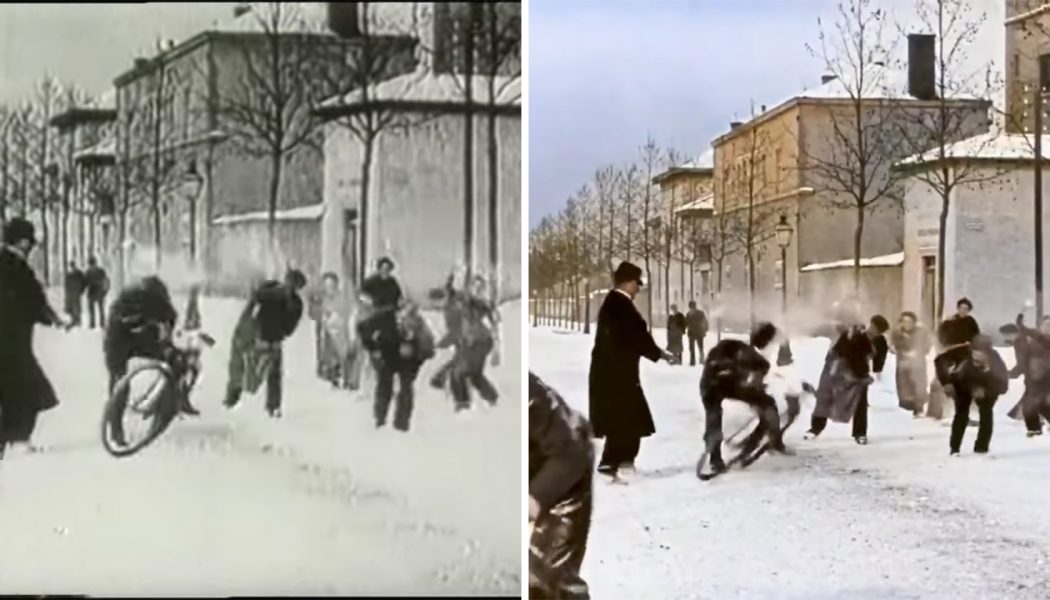 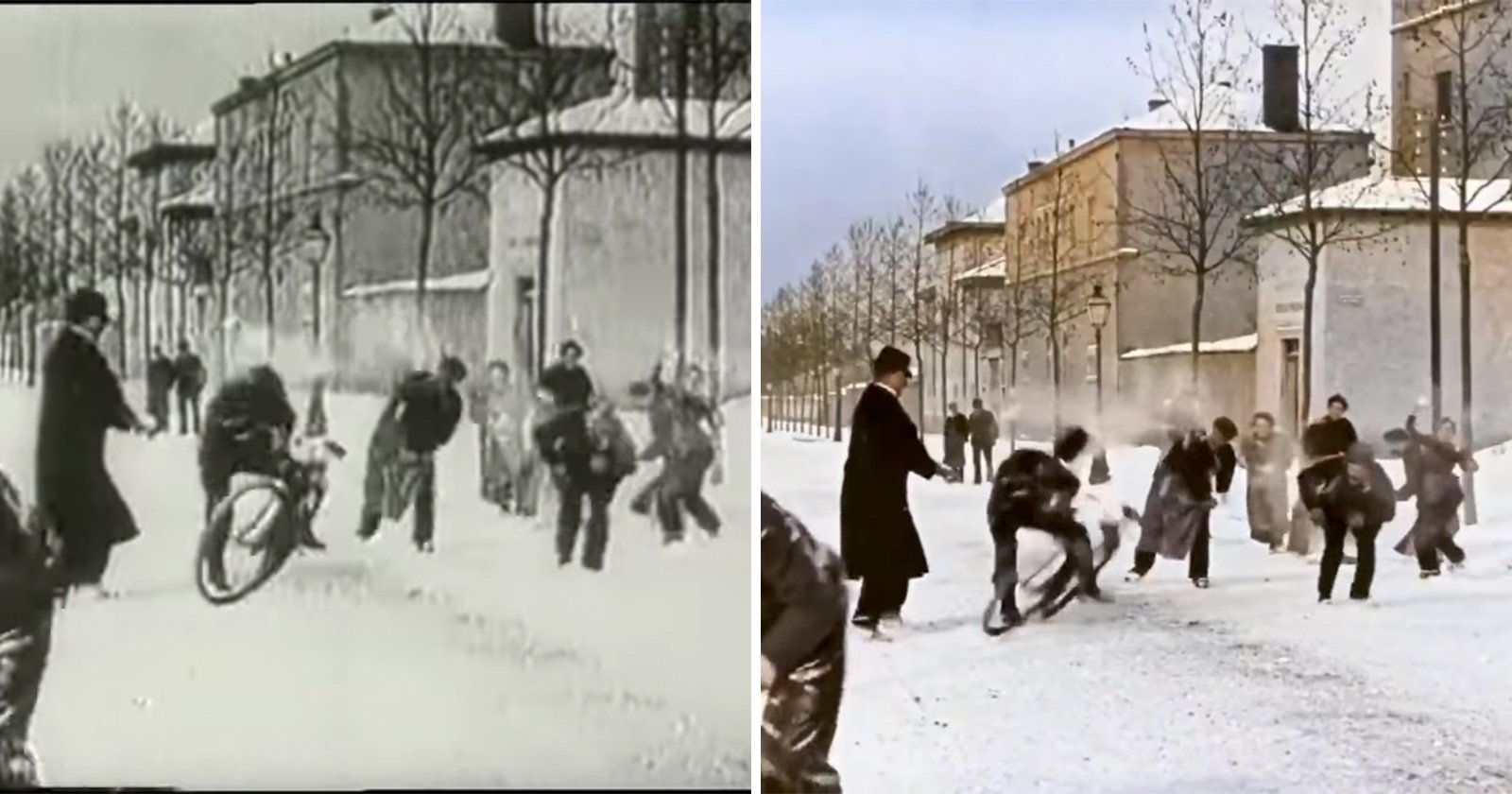 Just a few days before multiple historians went on the record with WIRED to explain why people shouldn’t be colorizing old footage and photos, yet another video that does exactly that went viral online. This time, the subject was the iconic film ‘Bataille de boules de neige’ from 1886.

‘Bataille de boules de neige,’ translated: Snowball Fight, is a French silent film created in 1886 by Louis Lumière of the Lumière Brothers—filmmaking pioneers who captured and popularized some of the first motion pictures ever made. The film was shot in Lyon, France using one of the duo’s all-in-one cinématographe creations, which was part camera, part projector, and part developer.

The colorized version was first posted to Twitter by Joaquim Campa, who used the AI-powered software DeOldify to upscale the footage to 1080p, interpolate additional frames for a smoother result, and colorize the old footage. While some tweets imply that the speed of the film has been changed, that doesn’t seem to be the case.

You can watch the colorized version up top, and the original film below:

While the historians cited in the WIRED article make some important points about why these altered videos could be problematic, there’s no denying their popularity or the impact they are having.

Sure, it can be argued that adding color, interpolating frames, and removing scratches is creating information that was never there and could “obscure the past instead of highlighting it,” as we wrote yesterday. But how many people (who aren’t film buffs) will have ever heard of ‘Bataille de boules de neige’ before today? And how many might discover a passion for filmmaking or history as a result?

Whether or not that trade-off is worth potentially misleading some viewers into believing this is what it was “really” like is a different question entirely. But as long as these AI-upscaled, colorized, and interpolated versions don’t somehow “replace” the originals in the annals of cinematographic history, the pros may, in fact, outweigh the cons.

(via All the Right Movies)