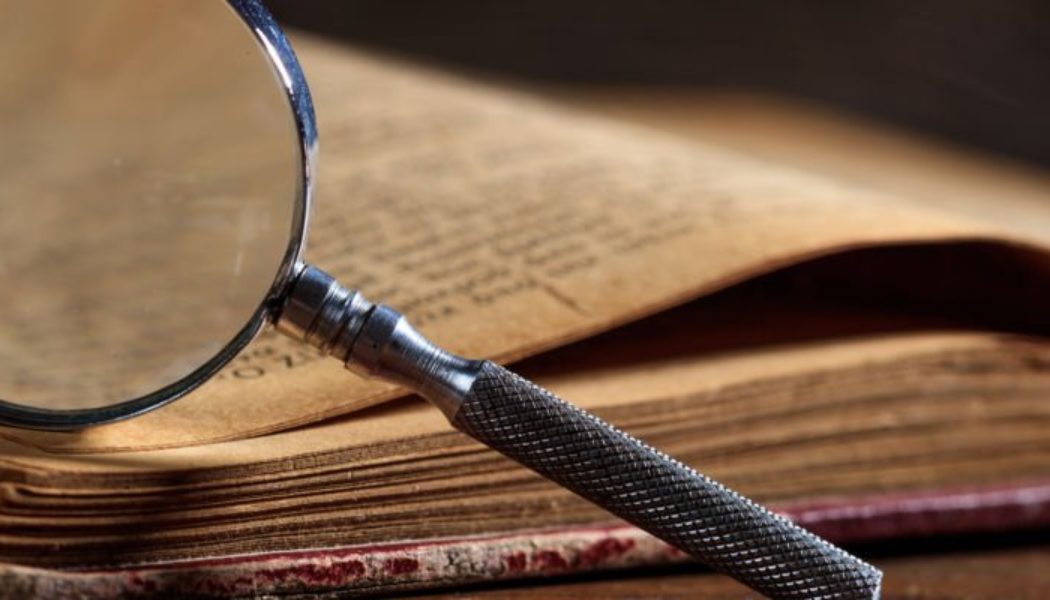 Before you read any farther, get out your Catechism and read paragraphs 115-118. The concept of Scripture’s twofold meaning presented here is grounded in a solid understanding of Jesus’ dual natures. Because Jesus is the Logos, the Word of God incarnate, and Scripture is the word of God written, there is a correspondence between who Jesus is and what Scripture is. Jesus Christ has two natures, a fully human nature and the fully divine nature. His human nature is a conduit for his divine nature—that is, everything he did as a man reflects or portrays some aspect of the invisible God.

Scripture works in a similar way. The Catechism speaks of two senses in Scripture: the literal sense and the spiritual sense. The spiritual sense, in turn, is made up of three kinds: the allegorical (or typological sense), the moral (or tropological sense), and the anagogical (or heavenly) sense. Thus, Scripture, the book that tells us about Jesus, also has two “natures”: a literal meaning and a spiritual meaning.

The literal sense of Scripture is the meaning conveyed by the words, discovered through sound interpretation. All other senses of Scripture are based on the literal. This literal sense accurately describes what took place. It also points us to deeper spiritual meanings.

The moral sense of the Old Testament is recorded for our instruction. It moves the Christian to act justly in the life of the Church by indicating to us what ought to be done.

The heavenly sense of the Old Testament leads us toward heaven and our fulfillment in heaven in the way that it tells us about the coming of Jesus.

In Genesis 1:1-2 and Matthew 3:16, the Spirit of God descends on water—the seas of the formless earth in the first case and the waters of the Jordan River at Christ’s baptism in the second. At first glance, that is the only correspondence between the two passages. However, further reading and reflection reveal that these are the only two places in Scripture that describe the Spirit of God moving over water. Because the Old Testament points to the New, and we have found a unique correspondence between these two passages, it seems reasonable to conclude that the Genesis passage is meant to help us interpret the passage in Matthew.

We can see the correspondences in each sense of Scripture. The literal sense: Each passage describes something that actually occurred—the Spirit of God moved over the waters. The allegorical sense: The description of the original creation of the world foreshadows the new creation we become through the sacrament of baptism. The moral sense: Just as creation was “baptized” into existence, so we must be baptized in order to become a new creation in Jesus Christ. The heavenly sense: In this baptismal (re)generation, God adopts us as his children, as beloved sons and daughters in whom he is well pleased, and brings us into union with him. Thus, the story of creation in Genesis tells us that, from the very beginning, even before God formed man, God always intended created man to be in unity with him, and that he accomplishes this unity through baptism.

If this is a valid way to read Scripture, we should find evidence for such readings within Scripture itself. And so we do.

Look at 1 Kings 18:20-40. Elijah forces the people of Israel to choose either Baal or Yahweh as their god by proposing a test: the prophets of Baal should each slay a bull and set it on dry wood, and Elijah would do the same. They should call on the name of Baal and Elijah on the name of God, and “who answers by fire, he is God” (v. 24). Baal’s prophets prayed to him all morning to no avail, though they cried aloud and slashed themselves with swords. Then Elijah repaired the altar of the Lord that had been thrown down by replacing the twelve stones on which it was built (one for each tribe of Israel). After he had people fill four jars with water and douse the slain bull and the wood three times, Elijah called in the name of the Lord. “Then the fire of the Lord fell and consumed the burnt offering, and the wood, and the stones, and the dust” (v. 38). The people believed, and Elijah had the prophets of Baal seized and killed.

In this rich scriptural passage, Elijah stands for Christ. He builds the altar upon the foundation of the twelve tribes (apostles). The wood on the altar represents the wood of the Cross; the bull represents the sacrificial offering Christ made of himself. The four jars of water represent the four Gospels, and the water itself represents the washing of baptism. The fire of the Lord is the consuming fire of God’s love, which transforms the substance of the elements offered on the altar until all is taken up in God. This complete acceptance of the sacrifice, together with the punishment meted out to the prophets of Baal, is a foretaste of the End Times, when Jesus will return to judge each according to his works. The passage foreshadows the sacraments of baptism and Eucharist and demonstrates the importance of the priesthood.

In 1 Samuel 16:1-12, the interpretation revolves around the fact that the word “Bethlehem” means “House of Bread.” Samuel is told by God to go to Jesse’s house in Bethlehem and anoint a new king. If anyone asks why he is going, Samuel is to tell him that he is offering a sacrifice that involves a banquet meal. Every attendee of the banquet had to be ritually clean. Upon entering the House of Bread, Samuel incorrectly identifies who is to be king. As a result, God warns him not to judge by appearances when looking for the king in the House of Bread, but to rely on God, who judges what is in the heart. Seven of Jesse’s sons appear, but none is suitable. It is only the eighth son who is suitable.

It is useful to recall that Jesus rose one day after the seventh (Sabbath) day—that is, on the eighth day. Thus, when we go to the House of Bread looking for the king, we are to judge not by appearances, but rather by what is in the heart—what is really there. When we do, we will find the Son of the eighth day, and we will know our king. The entire story points to the Eucharist.

Note that 1 Chronicles 11:16-19 and 2 Samuel 23:14-17, which also refer to Bethlehem, have similar Eucharistic overtones. In those passages, water is obtained from the cistern of Bethlehem through the work of three mighty persons. David connects Bethlehem’s water with their blood and pours it out on the ground as the priests do the blood libations at the altar.

Proverbs 1:1-6 provides additional confirmation. In this passage, Solomon tells us that he is writing the book of Proverbs in order to teach us how to understand a proverb: he will use proverbs to explain proverbs. Jesus was a wiser man than Solomon (see Matt. 12:42), and he taught constantly using parables (13:34-35). Yet Scripture witnesses again and again how he had to explain every figure he used (e.g., John 10:6). This is important for two reasons.

First, it confirms what both Luke and Matthew were inspired to record about Jesus: “The people who sat in darkness have seen a great light” (Matt. 4:16, Luke 1:79). Many of the people of Christ’s time, who lived under the Old Testament dispensation, were incapable of reading Scripture with the necessary New Testament understanding. Their minds needed to be enlightened to understand the parable they and their ancestors daily lived out.

Second, as Matthew 13:10 records, Jesus gave the apostles the ability to understand what the Old Testament “parables” pointed to. Indeed, Jesus in John 16:25 promises exactly that—there would come a time when he would speak to them plainly and not in any figure. However, he makes this promise just scant hours before the Twelve break and run like water. The promise is fulfilled only after the Resurrection: “Then he opened their minds to understand the scriptures” (Luke 24:45).

The Old Testament is written for our instruction. It is a morality play in which every event really happened and at the same time points beyond itself to eternity. Peter, Paul, James, Jude —each was inspired by God to demonstrate this new clarity of vision. Through the epistles, God shows us that the fourfold sense of Scripture is necessary for an accurate understanding of New Testament events. Indeed, even simple references to Jesus like “Lamb of God,” “the Good Shepherd,” and “the Paschal Victim” are shallow at best outside the fourfold sense.

The apostles, through the assistance of the Holy Spirit, were inspired to begin unlocking Scripture. This process continued throughout the early Church. The great Christians of the first millennia knew the technique intimately and wielded it like a two-edged sword against heretical opponents. They saw the apostolic reading of the Old Testament as the beginning of a process they were to bring to fruition.

This is why we never see Jesus or the apostles whipping out a dictionary to check the gender of a noun or the aorist tense of a verb. Paul never diagrams a sentence. The task begun by Jesus and the apostles is not yet complete—indeed, it may never be complete. It is still necessary for us today to search out the fourfold sense of Scripture in order to grasp the fullness of the divinely intended meaning in the Old and New Testaments.

This article is adapted from Catholic Answers Magazine, our print edition.