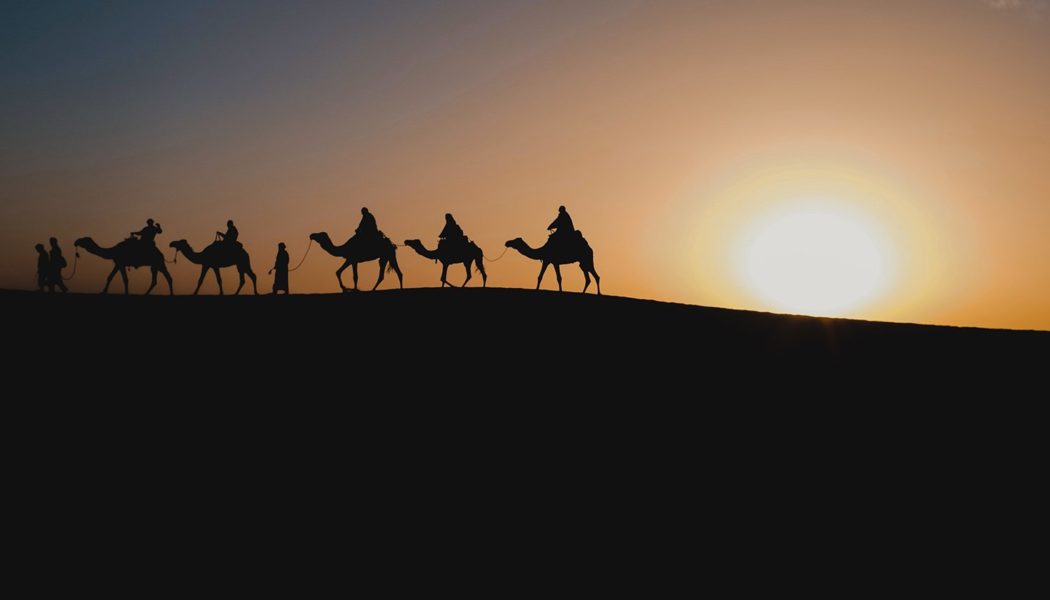 This Sunday the Church in the United States celebrates the Epiphany of the Lord, which is all about how God reveals himself to those who honestly seek him — and eludes those who don’t.

The Gospel and readings present examples of seekers of truth so that we will ask, “Which one am I?”

Compare three truth-seekers — the magi, Herod, and the scribes.

The Gospel introduces one set of seekers this way: “Behold magi from the east arrived in Jerusalem, saying, ‘Where is the Newborn king of the Jews? We saw his star rising and have come to do him homage.’”

Their motive is pure: They want to find the great one predicted by so many, and humble themselves before him.

“The magi are men who enquire into the nature of things philosophically,” says ninth-century German abbot Rabanus Maurus. Some in the West call them “wizards.” Not true, Maurus says. “In their own country they are held in other repute, being the philosophers of the Chaldeans, in whose lore kings and princes of that nation are taught, and by which they knew the birth of the Lord.”

The magi represent one way of searching for truth: Scholars who investigate the evidence of the universe and take a journey wherever it leads them, including to an encounter with God.

“Greatly troubled” by news of a savior, Herod assembled “all” the chief priests and scribes and “inquired of them where the Christ was to be born.” He also took the magi aside and told them, “Go and search diligently for the child. When you have found him, bring me word.”

He knew what knowledge he wanted; he asked for it and got it.

A third group of truth-seekers is very relevant to the lives of Catholics like me: It’s the Jewish experts themselves, who understood that the prophets were pointing to a child in Bethlehem, and didn’t let it change their lives.

They knew their Scripture backwards and forwards and quoted for Herod what it said about Bethlehem. But it didn’t cause them to seek out Jesus themselves. Why? Maybe their faith excited them and delighted them. Maybe they loved knowing everything they could about it. Maybe they had even at one time let it pierce their hearts and direct their lives, but had grown comfortable and complacent. Maybe their knowledge of the truth now no longer humbled them, but left them feeling triumphantly right while so many were pathetically wrong.

But these same three ways of seeking — humble scholarship, marshaling experts, and prideful learning — can help us confront a contradiction in two Gospels from this week.

The Gospels at Mass two days apart this week seemed to contradict each other.

Tuesday’s Gospel was Matthew’s story of the Holy Innocents, which continues the story of the magi by explaining that Herod ordered the death of infants to try to stamp out the Christ child. It ended this way: “Joseph rose and took the child and his mother by night and departed for Egypt. He stayed there until the death of Herod.”

Thursday’s Gospel was the end of Luke’s story of the Presentation of the infant Jesus in the Temple. That Gospel reading’s final words were: “When they had fulfilled all the prescriptions of the law of the Lord, they returned to Galilee, to their own town of Nazareth.”

So, which was it? Did they flee by night to Egypt from Bethlehem, or did they return to Nazareth from the Temple?

In his letter announcing the year of St. Joseph last year, Pope Francis followed the general consensus on the timeline, which puts the events in this order: 1) Presentation; 2) Epiphany; 3) Egypt:

“In the Temple, forty days after Jesus’ birth, Joseph and Mary offered their child to the Lord and listened with amazement to Simeon’s prophecy concerning Jesus and his Mother. To protect Jesus from Herod, Joseph dwelt as a foreigner in Egypt. After returning to his own country, he led a hidden life in the tiny and obscure village of Nazareth in Galilee.”

St. Augustine filled out that picture, suggesting that “when the things done in the Temple came to be spread abroad, then Herod discovered that he had been deceived by the magi, and then sent and slew the children.”

All the same, the apparent contradiction in the two Gospels have caused some to claim that the magi story was invented by Matthew. In the three-volume apologetics work Radio Replies, Australian priest Father Leslie Rumble (1892-1975) said that’s absurd.

“Some people are only too ready to take an inconsistency for granted, and then to use their assumption as sufficient grounds for the denial of inspiration. This attitude is most unscientific,” he says. “None of the Evangelists sets out to give every detail of Our Lord’s life, and it is absurd to say, ‘This writer should have given what we desire, if it be true; but he does not give it; therefore he knew nothing of it, and it must be false.’ On such a principle, any historian who gives what another historian chooses to omit, could be accused of falsehood.”

That’s true. And it points to these ways of knowing.

The humble scholar follows the evidence, willing to go where it leads. A marshaller of experts too often forces the evidence to point where he wants it to go.

In his own take on the magi passage in Matthew, Pope Benedict XVI enthusiastically quotes Klaus Berger’s 2011 commentary on the whole of the New Testament:

“Even when there is only a single attestation … one must suppose, until the contrary is proven, that the evangelists did not intend to deceive their readers, but rather to inform them concerning historical events. To contest the historicity of this account on mere suspicion exceeds every imaginable competence of historians” (Kommentar zum Neuen Testament, p. 20).

“With this view I can only agree. The two chapters of Matthew’s Gospel devoted to the infancy narratives are not a meditation presented under the guise of stories, but the converse: Matthew is recounting real history, theologically thought through and interpreted, and thus he helps us to understand the mystery of Jesus more deeply.”

But don’t forget that third kind of knowing: Those who find the truth but don’t act on it.

The Jewish scholars found the truth through God’s revelation in Scripture. The First Reading and Psalm give us some of the evidence they would have known — and also, perhaps, a possible motive for being slow to accept it.

“Caravans of camels shall fill you, dromedaries from Midian and Ephah; all from Sheba shall come bearing gold and frankincense,” Isaiah says, and then he explains what this will mean: “Nations shall walk by your light, and kings by your shining radiance.”

Sunday’s Psalm agrees: “Lord, every nation on earth will adore you.”

In other words, the Jewish experts would have known that when the Messiah comes, they would eventually have to share him with foreigners like the magi. And maybe they didn’t want to.

What would it look like for a Jewish scholar to accept Jesus? St. Paul shows us precisely what that would look like.

“It has now been revealed to his holy apostles and prophets by the Spirit: that the Gentiles are coheirs, members of the same body, and copartners in the promise in Christ Jesus through the gospel,” he writes to the Ephesians.

That’s the only Christian spirit worthy of the name: A spirit that sees the Gospel message as the common property of all souls — our friends and our foes, our political allies and our political enemies, people we like spending time with, and people we would rather not.

If we are among those blessed few who have, like the magi and like St. Paul, followed the God’s light, wherever it led — then we too should do him homage, and give him the gift he really wants — our life.

Shared hosting – your hosting expert. As a live chat support agent, you can work from anywhere as long as you have an internet connection. The importance of qualifying real estate leads: strategies for identifying the best prospects.