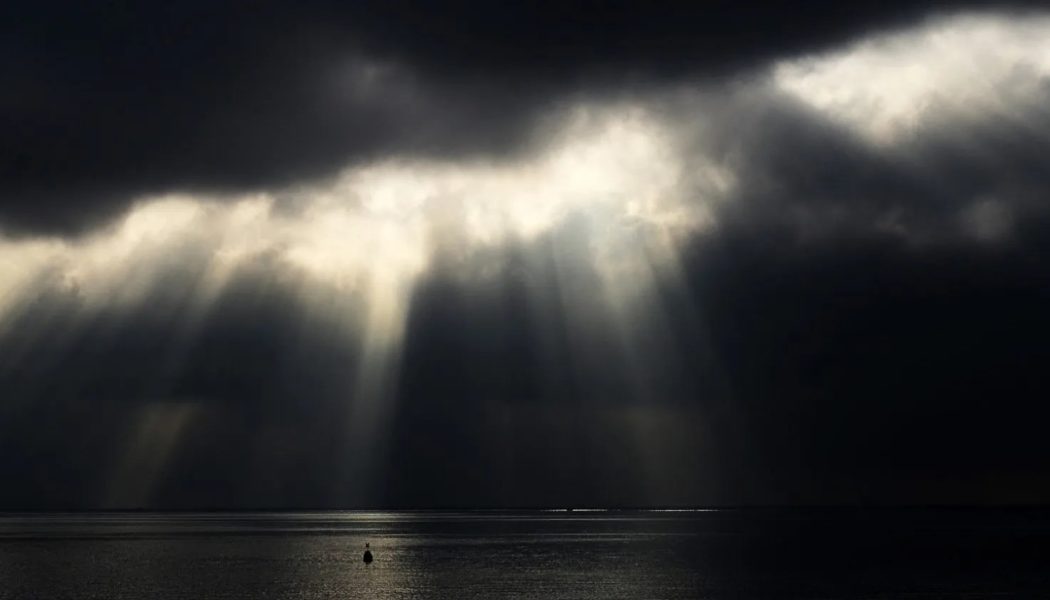 Jesus, St. Paul, and the seven martyr brothers of Second Maccabees all have the same message on the 32nd Sunday in Ordinary Time: Our situation is hopeless — except for one thing.

In fact, there is only one hope, and at first it might seems a far-fetched hope: the resurrection of the body.

In the Gospel, the Sadducees try to make the very idea of the resurrection of the dead seem absurd. Jesus answers by pointing out that an earth-bound existence is absurd.

In Jewish law, if a woman’s husband died, it was her duty to marry her single brother-in-law to produce offspring for the deceased. A Sadducee invents a scenario where one woman is the widow of seven dead brothers, then asks: “Now, at the resurrection, whose wife will that woman be?”

Jesus answers by saying, “Those who are deemed worthy to attain to the coming age and to the resurrection of the dead neither marry nor are given in marriage.”

In other words, marriage isn’t the place to look for your ultimate happiness. Marriage and family life is crucially important. It is the vocation for most of us and God raised it to the level of a sacrament to show its importance. But if we decide that our marriage is going to fulfill us completely, we will be sadly disappointed.

Ultimately, marriage, like the other sacraments, is a sign and source of grace that comes from elsewhere. It’s not in the sacraments themselves that we find ultimate happiness, but in the one who is present in them: Jesus Christ. Our marriage won’t deliver the happiness we long for. But if we live it properly it will lead us to the Beloved who will.

We vow married love “until death do we part” — because death will definitively part us.

Saying, “I want to stay married to you forever,” may be a nice sentimental thought, but if you think about it practically, it loses its charm. April Hoopes does not want an infinity of Tom Hoopes.

The fact is, no human being is enough to satisfy another human being. If we center our lives on each other, our faults will eventually ruin each others’ happiness. We were made for someone who will transform our weakness and perfect our virtues: God.

“Lord, when your glory appears, my joy will be full,” we pray in Sunday’s Psalm. We will only find what that means if we are “deemed worthy to attain” to heaven. What will we find there? In heaven we will be “like angels,” Jesus says, and “children of God.” Which is to say we will love everything God loves, the way he loves it, and see all people as brothers and sisters.

But heaven won’t be a strange, compromised existence. It will be a full, rich existence.

Elsewhere, Jesus compares heaven to a wedding banquet. The Psalms compare it to a feast on a mountaintop. After his Resurrection, Jesus cooks an outdoor breakfast that he shares with the Apostles, showing what we have to look forward to. The companionship of a celebratory meal is one of the greatest joys of life, and that’s what we can expect in heaven.

If that’s hard to believe, it shouldn’t be.

The very fact that we exist should be sufficient to give us faith in the Resurrection.

Sunday’s First Reading is about seven Jewish brothers who face persecution by Antiochus. They were told they either have to break the law of God by eating pork or face death.

This reading is taken from Chapter Seven of Second Maccabees. Elsewhere in the chapter, their mother urges the brothers to accept death, and uses the logic that underlies faith in the Resurrection.

She says, “I beg you, child, to look at the heavens and the earth and see all that is in them; then you will know that God did not make them out of existing things. In the same way humankind came into existence.”

She knows that the very fact that we exist is a mystery to us. Why is there something, and not nothing at all? And why are we even here to ask that question? If God could make everything from nothing, the martyrs’ mother argues, he can remake us, too. And if God chose to make us, why wouldn’t he choose to do it again?

Her logic is powerful to this day. But we hear a different part of Chapter Seven at Mass.

With or without political power, these brothers demand what a just society offers: Religious liberty, the opportunity to seek things of eternal value.

One brother tells the torturer, “[Y]ou are depriving us of this present life, but the King of the world will raise us up to live again forever. It is for his laws that we are dying.”

He knows what St. Paul knows. Human beings will always fail us, and our only hope is “that we may be delivered from perverse and wicked people,” says the Second Reading. But we have “everlasting encouragement” because “the Lord is faithful; he will strengthen you and guard you from the evil one.”

So, however the midterm elections turn out and whatever happens between you and your spouse, take heart.

All of these things will pass, and so will you and so will I. We have utterly forgotten many family members who made us who we are. After we die, our family will forget us, too.

But God will not forget. As Jesus says, the God of Abraham, the God of Isaac, and the God of Jacob “is not God of the dead, but of the living, for to him all are alive.”

This comes at the beginning of a month dedicated to the dead. Halloween showed the horror of death, All Saints Day emphasized the glory after death, and All Souls Day set the tone for the rest of the month.

We have hope in death, not because we will meet our family again, though we will — but because of the one who rose from the dead for us. Without him, the universe would be hopeless. With him, we have nothing to fear. Forever.