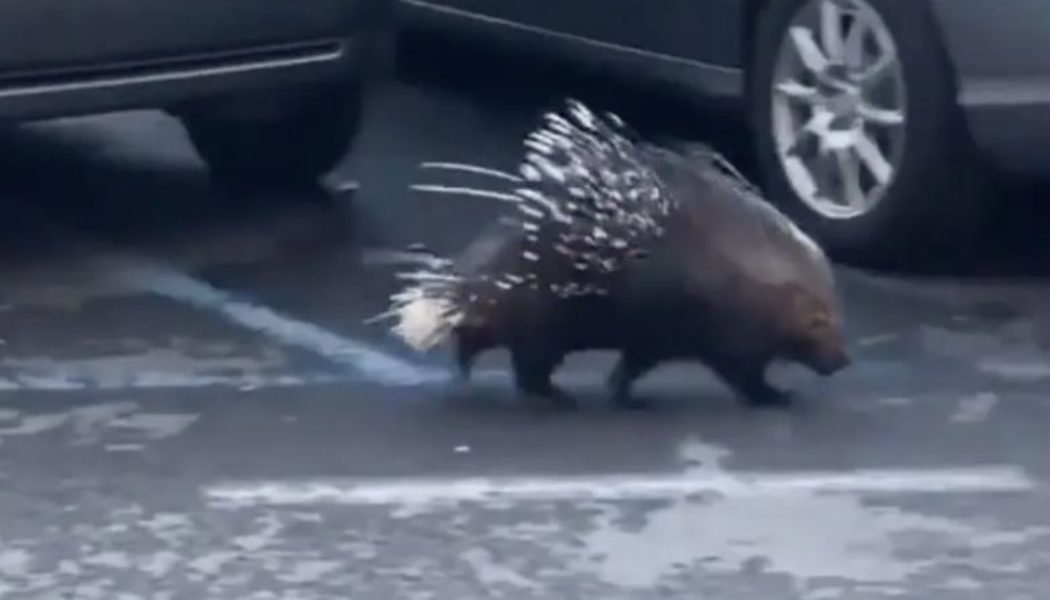 ROME – Rome already has become grumpily accustomed to the sight of wild boars roaming through the streets, often feeding on uncollected garbage and generally making a mockery of any pretense at city management. Indeed, viral images of one such family of boars strolling downtown in late September hammered the final nail into the political coffin of incumbent Mayor Virginia Raggi, who lost her reelection bid overwhelmingly last week.

This week it was the turn of a porcupine to take an unscheduled Roman constitutional, wandering around the city for hours and even poking its nose into several shops along the way before it was finally nabbed by animal control officers near the Vatican.

The thing is, that wasn’t even the weirdest development in or around the Vatican this week. I can think of at least three weirder things that went down – none of which, for the record, involved wild animals, except of the human variety.

Is the Pope OK?

The Vatican issued a brief statement Friday indicating that a Vatican delegation to the upcoming COP26 summit on climate change in Glasgow will be led by Italian Cardinal Pietro Parolin, the Secretary of State.

Ordinarily, such an announcement wouldn’t make waves since it’s the sort of thing Parolin gets paid to do, except that there’s been wide speculation that Pope Francis himself would travel to Glasgow to continue his climate change push. In most media coverage, Friday’s statement was taken to mean the pope won’t be going after all.

That may be a bit premature, since Francis is perfectly capable of delivering a last-minute surprise. The Scottish bishops appeared to hedge their bets, expressing sadness “in the event that he is unable to attend.”

In any event, here’s the weird part.

In a Sept. 1 interview with the Spanish broadcaster COPE, Pope Francis was asked if he was planning to go to Glasgow.

“Yes, in principle, the plan is that I go,” he said. “It all depends on how I feel at the time. But in fact, my speech is already being prepared, and the plan is to be there.”

In other words, the pope said the only reason he wouldn’t go is his health. Yet nobody seems to be asking the Vatican, if he is indeed under the weather, if it’s related to his colon surgery over the summer, what exactly his condition is, and whether there are other areas where he may be compelled to pull back.

The Vatican hasn’t said anything, and it doesn’t seem to be facing any serious blowback for that omission.

The biggest Catholic news flash of the past week centered on a blockbuster report on clerical abuse in France, which found around 3,000 abusers in the French church between 1950 and 2020 and a staggering 330,000 estimated victims.

While the conclusion as to abusers was more or less in line with other national-level reports, the estimate on victims was higher by several orders of magnitude. The 2004 John Jay report in the US, for example, found around 11,000 victims between 1950 and 2000, while the 2018 report in Germany identified roughly 4,000 victims.

When those earlier documents were issued, they faced criticism for under-counting victims on the basis that much abuse is never reported. The French team thus went beyond the total of actual accusations filed with either church or civil officials, conducting a mail-in survey of the French population and using those numbers to project a nationwide total.

Questionnaires were sent to 243,601 individuals in France, and 28,010 usable responses were returned. Those totals were used as the basis for the projection.

For the estimate of 330,000 victims to be accurate, it would mean either that the average abuser in the French church for the last 70 years victimized over 100 people, astronomically more than we’ve seen anywhere else, or that the real number of abusers in France is far higher than reports to date suggest.

While both possibilities may be plausible, it’s striking that virtually no one even seems to be asking the question. Certainly no one in officialdom, either in France or the Vatican, has even remotely suggested in public commentary that the numbers need a closer look.

Granted, that may represent progress over earlier eras in which church officials were axiomatically dismissive of any attempt to document child abuse in its ranks. Still, no one’s interests are served in the long run by getting this wrong, and it’s striking that, so far, no one in leadership seems to want to recognize that out loud.

Where are the tapes?

Though it sort of got buried under the avalanche of the French report and verdicts in a Vatican sex abuse trial last week, the Vatican’s “Trial of the Century” for financial crimes also held its first hearing since July.

To recap, at that July hearing defense lawyers claimed they were being denied key evidence by the prosecution, including videotapes of the testimony of Italian Monsignor Alberto Perlasca, a former head of the finance office within the Secretariat of State who’s rolled on his former confederates and is now providing evidence against them.

In July, the Vatican court ordered prosecutors to turn over the tapes by August 10, but the prosecutors refused, citing privacy rights of the parties involved.

When the trial resumed on Monday, the defense lawyers predictably demanded that the whole case be tossed out. Less predictably, prosecutors asked for a total “reset,” withdrawing all the evidence submitted so far and starting over from the beginning and reinterviewing witnesses – presumably meaning, among other things, that the Perlasca tapes conveniently would never see the light of day.

In the end, the three-judge panel agreed to only a partial reset and continued to request the tapes, skewering concerns about “privacy rights” by noting that flagging something as evidence in a trial is, by definition, a public act. The judges set a new deadline of Nov. 3 for the tapes to be made available to the defense.

The odd part is how velvet-gloved the court is being about the whole thing.

We all know what would happen if a prosecutor in a criminal trial in the States ignored a court order to turn over evidence – he or she would be wearing an orange jumpsuit and sitting on a bus to county lockup faster than you could say “contempt.” Yet the prosecution here has been hoarding these tapes for months, and, after defying one order to produce them in August, they’re now given yet another month to cough them up?

Part of it may be that the court doesn’t want to do anything that might be perceived as taking sides, or as rushed, in order to protect the integrity of whatever verdict it eventually issues. Part of it, too, may be that these are all veteran Italian lawyers who’ve known each other for a long time, and so a certain “gentleman’s club” ethos is inevitable.

Still, it’s hard not to wonder at what point the court will run out of patience … and not to find it just slightly weird that it hasn’t done so already.