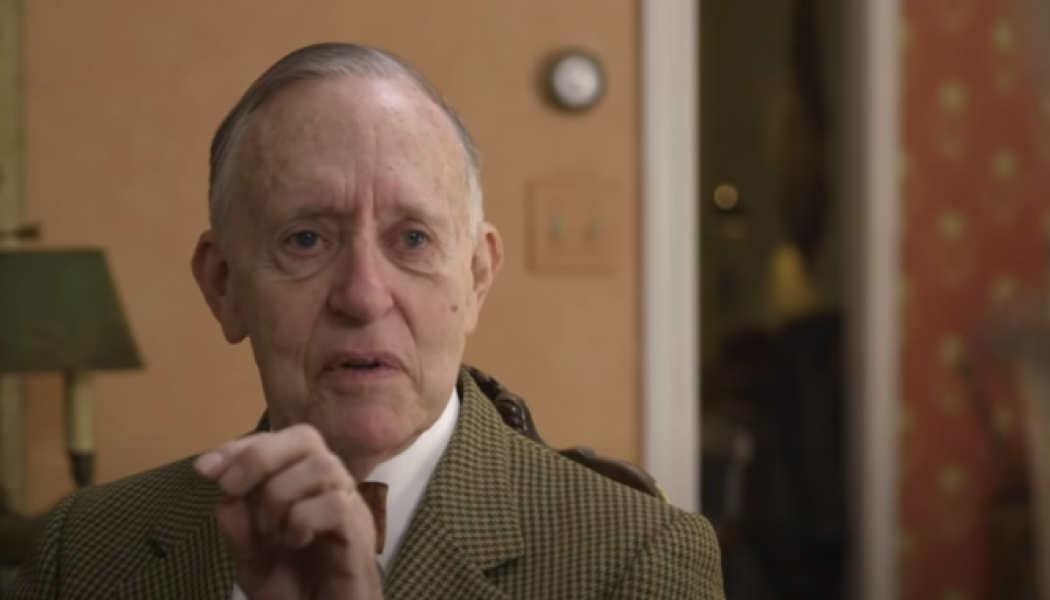 The widely beloved author and professor Tom Howard has gone on to his eternal rest. He rose to prominence in Evangelical circles in the late 1960s with his book Christ the Tiger (1967), then entered the Anglican Communion before he finally, as he explained, “read his way into the Catholic Church.”

News of his becoming Catholic in 1985 was monumental enough to justify a three-part series analyzing it in Christianity Today, the flagship Evangelical magazine in North America. But, for Tom, the Catholic Church was the home that he could no longer resist. “Roman Catholicism,” he said, “is the fruition, glorious unfurling of everything that we held dear. Every doctrine is there, but wonderfully unfurled.”

While he found a home in the Church, it was his everyday home that offered a window into the wonder and mystery he perceived in the ordinary material of life.

There was little in my life that felt ordinary when I met Tom Howard. My husband and I were introduced to him and his wife Lovelace in 1998 while living in Cape Ann, Massachusetts, a region wholly foreign to my California sensibilities. We were newlyweds—a convert and a revert, determined to forge our life together with new commitments to one another and to the Catholic faith.

Tom and Lovelace were old friends of my in-laws, having Protestant roots that overlapped with theirs. The Howards took us in from time to time for tea and conversation, and we eventually house sat for them for weeks at a time while they travelled.

And what a house it was! Walking into it felt like entering another world, one in which we, in our torn jeans and unkempt hair, did not quite fit and yet we were never made to feel that. The house was formal, but not self consciously so. More than that it was beautiful with the sort of elegance that felt somehow both lavish and understated.

One room was salmon colored another room was lemon yellow—cheerful colors but with an east coast sophistication that prevented them from feeling at all juvenile. Heirlooms and artwork adorned walls and tabletops with ease. Tom’s study was regal and comfortable, filled with his books, a welcoming sofa, an old desk, and his wooden kneeler for prayer.

He would leave whimsical notes around the house for us to find. An extra apple left on the counter bore a note announcing that it was entirely edible, and we could be assured it was not poisoned or left by some wicked storybook queen.

Being in their home felt both foreign and familiar. There was a feeling that there was something noble we were invited to pursue and that its pursuit did not require salmon walls or grand artwork, but rather a desire to incarnate spiritual realities into the day to day.

A move back to California after one year in New England cut short our connection with them. Two decades later, now writing Theology of Home books feels reminiscent of those early days at the Howards’. Somehow they helped form us without words into what our future home could become, even while looking very different.

In one of his many books, Hallowed Be this House, Tom writes of the meaning behind each room of one’s home pointing us to his larger message that the world is imbued with mystery. It is short, but thunderous, and represents the power of his perspective that ordinary domesticity can be either a crushingly mundane burden or a grand window into eternity:

The computer can, of course, tell us who worked at which task for how many hours yesterday, and therefore whose turn it is today. But it cannot tell us why a man should leave his father and mother and cleave to his wife, nor why that man should push that plow year after year, nor why his wife should stagger about for nine months every couple years bearing the fruit of his momentary pleasure, nor why she should get up a hundred nights in a row to suckle his infant and hers; nor why this ridiculous treadmill is spoken of in a holy Book as being a picture of the mystery of Christ and the Church.

In his books and in his life you got the sense that the great adventure of life was just as much in a family meal as it was on a mountaintop, and that growing blind to these realities would lead to a death more corrosive and severe than a mere ending. The ordinary and domestic can conceal and reveal depths and peaks that are inexhaustible and elicit awe, reverence, and delight if only we have eyes to see.

His words so many decades ago in Christ the Tiger speak best to what he most desired and in whom he placed his hope:

May Tom’s eyes be filled with the majesty of his true home, the longing for which he helped awaken in so many of us through his life here.