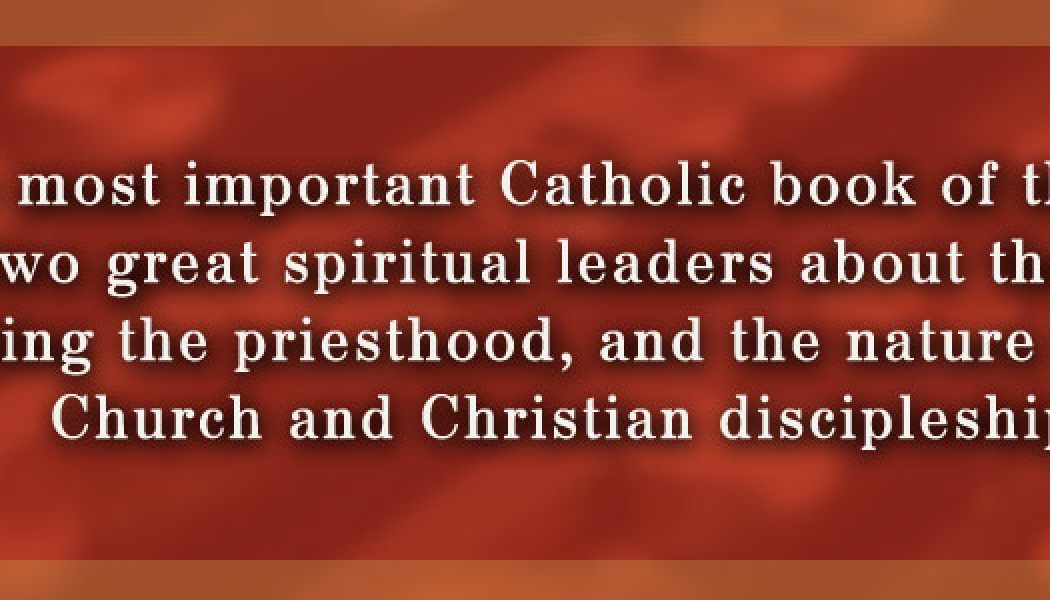 Over the past eighteen months, we’ve heard a great deal about the need for lay activism and lay collaboration in the management of Church affairs.  I’m all for it.  Such action items are, in principle, good and necessary.  And also admirably American in their practical focus.  But a caution:  They also risk obscuring a deeper problem.  The chronic, underlying illness of the Church in our country, in our day, isn’t prone to quick fixes, and real lay “power” doesn’t reside in money or professional skill or positions of influence within or over a Church bureaucracy.  It proceeds from a personal witness of holiness.

The abuse scandals of the past two decades are a brutal indictment of those priests and bishops who helped create the catastrophe.  Nothing can excuse their behavior.  But dysfunctional, promiscuous sex is hardly a clerical monopoly.  Behind a lot of the lay outrage over the ongoing sexual abuse tragedy lies a deep ambiguity in the faith and behavior of ordinary Catholic laypeople.

Too often, American laypeople use the language of faith when it suits us – when we need to reassure ourselves about the meaning of suffering or failure or death.  But, again too often, we don’t really let our faith rule our daily choices, including our choices in the public square.  Of course, this directly compromises our main vocation as laypersons: to be the leaven of the Gospel in the practical, daily affairs of the world.

To be it more bluntly: We American Catholics are often much more devout Americans than we are devout Catholics.  In effect, we’re good mainline Protestants who happen to go to Mass, more or less regularly.  And that affects not just our personal witness, but also our assumptions about the nature of the Church.

We call the Church mater for a reason.  Despite all the failings and warts of our clergy and ourselves, she’s our mother.  The Church continues the mission of Jesus Christ in the world.  She suffers for the world, forgives, heals, encourages, corrects and guides us exactly as a mother does.  It follows that the sooner we stop calling the Church an “it” instead of a “she,” or stop thinking of the Church as a religious General Motors or a sociology project, and begin to listen to her voice again as a mother, the better she’ll accomplish her work of changing and sanctifying the world.

We can’t love Jesus Christ unless we encounter him as a living person.  We do that primarily through his Church.  And we can’t love and serve – and properly help reform – his Church unless we accept her as our mother and teacher.  This can be hard for Americans because we have one foot in two very different types of societies.  The ecclesial, personal, familial nature of the Church is permanently in tension with the practical, democratic, horizontal, even vulgar nature of American political culture.

Bureaucracy is a major feature of our times, but the more institutionalized Church life becomes, the less effectively that life images the Church as mother and teacher.  Bureaucratic structures breed bureaucratic attitudes.  They sap personal faith by routinizing religious questions into impersonal committees, procedures, and ecclesial politics.

Ironically, what we laypeople have discovered as we’ve moved onto ecclesial councils and staffs over the past fifty years is something priests have struggled with all along: When your faith is your job, and you experience every day the quirks and sins of the imperfect people who inhabit and even lead the Church, how can you possibly “love” her?  In fact, how can you even want to see the Church as a “she” rather than an “it”?  Where is God’s hand in a national bishops’ statement that gets cobbled together from 300 comments, compromises, and bureaucratic maneuvering?

The layperson who serves around or within the structures of the Church needs a vivid daily prayer life to sustain a sense of zeal and mission.  When these flag in the persons who inhabit or collaborate with her structures, the ability of the Church to be a leaven in the culture very quickly declines.  When you don’t pray, you become a cynic; you focus on material results to the exclusion of God’s role in the success or failure of your work.  Ecclesial bureaucracies, I suspect, can have a higher – not a lower – percentage of practical atheists among their number than the general Catholic population, for exactly this reason.

Which is why every lay Church worker, adviser, and volunteer also needs to cultivate humility, patience and a sense of humor.  Laypeople have, and can have, enormous influence on the direction of the Church.  Most bishops welcome and rely on lay counsel.  But a layperson’s role is often invisible, and the results are often indirect and delayed.

Laypeople with a low threshold for tolerating ambiguity should probably seek to serve elsewhere.  Laypersons who lack the imagination to see beyond the American political and economic way of doing things will be actively unhappy.  If the Church really is mater et magistra, and the Bride of Christ, it follows that she is not an elected official, and not an appropriate target for internal pressure groups.

Finally, Americans are a people with a very poor sense of history.  Yet this is exactly what Catholic laypeople in general – and laypeople working for and around the Church in particular – urgently need.  Sin and failure are only demoralizing when we see them out of context, the context of God’s presence and victory, of which the Church is a living expression, despite the worst mistakes of her children and even the worst sins of her leaders.

Sin is vile, but it isn’t news, even when it comes from the clergy.  And if we really want to do something about it as laypersons, the answer isn’t a war for institutional power that violates the identity of the Church.  The answer begins with becoming holy ourselves, and letting God use us however he wants in shaping others.

*Image: Mother Church (Mater Ecclesia) from the Barberini Exultet Roll, c. 1087 [Vatican Library, Vatican City]. The scroll was created at the monastery of Monte Cassino and contains the text and melody of the exultet doxology for Easter Mass.