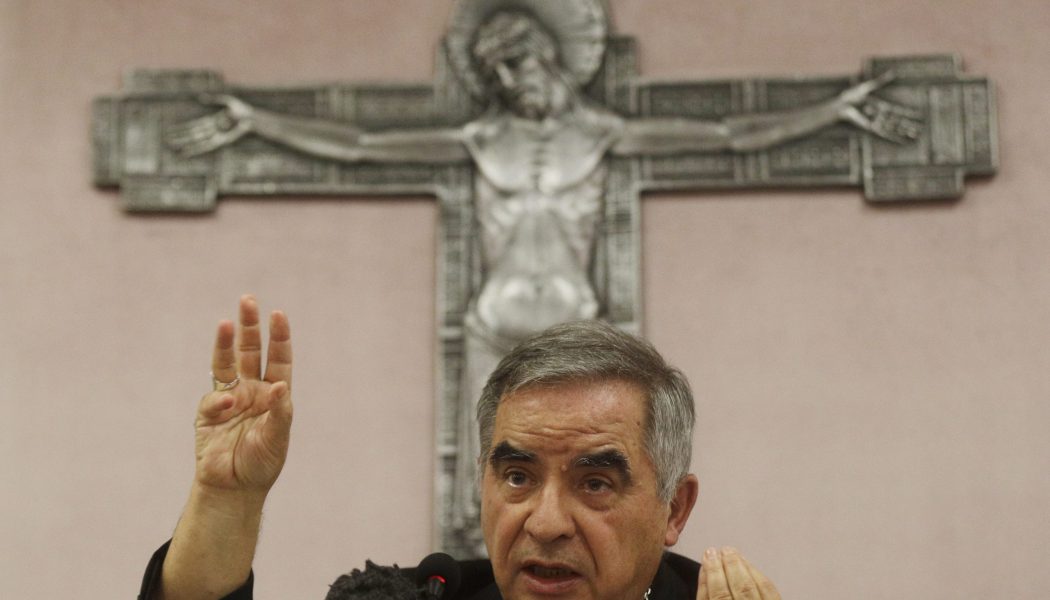 ROME – If you want to sell a scandal story, there’s really nothing like having a femme fatale at the heart of it all. You might think pulling that off would be problematic in the Vatican, legendarily perceived as an all-male domain, yet such female characters never seem to be in short supply whenever a new meltdown erupts.

What drove the second Vatileaks scandal in 2015-2016, at least in terms of media interest, was the prominence of Francesca Immacolata Chaouqui, a lay Italian PR official who served as a consultant to a papal commission studying Vatican reform, and who was accused of leaking confidential documents to journalists in tandem with a Spanish monsignor who headed the group.

The fact that Chaouqui was young, attractive and outspoken, with just a hint of a martyr’s complex, made the story irresistible. Further, the more she denied any romantic entanglement with Monsignor Lucio Ángel Vallejo Balda, the official with the commission, the more the Italian press couldn’t stop speculating about it, especially as saucy online pictures of Chaouqui and her husband made the rounds.

Pope Francis sacked Becciu from his post as head of the Vatican’s Congregation for the Causes of Saints on Sept. 24, along with all his rights as a cardinal. The pontiff demanded Becciu’s resignation after he had been linked to an expanding series of possible financial irregularities, including the $225 million purchase of a former Harrod’s warehouse in London.

According to Italian reports, Vatican prosecutors this week issued an extradition request for Marogna on the basis of charges that she received 500,000 Euro (roughly $590,000) from the Vatican’s Secretariat of State while Becciu was the sostituto, or “substitute,” in effect the Chief of Staff.

She’s said the money was for legitimate services related to her work as an international security consultant, suggesting she advised the Vatican on possible risks to diplomatic personnel and missionaries serving in dangerous spots around the world. Media reports, however, have been full of implications about Marogna using the funds to finance luxury purchases and expensive vacations, some taken in Becciu’s company.

How trendy is Marogna as a cultural celebrity right now? The Italian edition of Vanity Fair recently dubbed her “Lady Vatican,” and, for good measure, as the damme of Becciu.

On Friday, it emerged that Marogna, a native of the Italian island of Sardinia like Becciu, declined to give consent for her extradition to stand a Vatican trial. That means an Italian judge will have to rule on whether the evidence supports the request, a decision which, in theory, could be appealed all the way to the Italian equivalent of the Supreme Court.

For his part, Becciu has denied there was every anything untoward in his relationship with Moarogna, saying in an Oct. 7 statement that his contacts with her regarded “exclusively institutional questions.”

While we wait for the next shoe to drop, here are three thoughts on the Marogna saga.

First, don’t expect the story to be over anytime soon. Becciu and his family have already announced plans to file at least two lawsuits for defamation of character related to media coverage of the accusations he faces, and there’s no reason to think Marogna might not file legal challenges of her own.

Italy makes doing so remarkably easy. According to a 2016 study by the watchdog group Ossigeno in 2016, every year more than 6,800 claims are filed in Italian courts for defamation, the vast majority carrying potential criminal as well as civil penalties. On average, those cases require two and a half years for a police investigation to be completed, and a full six years to reach just the first level of judgment.

Granted, the vast majority of those 6,800 cases don’t survive the first review, and only eight percent end in a positive judgment for the party bringing the complaint – in 2014-15, there were 5,902 criminal charges of defamation in the Italian system and just 475 convictions, most of which resulted in either a fine or less than a year in jail.

Still, the timing involved means the Becciu and Marogna drama could be in and out of the headlines for years.

Second, the spotlight on Marogna is a reminder, should we choose to take it, that for all the talk about the Vatican as a bastion of male privilege, the reality is that plenty of women move in and out of the place. Some work inside the Vatican as employees, others serve on various commissions and academies, others are advisors and consultants, and still others, such as Marogna, are businesspeople who have dealings with one Vatican department or another.

One can’t help wondering if there’s a way of spotlighting the contributions of some of those women that doesn’t involve being caught up in a salacious soap opera? I haven’t done the homework to prove this, but it’s quite possible the two women linked to the Vatican who’ve drawn the most press coverage over the last decade are Chaouqui and Marogna, which is a depressing thought indeed.

Actually, the fates of both Chaouqui and Marogna may offer a cautionary tale for other women considering accepting an assignment on behalf of some senior Vatican prelate: Be very careful, or you too could end up as the next Mata Hari of the Italian gossip pages.

Third, beyond all the titillating speculation, the serious dimension of the Marogna story is its significance for Pope Francis’s ongoing Vatican reform.

One of two things will happen from here. Either this will become yet another Vatican example of what the Italians call a giallo, meaning an unresolved mystery – the word literally means “yellow,” a reference to the fact that once upon a time mystery stories were printed in Italian newspapers in yellow ink – or the Vatican will be open about the charges against both Becciu and Marogna, beginning now by laying out the charges, and being transparent along the way as investigations proceed and judgments are reached.

So far, the signs aren’t terribly encouraging. A Vatican statement announcing Becciu’s dismissal was one sentence long, and that’s the last official comment. It’s no good to say the discretion is to protect his good name, since from the moment that one sentence appeared, Becciu’s been a magnet for bad press.

Still, Pope Francis repeatedly has pledged himself to transparency, and the present drama provides an obvious test case.

If the story of the “Lady of the Vatican” is eventually printed in yellow, in other words, it’ll suggest one verdict on the pope’s reform; if none of us have to resort to the mystery pages to get the full story, it’ll support another.