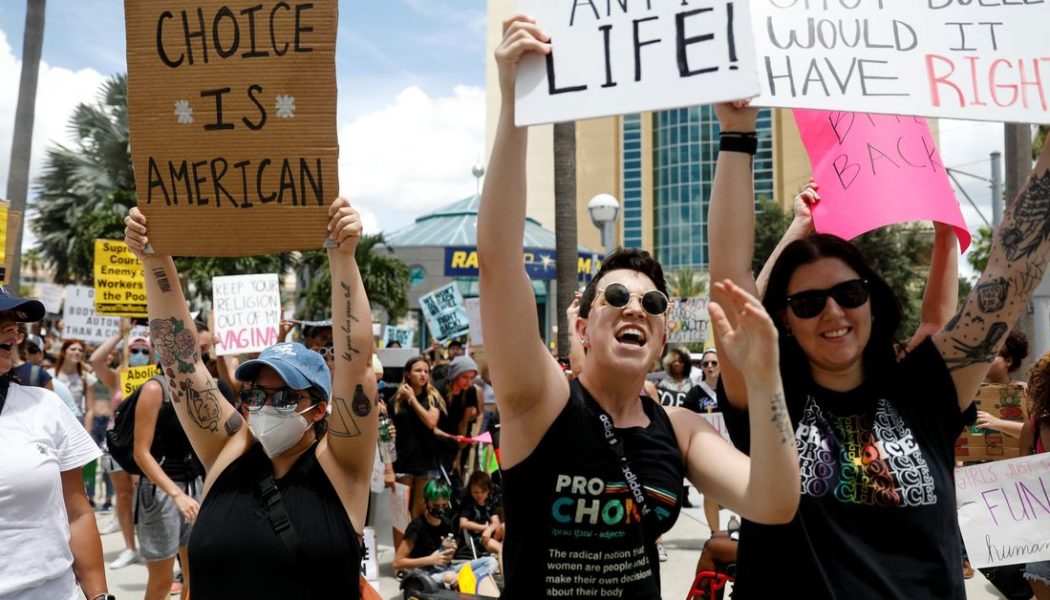 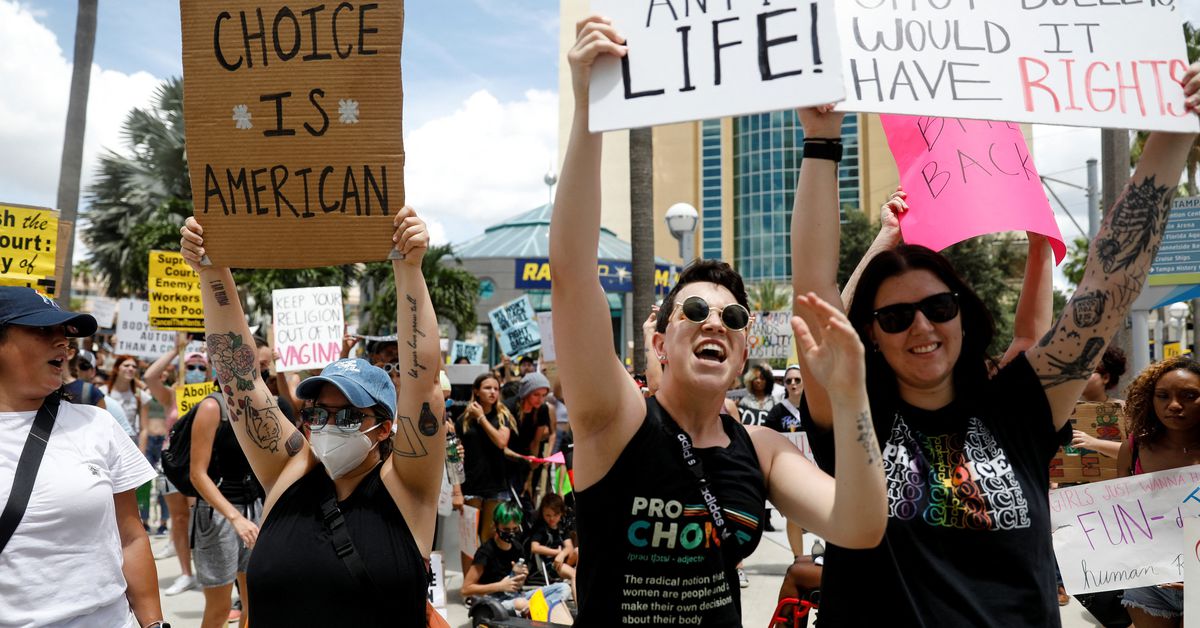 Abortion rights activists protest outside the venue of a summit by the conservative group ‘Moms For Liberty’ in Tampa, Florida, U.S. July 16, 2022. REUTERS/Octavio Jones

Aug 2 (Reuters) – Clergy members of five religions sued the state of Florida on Monday over a new law criminalizing most abortions in the state after 15 weeks of pregnancy, saying the ban violates their religious freedom rights.

The five separate lawsuits, filed in Miami-Dade County, claim the state’s ban curtails the clergy members’ ability to counsel congregants about abortion in accordance with their faiths, since Florida law prohibits counseling or encouraging a crime.

The plaintiffs are three rabbis, a United Church of Christ reverend, a Unitarian Universalist minister, an Episcopal Church priest and a Buddhist lama. They asked the court to declare that the state’s abortion law violates Florida and U.S. constitutional protections for freedom of speech and religion.

They also claim the abortion ban violates a Florida religious freedom law that prohibits the government from “substantially burdening” the exercise of religion, unless there is a compelling state interest that cannot be met with fewer restrictions.

Florida Attorney General Ashley Moody said in a statement that her office will continue to defend the statute. Marci Hamilton, a professor at the University of Pennsylvania representing the plaintiffs, said the cases are “absolutely essential” to address the tension between abortion restrictions and religious freedom.

A Florida synagogue has also filed a lawsuit challenging the abortion law. That case is pending in a different state court. read more

The Florida law, which bans abortions after 15 weeks with few exceptions, went into effect on July 1. Florida Gov. Ron DeSantis signed the law in April, before the U.S. Supreme Court’s June ruling overturning the constitutional right to abortion nationwide.

Jacqueline Thomsen, based in Washington, D.C., covers legal news related to policy, the courts and the legal profession. Follow her on Twitter at @jacq_thomsen and email her at jacqueline.thomsen@thomsonreuters.com.