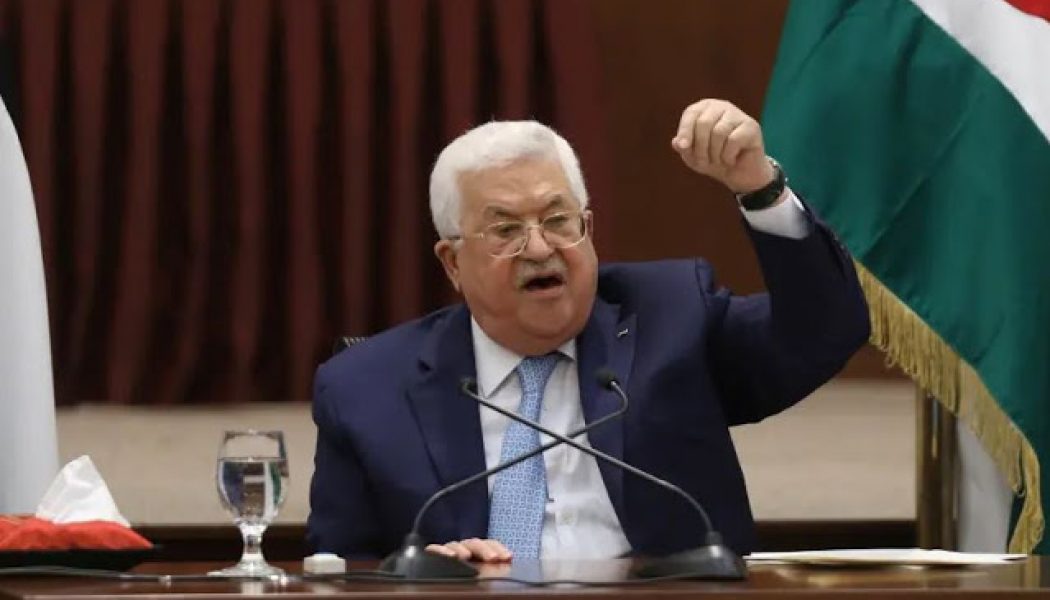 “I’m certain that if [Joe] Biden or any other president rises ‎‎[to power], the first thing that person will do is to declare that the [Trump’s] ‎deal of the century is off the table.”

In the official daily newspaper of the Palestinian Authority, Al-Hayat al-Jadida, Mahmoud Abbas ran on Sunday a front-page editorial with the headline “Trump’s ‎corona – false claims and expectations,” claiming that the US President Donald Trump may have “fabricated” his coronavirus infection “to win sympathy, and to avoid ‎future debates with his Democratic opponent, Joe Biden.”

The fact that Trump’s infection was announced shortly after his debate with ‎Biden “which Trump turned into the worst debate in history” makes it logical that Trump ‎wants to avoid future debates by feigning illness, said the PA newspaper.‎

Palestinian Media Watch published the translation of the piece and shared it with the Israeli press.

The editorial added that if Trump happens to actually be sick, his illness “will cause ‎[him] to re-examine the erroneous and aggressive policies towards humanity… while he fuels racist extremist ideas, and sides with ‎falsehood against the truth, and with occupation against liberation and freedom.”

The irony, PMW points out in its release, is that the PA daily also published on the same page a note coming from Saeb Erekat, the ‎Secretary of the PLO Executive Committee, who told CNN that “President ‎Mahmoud Abbas wishes US President Donald Trump and First Lady Melania a speedy ‎and full recovery‏.‏‎”‎

While this editorial was more than insulting and outrageous towards the US President, PMW states, it ended in a more appealing way, saying that “whether or not the US president has caught coronavirus, [the PA] will not ‎analyze this news based on wishful thinking,” where the quote “wishful thinking” might be a possible reference to the open hopes of the PA for a Biden election victory that will ‎completely change US policy and end the US peace proposal.

This was position has been expressed earlier by Erekat

A position that was made very clear earlier by Erekat, when he said: “I’m certain that if [Joe] Biden or any other president rises ‎‎[to power], the first thing that person will do is to declare that the [Trump’s] ‎deal of the century is off the table because they have issued statements.”