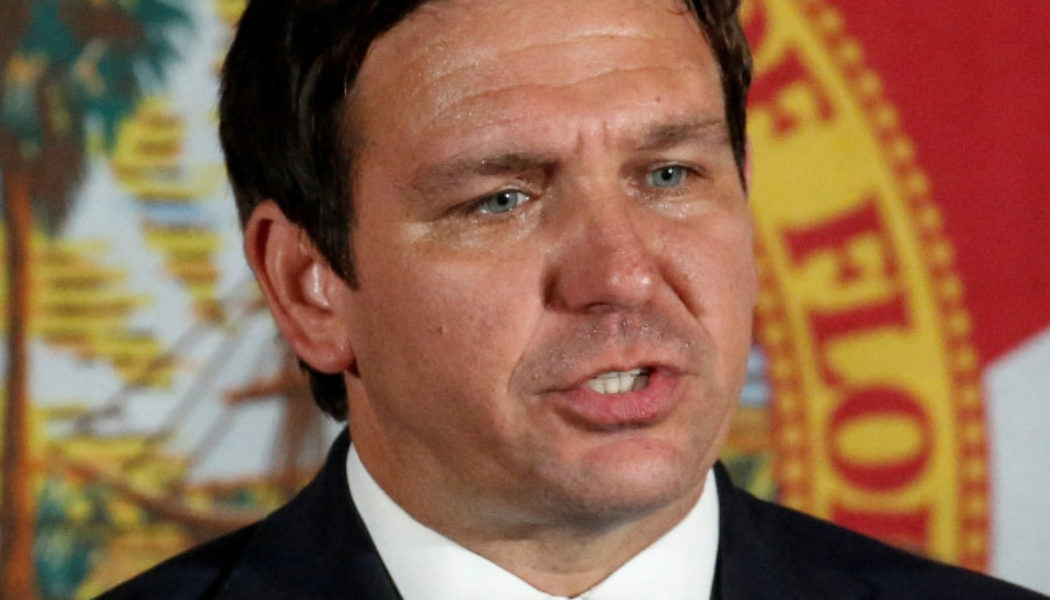 WASHINGTON (OSV News) — Former President Donald Trump announced Tuesday his third bid for the White House, potentially setting the stage for what could be a competitive Republican primary with Gov. Ron DeSantis (R-Florida), a Catholic, should he also choose to run.

If Trump’s third bid for the Republican nomination proves successful, it would set up a rematch between the ex-president and Democratic President Joe Biden, a Catholic who defeated Trump in 2020.

“America’s comeback starts right now,” Trump said of his presidential run at his Mar-a-Lago property in Palm Beach, Florida, alleging the United States has been “a nation in decline” under the Biden administration. His remarks came after he filed federal paperwork on Nov. 15 declaring his 2024 candidacy.

Trump’s announcement is expected to deter a number of potential rivals for the Republican nomination, as some Republicans have signaled they would not run against him.

But it also comes at a time when the GOP defied historic trends to underperform in last week’s midterm elections. Democrats will maintain control of the Senate, and Republicans are only on track to win a slim House majority, possibly by as little as one seat.

In his speech, Trump claimed credit for the GOP’s expected win of the House, while deflecting blame for the GOP’s overall midterm performance. However, Florida Gov. Ron DeSantis, who handily won his reelection as governor by 19 points and buoyed other GOP candidates to victory in Florida, appeared to encourage the implicit contrast between the results of his leadership and Trump’s.

“At the end of the day, I would just tell people to go check out the scoreboard from last Tuesday night,” DeSantis told reporters Nov 15.

Other Republicans have sought to cast the GOP’s poor performance as a referendum on Trump. Many of Trump’s hand-picked candidates lost their general elections, such as Pennsylvania Republican Senate nominee and television personality Dr. Mehmet Oz, who lost his race against Pennsylvania Lt. Gov. John Fetterman. That race helped seal Democratic control of the Senate.

Some of Trump’s closest allies, however, have sought to pin the blame on others, such as Senate Minority Leader Mitch McConnell (R-Kentucky). Rep. Elise Stefanik (R-New York), the No. 3-ranked Republican in the House and a Catholic, also sought to counter blame for Trump by endorsing his latest presidential bid days prior to his announcement.

Trump is also facing pushback from former Vice President Mike Pence. In an interview with ABC’s “World News Tonight” anchor David Muir about his new memoir, “So Help Me God,” Pence said Trump’s incendiary words at the Jan. 6 rally preceding the riot “endangered me and my family and everyone at the Capitol building.”

The GOP’s poor showing at the midterms may make DeSantis a more formidable opponent to Trump, as some Republicans become open to the idea of an alternative standard-bearer.

Without explicitly mentioning Trump, DeSantis said that Florida could be a “blueprint” for Republican victories at the ballot box in contrast to the “hugely underwhelming, disappointing performance” in the midterms.

“Florida, I think, really shows the blueprint of what you can do to not only win, but really to fundamentally change the overall political terrain in a very strong, pro-freedom direction,”

DeSantis told reporters and supporters in Fort Walton Beach, according to Florida Politics. The Catholic governor declined to directly speak to Trump’s jabs at him — such as the label “Ron De-Sanctimonius” — but characterized taking “incoming fire” as part of the job.

If DeSantis did seek and win the Republican nomination, the 2024 presidential contest could become a race between two Catholics, should Biden seek a second term in the White House, as he has indicated he will do.

Biden on Tuesday reacted to Trump’s announcement by sharing a video on Twitter contrasting himself with Trump by saying his predecessor incited a violent mob on Jan. 6, 2021, and had a poor record of job creation. Biden wrote, “Donald Trump failed America.”

If DeSantis runs, both Catholic political leaders are expected to tout policy positions or accomplishments in the general election, some of which reflect or deviate from Catholic concerns on the common good.

Biden has pushed through climate change and infrastructure legislation, a federal death penalty moratorium, and has initiated a student loan forgiveness program now challenged in federal court. However, the president has also adopted a sweeping abortion rights platform in opposition to the Church’s concern to protect life from conception to natural death.

DeSantis has built a record of job creation, keeping schools open during the COVID-19 pandemic and advancing the rights of parents in their children’s education, including legislation prohibiting discussion of gender identity and sexual orientation in K-3 classrooms.

But DeSantis also has clashed with Florida’s Catholic bishops over the Church providing shelters for unaccompanied minors and over his decision to transport Venezuelan migrants to Martha’s Vineyard, Massachusetts, in protest of Biden’s immigration policies.

The first votes of the 2024 presidential election cycle are still more than a year away, with Iowa and New Hampshire historically holding the first nominating contests for each party.