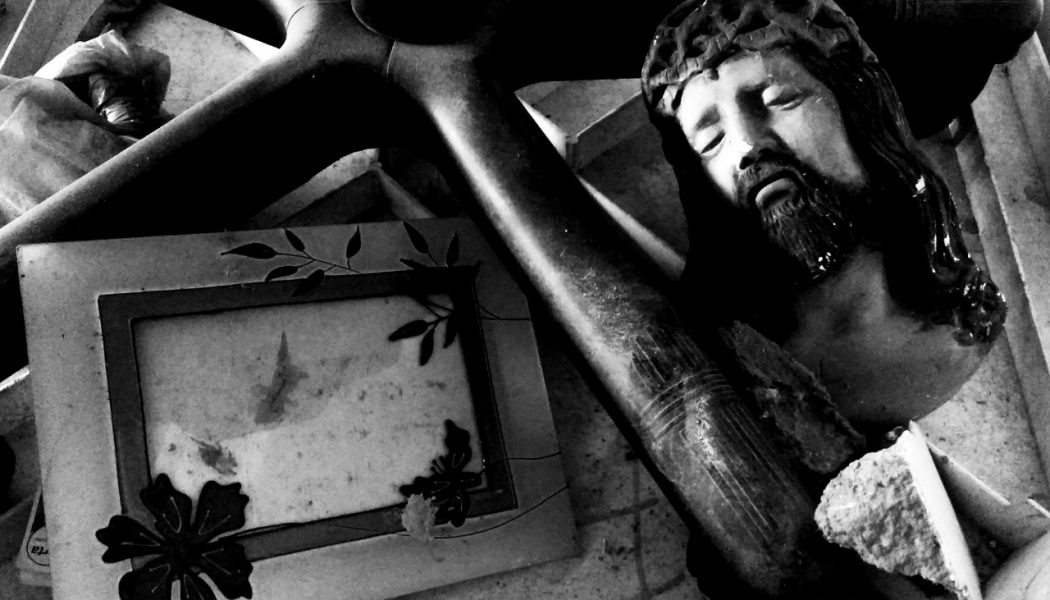 Two quirks haunt human nature. They are connected in a sick symbiosis, feeding off each other like the proverbial snakes gorging in mutual cannibalism. One quirk is the desire for paradise. The second is the demands of paranoia. One is a sweet sickness and the other sour.

The desire for paradise seems to be humanity’s default setting. We want to be happy. Indeed, in the land of the free and the home of the brave we are guaranteed “life, liberty and the pursuit of happiness.” The problem is in our definition of happiness. True happiness is the result of self discipline, hard work, a deep awareness that life has eternal significance and adherence to a religion that vitalizes and makes real that awareness. Unfortunately, the desire for happiness too often takes a less traditional route and we are drawn into a multiplicity of false turnings, counterfeit bliss and twisted delights.

While individuals search for their own pleasure dome, others form groups that seek to build a paradise on earth. Seeking utopia which is nowhere, they form ideologies, political parties, intellectual think tanks and action groups. They campaign and protest. They electioneer and commandeer. They rally the troops and push the propaganda. They look for a brave new world and don’t mind using the old cowardly methods to achieve it.

Worst of all are those who seek a religious utopia. Always looking for the perfect church, the ideal religious community or the completely correct theology or morality, they build little religious fortresses where all the people who are “good and right and true” can gather together to create a little sectarian paradise.

The  problem is that the paradise is never achieved. There is always disappointment and a fly in the ointment. The search for pleasure ends in addiction instead of satisfaction, and the search for utopia ends in hypocrisy, tyranny and terror. The panicked soul, realizing that paradise is unobtainable never blames himself, but always blames others, and this is where the other human failing begins to burgeon and bloom like a poisonous plant.

When it becomes obvious that Eden has a serpent, the garden has kudzu and the paradise is polluted, the next logical step is to conclude that someone is to blame. The searcher for paradise will never blame himself, for if he were so realistic and humble as to blame himself for anything he would never have began to pursue a paradise in the first place. Not able to blame himself, and faced with the realization that his paradisiacal dream is a failure, he immediately searches for someone else to blame. Shifting from paradise to parasite he feeds on others with a growing paranoia.

This resentment fuels a whole new perspective on the world. Bitterness takes the place of joy and despair replaces hope. In my book Immortal Combat-Confronting the Heart of Darkness I explore the dark labyrinth of this subterranean horror. The mind and heart spiral downward into the dark…the dream has become a disaster, and it must be someone’s fault! So the sad, sick searcher for paradise soon circles into a spiral of recrimination, accusation and blame, and it really doesn’t matter who they blame for the game is the same. “It is the Republicans’ fault. It is the Democrats’ fault. It is the white man’s fault. It is the black man’s fault. The poor are to blame. The rich are to blame. The Protestant’s are the problem. The Catholics are the curse. It is the fault of the young. It is the fault of the old. The Muslims are mad men. The immigrants are indigent. Women are wicked. Men are monsters.” You see how it goes.

Paradise and paranoia stand and struggle like two madmen strapped together back to back.

The answer to the problem is the reality and humility that comes with Christian faith. The first step in any pilgrimage with Christ is to repent. That is to say, “I am wrong. It is no one else’s fault but mine. It was me. What is wrong with the world? I am.” With that simple humility comes a clear eyed apprehension that if I am in the midst of the wrong, then so is everyone else and if that is the case, then we’re all to blame and there ain’t gonna be no paradise anytime soon. Indeed, the humble Christian happily admits, “We are citizens of another country. This world is not our home. We’re just passing through.”

When these two realities are met, the person stops looking for paradise and ceases to be paranoid. And, this is the paradox of paradise and paranoia—that once this state of mind is reached there is a certain abiding peace. and in that peace the happiness once so desperately searched for just might be found.