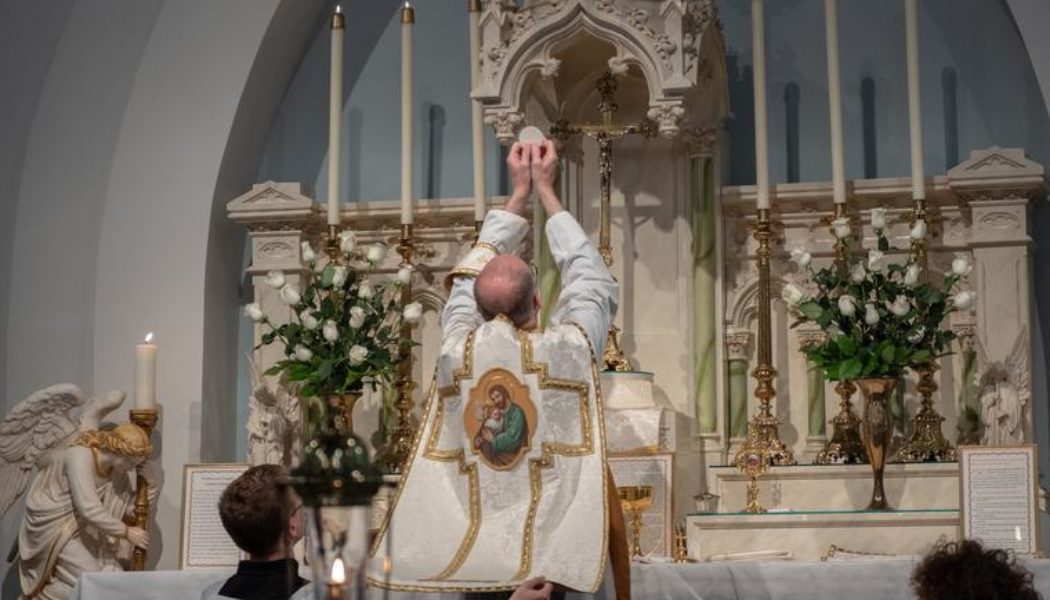 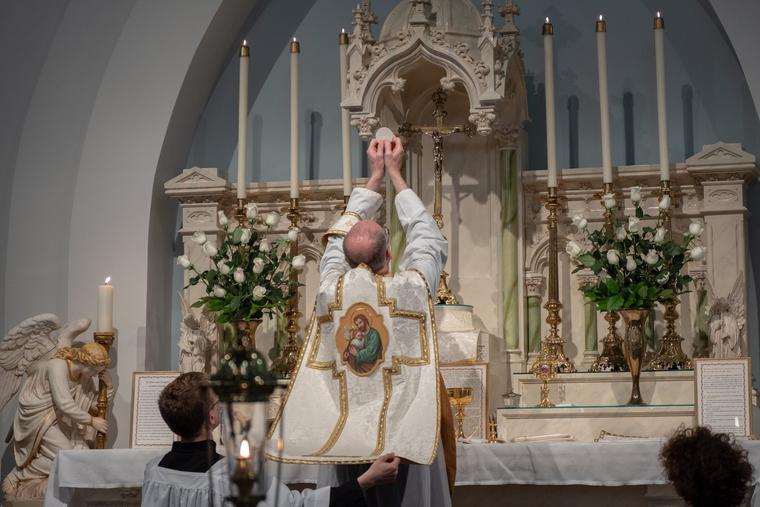 Some dioceses have communicated internally with their priests on Traditiones Custodes, but have not yet issued public statements.

Two weeks after Pope Francis issued his motu proprio restricting the use of traditional liturgies, bishops throughout the United States have continued to address the impact the letter will have on their respective dioceses.

Many bishops, such as Bishop Michael Fisher of Buffalo, have chosen to grant their priests temporary permission to continue celebrating the traditional Latin Mass while they themselves take time to study the document, Traditiones Custodes.

“At this time, I grant temporary permission for those priests competent in celebrating the Eucharist according to the 1962 Missal to continue to do so at the times and places that, as of July 16, 2021, have publicly scheduled these Masses,” Bishop Fisher wrote in a July 21 statement.

In other episcopal sees, bishops have allowed Latin Masses to continue at some parishes, while prohibiting them or restricting them at other parish churches.

In the Archdiocese of Kansas City in Kansas, Archbishop Joseph Naumann told priests in a July 27 statement that he had already allowed two locations — St. John Vianney Latin Mass Community in Maple Hill and the St. Rose Philippine Duchesne Parish in Mission Woods — to continue offering the Traditional Latin Mass. The two communities are served by the Priestly Fraternity of St. Peter, an order dedicated to the traditional Latin Mass.

At other parish churches, however, Mass according to the 1962 Roman Missal cannot be regularly scheduled on Sundays and holy days, he said. Proposals to celebrate the extraordinary form require discussion with him or his delegate “well in advance,” Archbishop Naumann said.

For priests of the archdiocese who “at times” wish to celebrate the traditional Latin Mass, they “may continue to do so for the present,” Archbishop Naumann said, adding that they must contact him by Oct. 1, 2021 for continued permission to do so.

The papal document, issued on July 16 and effective immediately, recognized the “exclusive competence” of individual bishops to authorize the use of the 1962 Roman Missal – which is in Latin – in their respective dioceses.

One of the provisions of the papal document — Article 3, § 2 — says that bishops should designate a location for Latin Mass communities that is not a “parochial church.” Some U.S. bishops have already issued canonical dispensations from this provision for parish churches already offering the traditional Latin Mass.

Bishop Carl Kemme of the Diocese of Wichita joined the bishops of San Bernardino, Springfield in Illinois, Biloxi, Toledo, Knoxville, and San Angelo in granting priests a canonical dispensation from Art. 3, § 2 of the motu proprio.

Elsewhere, some dioceses have communicated internally with their priests on Traditiones Custodes, but have not yet issued public statements.

In the Diocese of Austin, Father. Daniel Liu, rector of St. Mary Cathedral, posted on the Facebook page of the St. Joseph Latin Mass Society that Bishop Joe Vásquez allowed his parish to continue offering the extraordinary form of the Mass. The bishop gave his approval “as he continues to gather information and discern how the motu proprio Traditionis Custodes will be applied,” Father Liu wrote.

The St. Joseph Latin Mass Society, meanwhile, said that Vasquez has allowed the extraordinary form to continue throughout the whole diocese.

Catholic News Agency reached out to the dioceses of Green Bay and Santa Rosa to confirm that their respective bishops had issued guidance on the Holy Father’s motu proprio.

The Diocese of Green Bay said that Bishop David Ricken had given private guidance to priests on the motu proprio, and the Santa Rosa diocese said that Bishop Robert Vasa “may have” communicated with priests. Neither diocese would share that guidance publicly with CNA.

Cardinal Wilton Gregory of Washington D.C., who had allowed celebrations of the traditional Latin Mass to continue while he reviewed Traditionis Custodes, this week withdrew his permission for the celebration of a solemn pontifical Mass that was to be offered Aug. 14 in D.C.

The Mass, scheduled to be at the Basilica of the National Shrine of the Immaculate Conception, was organized by the Paulus Institute, a group dedicated to promoting the sacred liturgy.

Donna Bethell of the Paulus Institute said in a statement on Tuesday that Cardinal Gregory “cited Traditionis Custodes as the reason” for his decision, “without further specificity.”