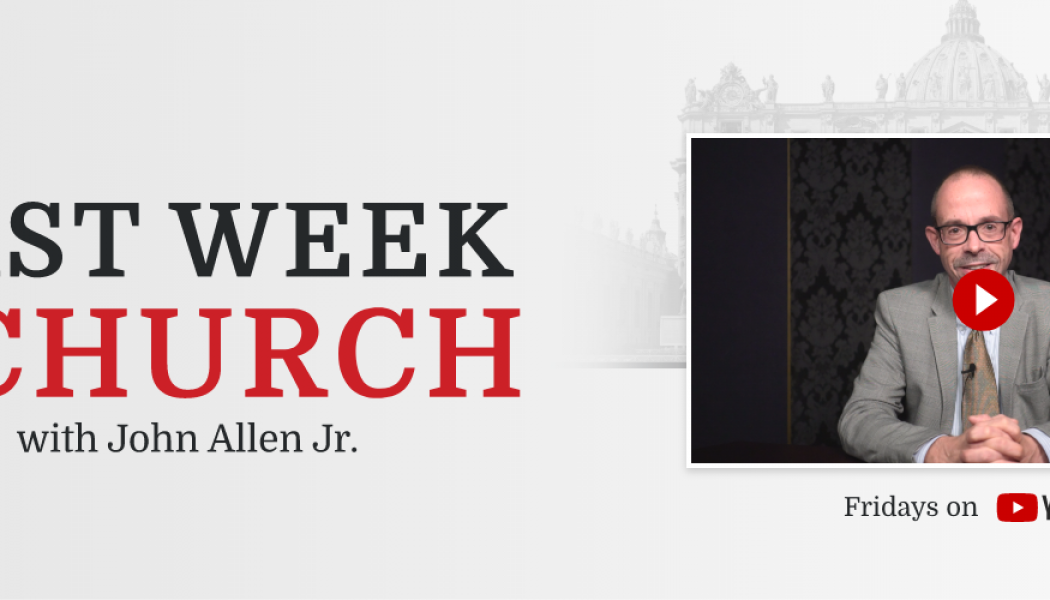 ROME – For those who know him, and many do, Italian Cardinal Pietro Parolin, the Vatican’s Secretary of State and thus the top aide to Pope Francis, is not typically a figure who conjures up the term “daredevil.”

Parolin is legendarily a mild-mannered, soft-spoken figure who’s more liked than feared, and more given to caution and circumspection than verbal pyrotechnics and bold rolls of the dice. It’s not that he lacks conviction, but he’s the quintessential diplomat in expressing and pursuing those convictions.

First, he’s presently wading hip-deep into one of the world’s premier conflict zones in Cameroon, which is engaged in a bloody civil conflict between French and English speakers. (Cameroon, a Central African nation of 25 million, is a bit like Canada in reverse, in that it’s divided between Francophones and Anglophones, but the French speakers are the dominant majority and the English speakers the struggling minority.)

Protests erupted in 2016 over the issue of the continued use of English in schools and courts, which led, among other things, to the government imposing a three-month block on internet access in the region. Separatists in the northwest and southwest then began a civil war to declare an independent nation called “Ambazonia,” leading to a large-scale military offensive. Currently the region is locked in a cycle of terrorist attacks and military reprisals, with hundreds of thousands of people internally displaced.

Into that maelstrom, Parolin arrived on Jan. 28 and will remain until Wednesday. Over the weekend he was in the troubled region of Bamenda to impose the pallium, the symbol of an archbishop’s office, on Archbishop Andrew Nkea Fuanya. Usually that’s the role of the papal ambassador in a country, and it’s definitely not typically done by the Cardinal Secretary of State.

Parolin called for dialogue as “the best way to solve conflicts and misunderstandings,” essentially telling both the separatists and the military to stand down.

It’s a bold move, because there’s no guarantee that Parolin’s presence is going to make things better, and there’s even the possibility that by effectively embracing the English-speaking minority in Bamenda, Parolin’s visit could set the stage for reprisals or crackdowns after he’s back in Rome.

Parolin is thus putting his own credibility on the line, when he easily could have dispatched someone else to do the heavy lifting.

Second, on his way to Cameroon Parolin stopped in France, where he made time for an interview with the French Catholic television outlet KTO. Among other things, he took a question on a controversial draft law to combat religious separatism – read Islamic radicalism – currently being promoted by French President Emanuel Macron.

The proposal comes after Islamic radicals beheaded a French teacher named Samuel Paty near Paris, and after a Tunisian immigrant stabbed three people to death in Nice. Its 70 articles include limits on home schooling, a ban on preaching in sports clubs, outlawing the “virginity certificates” sought by some Muslim families before marriage, and requiring religious organizations to declare the sources of their financial support.

The bill has raised alarm among various religious communities in France, many of whom share the concern about Islamic radicalism but worry about the religious freedom implications of Macron’s proposal.

Parolin appeared to endorse that opposition, saying, “I ask myself if it is necessary to go so far as [to make] a law.” He suggested that the proposal would disrupt the delicate balance created over the last century in France around its cultural ideal of Laïcité, roughly a strong separation between church and state.

As my friend Chris Altieri points out in his piece for the Catholic Herald, Parolin couched his reply in a blizzard of caveats, but it was nonetheless a clear judgment.

Once again, it’s a fairly bold thing for the Vatican’s top diplomat to visit a foreign country and tell its current government that its centerpiece legislative initiative in the wake of a national tragedy is ill-advised. Yet that’s basically what Parolin did – perhaps, among other things, taking some of the pressure off France’s bishops to be the ones to take on Macron.

Third, in that same KTO interview Parolin was asked about Pope Francis’s efforts at financial reform of the Vatican, including the recent conviction of a former Vatican bank president for fraud. He offered a full-throated endorsement, saying the pope wants to follow the Gospel “without gloss” and that transparency is the watchword.

In general, a papal aide praising the pope would be the exact opposite of “bold.” What makes this case interesting is that there are some inside Parolin’s own shop who aren’t quite on the same page.

By tradition, the Secretariat of State guards its preeminence among the Vatican’s various departments jealously, which means that some in the old guard were irked by Francis’s recent decision to take away its power of the purse, transferring its assets to the Administration of the Patrimony of the Apostolic See (APSA). Some have also been dismayed by the way a former aide to Parolin, Italian Cardinal Angelo Becciu, a longtime veteran of the Secretariat of State, was unceremoniously dumped by Francis over allegations involving funneling money to members of his own family, which, even if true, might be considered relatively minor infractions.

Parolin could have said a word in defense of his department but didn’t, focusing entirely on the integrity of Francis’s reform. In that context, he may be risking a bit of exasperation among some current denizens of the Secretariat of State, not to mention its network of alumni in Italy and around the world, many of whom hold influential positions.

Fans of Parolin might style all this as a profile in courage, while cynics might see it as a proleptic bid by Parolin to position himself vis-à-vis a future papal succession. In any event, one point seems clear: Parolin’s recent high-wire acts are proof that “mild-mannered” and “timid” aren’t necessarily the same thing.