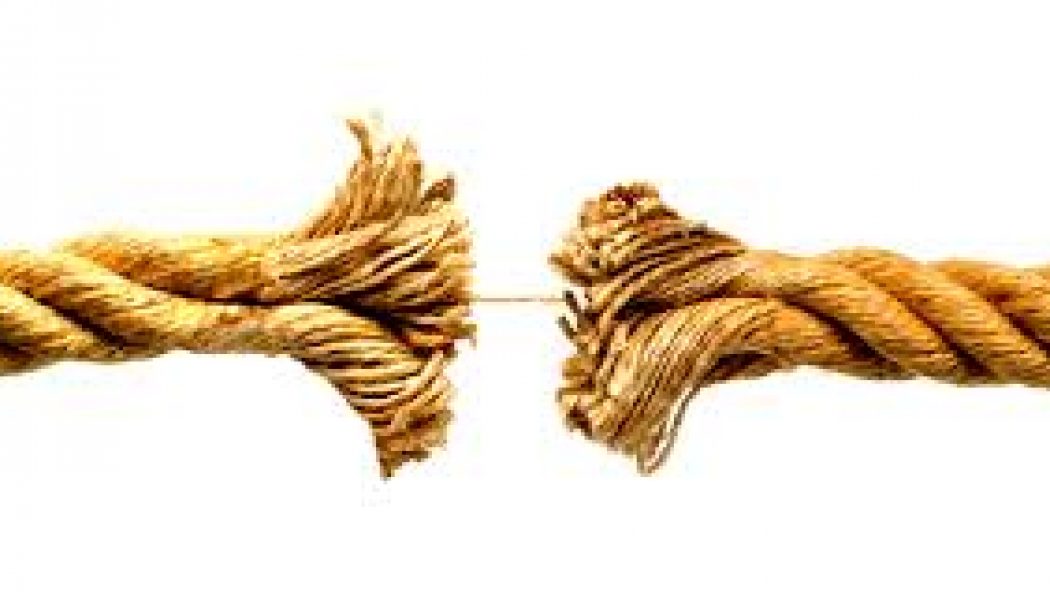 Admittedly, when I was a young Christian, I always perceived the Holy Spirit as kind of “too spiritual” maybe “too unknown” or “too scary,” so I just didn’t talk much about it. My little church where I grew would often pray for the Holy Spirit to show up, but I often wondered if we feared that it actually would!  Sometimes, we fear what we don’t fully understand.

Spiritual Ties is one of those subjects that didn’t get mentioned much in my church, as I grew up, if at all. I found that myself and many of my Christian friends didn’t discuss the things unseen, spiritual impact, or the warfare that takes place every day — even though the Bible talks clearly about it. As I began a deeper work with singles and single parents in the church, I learned the topic of Spiritual Ties (also known as Soul Ties) was a must-teach for that special group.

Have you ever heard of Spiritual Ties? Admittedly, it was a new term for me in my early Christian walk, as well. I haven’t found it to be a frequent discussion in churches. But spiritual connections are often referred to in the Bible.

Okay, so here are some of the ways a Spiritual Tie is developed:

As you can see, Spiritual Ties can be really cool, as with Jonathan and David and the close friendship they had. I’ve had amazing spiritual ties with friends in ministry, long-time friends, and others that God brought across my path. They can be life-giving, empowering, and equip us to do ministry better.

Spiritual Ties also exhibit the closeness and importance of sex inside marriage, outside of just the physicality of it, but rather the spiritual aspects. However, they can also be detrimental. Such as when we have sex outside marriage, a marriage fails, we pursue an unhealthy relationship, or we speak eternal vows that tie us (such as telling a boyfriend we will always love him and then saying that to ten other boys through the years).

Spiritual ties are dangerous when you have had sex with multiple partners, verbalized eternal commitments to others, pursued close unGodly relationships and friendships or had a failed marriage. It’s important to recognize who you are tied to before you can break free from the tie.

Maybe you’ve struggled with this and didn’t even realize you were spiritually tied. Are you a single mom who has struggled to move past the hurt from your ex? Do you struggle with commitment to a new friendship or relationship due to past hurt? Do you find it hard to end a relationship that you know is bad for you? Or maybe you feel like an ex has some type of “hold on you”? Have you struggled with sexual sin? If you answered “yes” to any of these questions, you have most certainly struggled with spiritual ties.

Let’s talk about some ways to break free from ties:

* One way to break a spiritual tie is confessing sin, when applicable. If you have had sex outside of marriage, you have formed a spiritual tie to that person. You have to confess the sin and repent.

*If gifts were given in an unholy relationship, GET RID OF THEM. Don’t hold on to a shirt, a teddy bear, a letter, etc., given to you in an ungodly relationship. You’re inviting trouble into your home and head.

*If you have made a rash commitment to someone, (I will always love you. There will never be another man for me.), then renounce it and repent of it, aloud. And be careful not to keep doing it!

*Breaking Spiritual Ties also means forgiving the person. This is a tough one for single parents who have been hurt by an ex or who are still seeing a struggle with the commitment the ex has to your children (or lack of commitment). But if you don’t forgive, you don’t move on. He/She will have you captive to the past from now on. Release it.

*There is power in the name of Jesus. If you discover unhealthy ties in your life and recognize you need to break them, renounce the tie in Jesus’ name, aloud (even if you aren’t comfortable with it and feel a little weird).

Jennifer Maggio is an award-winning author and speaker, whose personal journey through homelessness, abuse, and multiple teen pregnancies is leaving audiences around the globe riveted. At 19, Maggio was pregnant for the fourth time, living in government housing on food stamps and welfare. She shares with great openness her pain, mistakes, and journey to find hope in Christ. She ultimately became an 11-time Circle of Excellence winner in Corporate America. While a vocal advocate for abstinence, and sustaining today’s marriages,  Maggio recognizes that single parenthood exists and is passionate about seeing these parents thrive. She left her corporate successes behind to launch a global initiative to see single moms living a life of total freedom from financial failures, parenting woes, and emotional issues.  Her passion is contagious and her story has been used to inspire thousands around the globe. Today, Jennifer works to ensure that no single mom walks alone as the founder of the national profit, The Life of a Single Mom. For more information and resources, visit the website HERE.