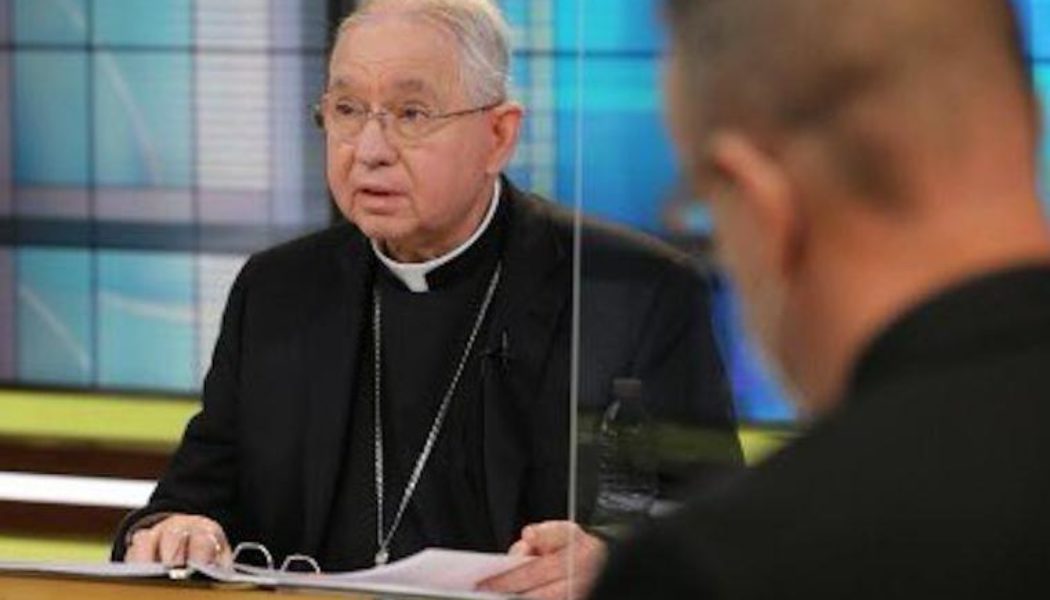 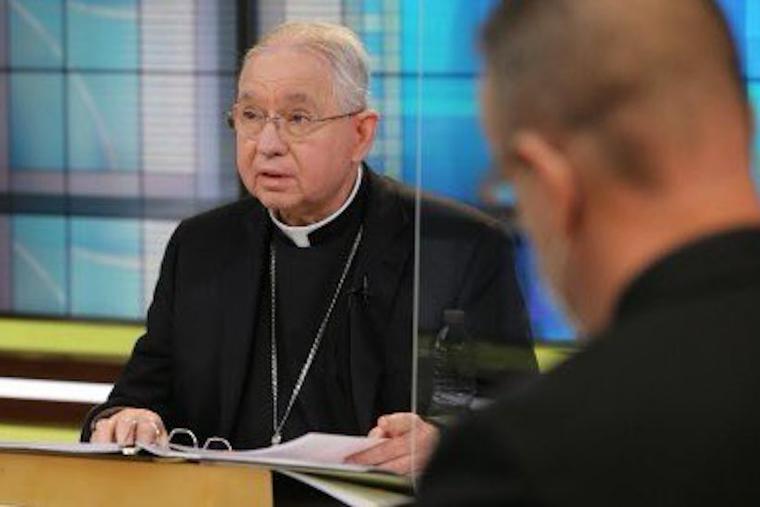 WASHINGTON — The U.S. Conference of Catholic Bishops (USCCB) spring general assembly got underway with some immediate controversy Wednesday as a vigorous debate arose over what is usually a routine vote to approve the meeting agenda.

The meeting, held in a virtual format due to the COVID-19 pandemic, was delayed by nearly an hour as the bishops weighed whether there should be time limits on their scheduled debate over the proposal to draft a document on the Church’s teaching on the Eucharist given a recent Vatican letter and discussions over worthiness of abortion-supporting politicians to receive communion, including U.S. President Joe Biden.

Archbishop Mitchell Rozanski of St. Louis introduced a motion that “at this meeting we allow time for each bishop to speak on this important topic. This topic and its implications are so far-reaching that putting limits on the amount of time given for our discussion will not help us or our people as we discern which course must be taken.” He cited the “limitations” of meeting over the Zoom platform and the fact that on this issue the USCCB is “looking for consensus.”

The proposal was met with considerable criticism as it would inevitably have delayed a vote on drafting a document on the Eucharist. Archbishop Joseph Kurtz of Kentucky, who served as USCCB president from 2013 to 2016, called the idea a “painful delay” and Archbishop Joseph Naumann, head of the U.S. bishops’ pro-life committee, said the motion was “a delaying tactic that will make it impossible to get this document to be voted upon in a timely manner.”

Ultimately, Archbishop Rozanski’s proposal was voted down by 59% of the bishops, after which the assembly voted 86% in favor of approving the meeting’s entire agenda.

Origins of the Debate

The debate over whether to commission the document originated after the USCCB leadership appointed a working group last November to discuss the issues associated with Biden’s election as a Catholic president who has promoted abortion laws. The working group subsequently recommended a discussion at this month’s USCCB meeting regarding the possibility of commissioning the USCCB’s doctrine committee to draft a document that would touch on the issue in the context of a broader catechetical statement addressing “how best to help people to understand the beauty and mystery of the Eucharist as the center of their Christian lives.”

In March, Archbishop Jose Gomez, the president of the USCCB, wrote to Cardinal Luis Ladaria, the prefect of the Vatican’s Congregation for the Doctrine of the Faith, informing him that the bishops were considering a statement that would address the issue of Catholic politicians and their worthiness to receive communion. Cardinal Ladaria replied on May 7, counseling caution in pursuing  “a national policy” on the matter “given its possibly contentious nature,” and suggesting the debate “would best be framed within the broad context of worthiness for the reception of holy Communion on the part of all the faithful, rather than only one category of Catholics, reflecting their obligation to conform their lives to the entire Gospel of Jesus Christ as they prepare to receive the sacrament.”

Following Cardinal Ladaria’s missive, over 60 bishops signed a letter to Archbishop Gomez requesting that the discussion of worthiness to receive communion be delayed until the bishops could meet in person, likely in November. The letter argued  that the “high standard of consensus among ourselves and of maintaining unity with the Holy See and the Universal Church as set forth by Cardinal Ladaria is far from being achieved in the present moment.”

Ahead of this week’s meeting, a number of U.S. bishops had already spoken out about pro-abortion politicians’ reception of communion in light of President Biden’s continuing to receive communion despite his aggressive pro-abortion policies, prominently including San Francisco Archbishop Cordileone. He recently released a pastoral letter on the matter, asking public officials to “stop pretending that advocating for or practicing a grave moral evil — one that snuffs out an innocent human life, one that denies a fundamental human right — is somehow compatible with the Catholic faith. It is not. Please return home to the fullness of your Catholic faith.”

Bishop Robert McElroy of San Diego, by contrast, wrote in America magazine that denying Communion was “weaponizing” the Eucharist for political ends and that denying someone Communion over their abortion stance represents “a theology of unworthiness and exclusion.”

In fact, some critics of the May 13 letter to Archbishop Gomez have asserted that the actual objective of its drafters was to completely derail the proposed discussion about the worthiness of Catholic politicians who openly support legal abortion to receive Communion, not merely to delay the discussion.

During Wednesday’s debate, Archbishop Paul Coakley of Oklahoma City said Archbishop Rozanski’s motion to lift the time limit amounted to a “filibuster” and Bishop Michael Olson of Dallas said Archbishop Rozanski’s motion introduces “the sense of a filibuster to stifle speech actually or then to create a false and unnecessary imperative and mandate that every bishop has to speak.” Archbishop Alexander Sample of Portland, Oregon, pointed out along with other bishops that a “full discussion” on the issue would make sense when there was a draft of the document, and that the vote now was merely on whether or not the bishops should draft a document on the topic.

The bishops who backed Archbishop Rozanski’s motion included a number of signatories of the letter to Archbishop Gomez. Bishop John Stowe of Lexington, Kentucky, said Cardinal Ladaria’s guidance meant the bishops should “take our time with such an important document about a central teaching of the Church” and that “it seems like some of our brother bishops want to rush this discussion and focus the emphasis on a teaching document on the Eucharist about whether our Catholic president is able to receive communion.”

Cardinal Cupich — regarded by many observers as the leader of the campaign against commissioning the Eucharistic coherence document — argued that bishops must have “a full discussion” of the proposed statement because “the language within the draft does cause concern, particularly in view of articles and statements made by members of the hierarchy in the United States about demanding that, in fact, we move in this direction.” Implying that the bishops were proceeding in a manner contrary to Rome’s guidance, he said that an “extensive and serene” discussion has “not taken place” on the matter. And, Cardinal Cupich added, “we should also have a discussion with Catholic politicians who have positions that are in conflict with the teachings of the Church to find out why they have those positions. That, too, has not taken place.”

But in his own remarks at the beginning of the meeting, Archbishop Gomez Archbishop Gomez noted that he had received feedback on the discussion from Archbishop Augustine Di Noia, adjunct secretary of the Congregation for the Doctrine of the Faith, who wrote that he “looks forward to the informal review of the eventual draft of a formal statement on the meaning of the Eucharist in the life of the Church.”

Bishop Kevin Rhoades, the chairman of the Committee on Doctrine drafting the document, made the point during the debate that the document is “no longer proposing a national policy” on worthiness to receive communion. “What we plan to do is completely in accord with what Cardinal Ladaria communicated in his letter,” he said, adding the document will look at “what Eucharistic consistency means and the theological and doctrinal background to the church’s discipline regarding reception of the Holy Eucharist.”

In a press conference following the meeting Wednesday, Bishop Rhoades explained the process the Committee on Doctrine went through to decide on the scope of their proposed draft.

“Back in March, when I made the proposal to the administrative committee of the USCCB really it was a broader document,” he told reporters. “It would present Church teaching on the Eucharist, its centrality in the life of the Church, and the importance of Eucharistic consistency or Eucharistic coherence. At that point, we mentioned including a proposed national policy for applying Canons 915 and 916 [regarding reception of Communion] based on the theology and doctrine behind those canons. By national policy, we meant more or less national guidance on applying those canons. We weren’t talking about creating norms but giving guidance to the bishops.”

“In light of the letter from Cardinal Ladaria and several of the points he made, it seemed that they were thinking more of national policy as norms. So Cardinal Ladaria was saying we had to do a lot of steps before we would issue norms,” he continued. “That was never our intention. The whole idea of a national policy didn’t come from the Committee on Doctrine, it came from the Congregation for the Doctrine of the Faith during our ad limina visits because they saw differences of opinion among bishops regarding who should receive Holy Communion.”

He concluded that in the document “what we do intend to do — and this was central from the very beginning — is look at the doctrine and theology behind the discipline of the Church and that’s what we still intend to do … I think that can still be helpful to bishops in applying Canons 915 and 916.”

Canon 915 of the Code of Canon Law says, “Those who have been excommunicated or interdicted after the imposition or declaration of the penalty and others obstinately persevering in manifest grave sin are not to be admitted to Holy Communion.” Canon 916 says, “A person who is conscious of grave sin is not to celebrate Mass or receive the body of the Lord without previous sacramental confession unless there is a grave reason and there is no opportunity to confess; in this case the person is to remember the obligation to make an act of perfect contrition which includes the resolution of confessing as soon as possible.”

While Archbishop Rozanski’s motion failed, it is clear that a robust discussion of worthiness to receive the Eucharist will continue among the bishops over the course of their meeting this week and beyond. The debate and voting on whether to commission the Eucharistic document is scheduled to take place on Thursday.