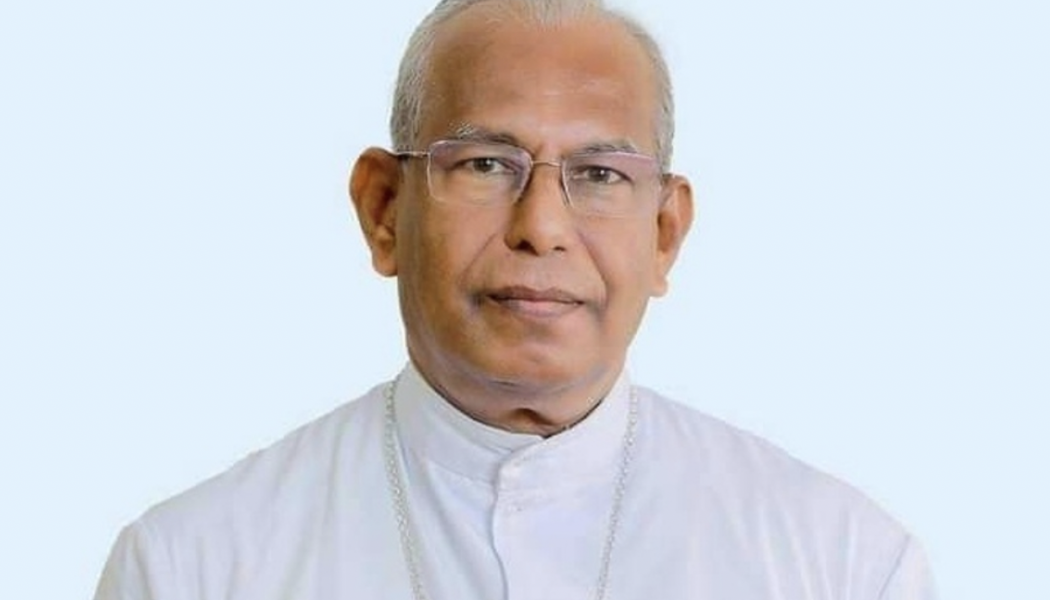 An Indian Catholic archbishop warned priests protesting against liturgical changes supported by Pope Francis Friday that they could face “disciplinary actions, even from the part of the Holy See.”

In a Dec. 23 letter to clergy in the Archeparchy of Ernakulam-Angamaly, Archbishop Andrews Thazhath urged priests to begin celebrating a new form of the Syro-Malabar Church’s Eucharistic liturgy “at least by Christmas 2022.”

The Syro-Malabar Church, which regards St. Thomas the Apostle as its founder, is the second-largest of the 23 Eastern Catholic Churches in full communion with Rome, after the Ukrainian Greek Catholic Church.

The decades-long dispute has reached a new pitch of intensity since the pope named Archbishop Thazhath in July as apostolic administrator, succeeding Archbishop Antony Kariyil, who claimed that he was forced to step aside after he dispensed priests from adopting the new mode.

Thirty-four of the Church’s 35 dioceses have introduced the change, but the vast majority of priests and lay people in the Ernakulam-Angamaly archdiocese — the largest diocese, with around 500,000 members — reject the new mode, insisting that clergy should be allowed to continue facing the people throughout the liturgy.

They argue that the practice is well-established following its introduction 50 years ago, is more faithful to the reforms of the Second Vatican Council, and deserves to be recognized as a “liturgical variant.”

Attempts to introduce the uniform mode in the Ernakulam-Angamaly archdiocese have provoked street scuffles, hunger strikes, and the burning of cardinals in effigy.

Archbishop Thazhath previously issued a circular letter on Sept. 30 appealing to parishes to adopt the uniform liturgy as soon as possible. Protesters responded by publicly burning copies of the letter.

The archbishop attempted to enter Ernakulam’s St. Mary’s Cathedral Basilica on Nov. 27 to celebrate the liturgy according to the new formula on the First Sunday of Advent, the start of a new liturgical year.

But protesters blocked Archbishop Thazhath from entering the cathedral gates. Following confrontations between critics and supporters of the archbishop, police detained seven people who were later released on bail.

Police cleared protesters from the cathedral and the gates were locked to prevent further disturbances, leaving local Catholics left to pray outside.

Archbishop Thazhath, who has been granted police protection, recently appointed a new cathedral administrator, Fr. Antony Puthuvelil, but he too was blocked from celebrating the uniform mode on Dec. 20.

Since the cathedral reopened, it has been occupied by priests and lay people who support the liturgy facing the people.

Video footage posted online on Dec. 23 appeared to show Fr. Puthuvelil attempting to celebrate the uniform mode liturgy while priests facing him across the altar celebrated facing the people and police positioned on the sanctuary steps sought to restore order.

Addressing clergy in his Dec. 23 letter, Archbishop Thazhath said that “the general evaluation is that the protests against the Synodal decision are crossing all the limits.”

“I invite each one of you to make an examination of conscience in this regard. I exhort you fraternally to reflect free from all compulsions of one or other group, which is prevalent now,” he wrote.

“Please do understand that all of us are subject to One, Holy, Catholic and Apostolic Church and its laws and regulations. Each and every act of indiscipline from each one of you are really weakening the Church, causing to lose the dignity of priesthood and scandal to faithful which slowly lead them away from the Church.”

“Please do keep in mind that acts of indiscipline cannot be justified and tolerated anymore in the framework of the Catholic Church, even though some of you are convinced of the strength of the group and act as if they are beyond all ecclesiastical structures.”

He added: “I fear that if you decide to continue to disobey the exhortation of the Holy Father, it may lead to division that will invite disciplinary actions, even from the part of the Holy See. For the sake of unity of the Church, let us together ‘accept even difficulty and humiliation’ and take steps back’ as exhorted by the Holy Father.”

“Therefore, I appeal to you once again, my dear Brother Priests, please accept the exhortation of the Holy Father to follow the Synodal decision at least by Christmas 2022. This is my plea to each one of you.”

Earlier this week, the Church launched a year-long celebration of the establishment of the Syro-Malabar Hierarchy.

A decree issued by Pope Pius XI on Dec. 21, 1923, also recognized Ernakulam as the metropolitan see and Mar Augustine Kandathil as the first head and archbishop of the Church.

Alan here, your hosting expert with a review of a web hosting company called scalahosting. Get profitresolution & claim 99% discount. The importance of qualifying real estate leads: strategies for identifying the best prospects.