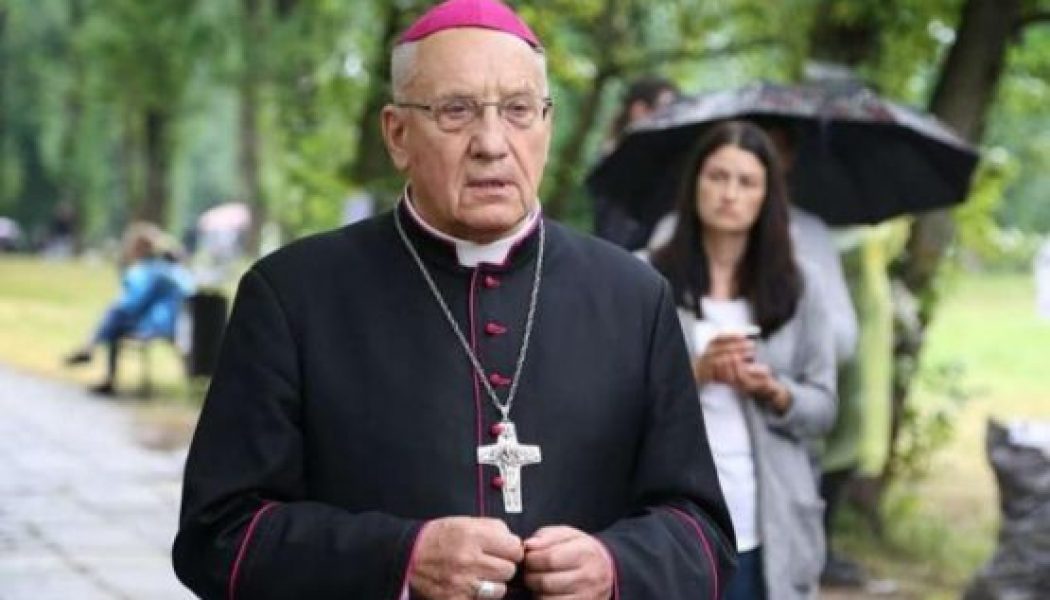 Editor’s Note: This is part three of a three-part Crux interview with British Archbishop Paul Richard Gallagher, the Vatican’s Secretary for Relations with States, effectively the Vatican’s Foreign Minister. Part one deals with Vatican-China relations and the renewal of a 2018 provisional agreement on the appointment of bishops, and part two deals with the Middle East peace process and the recently announced Abraham Accords.

ROME – According to the Vatican’s top diplomat who recently returned from a four-day mission in Belarus, the exiled Archbishop of Minsk, refused reentry on Aug. 31 by President Alexander Lukashenko over his criticism of the government’s handling of pro-democracy protests, isn’t likely to be going home anytime soon.

“We tried to argue that it was in the interests of everybody, church and state, that he be allowed to return to the country,” said British Archbishop Paul Gallagher. “They do not share that opinion, and I’m not overly optimistic that they’re going to move on that one.”

Gallagher said limits the government likely would seek to impose as a condition of return upon 74-year-old Archbishop Tadeusz Kondrusiewicz, currently residing in Poland after being turned away at the border with Belarus, would make any such deal difficult.

“I think they would [let him in], but maybe the conditions they might impose would be unacceptable to the archbishop, so we’ll wait and see,” Gallagher said.

Asked if Kondrusiewicz may turn out to be like bishops in exile during the era of the Iron Curtain, such as Cardinal Josyp Slipyj, who led the Ukrainian Greek Catholic Church from Rome from 1963 to his death in 1984, Gallagher said, “You can’t exclude that.”

“We’ll keep trying,” he said. “We are obviously maintaining contact with them.”

Gallagher spoke to Crux Oct. 6 in a wide-ranging interview in a meeting room in the Vatican’s Secretariat of State.

The 66-year-old Gallagher has held his present post since 2014, after serving as the pope’s ambassador in Australia, Guatemala and Burundi, and as the Vatican’s observer to the Council of Europe.

Gallagher visited Belarus Sept. 11-14 in an attempt to resolve the impasse over Kondrusiewicz, who had been critical of the government’s response to massive street protests after Lukashenko claimed victory in a disputed election in early August.

Underlying the standoff, Gallagher said, are two different conceptions of the political role of clergy.

“I tried to say to them, look, in our Catholic tradition, our faith is expressed also in our lives and in our convictions, even in our political opinions and actions. You can’t cut one off from the other. They have difficulty dealing with that,” he said.

“The Catholic Church in Belarus has a long history of cooperation with the authorities, of being a very positive presence, and they recognize that,” Gallagher said. “But with the involvement of clergy and bishops in the disturbances following the elections, they find it very difficult to accept some of the statements. Not all of the statements would have been perfect or prudent, etc., but they just find it very difficult to accept any form of political activism on behalf of the clergy.”

Gallagher said he pointed to other places where Catholic prelates have played similar roles, but to no immediate avail.

“I said, ‘If you wanted me to make a list of the places where Catholic bishops around the world have difficulties with civil and political authorities, it’s a very long list,” he said. “In some ways, this is not an extraordinary reality. It’s extraordinary because of the crisis in the country.”

“I tried to say that the motivation of the bishop is to try to be of service to the people. They have to be servants of justice, and the violence in the first few days after the announcement of the election results was very extreme. The accusations are very grave as well,” Gallagher said.

During Gallagher’s days in Belarus, which coincided with a Sept. 13 protest that brought more than 100,000 demonstrators into the streets of Minsk on the eve of a meeting between Lukashenko and Russian President Vladimir Putin, he faced criticism from local Catholics for not divulging details of his government contacts.

“We all understand Archbishop Gallagher was here to conduct negotiations, which can’t be discussed loudly,” said Kaciaryna Laurynenka, a Catholic historian and media worker, as quoted by the Catholic News Service on Sept. 17.

“But there’s much skepticism about the government’s motives and fear it’s just using the church for its own purposes. People here remember how the Vatican concentrated on links with states rather with local Catholics in its contacts with communist-bloc countries,” she said.

Gallagher, however, said such a low-key approach was his only choice.

“Some people weren’t very happy about that, but I felt it was my call and if we were going to achieve anything, we would do it by keeping a low profile,” he said.

Other governments might show their displeasure over the treatment of one of their citizens in Belarus by suspending relations or recalling their ambassador, issuing loud public protests and threatening sanctions, but Gallagher said that’s not Rome’s style.

“We play by slightly different rules,” he said, noting the Vatican has taken the same dialogic approach with other states where Catholic clergy have difficulties with the government, such as China, the Democratic Republic of Congo and Venezuela.

“We don’t give up easily and leave our people behind,” he said.

“One of the things we often say is that the Catholic Church is not an NGO,” Gallagher said. “When the going gets rough in a country, when there’s lots of violence and attacks, quite rightly, a lot of NGOs pull out. The guy at the top says, ‘I can’t guarantee the safety of my people, therefore I’m pulling them out.’ We never pull people out, in part because if we tried to, they wouldn’t go. They would say, ‘Here we are.’”

“In some ways, our diplomatic commitment is similar,” Gallagher said. “Here we are, trying to maintain relations, good relations if possible, with authorities and governments and leaders, but we also focus very much on the local people, the Catholic community.”

Overall, Gallagher said the significance of the current cycle of protests in Belarus should not be underestimated.

“One of the things we notice is that this is a protest movement that involves a lot of the country,” he said. “Before, in the previous elections, it’s tended to be Minsk-based, but this time there’s a feeling throughout the country.”

Ending the dispute peacefully will require “compromise on both sides,” he said.

“There’s a need to renounce violence, to look at the situation with calm heads, and try to move forward,” Gallagher said. “Obviously, there are many, many hurdles to get over.”