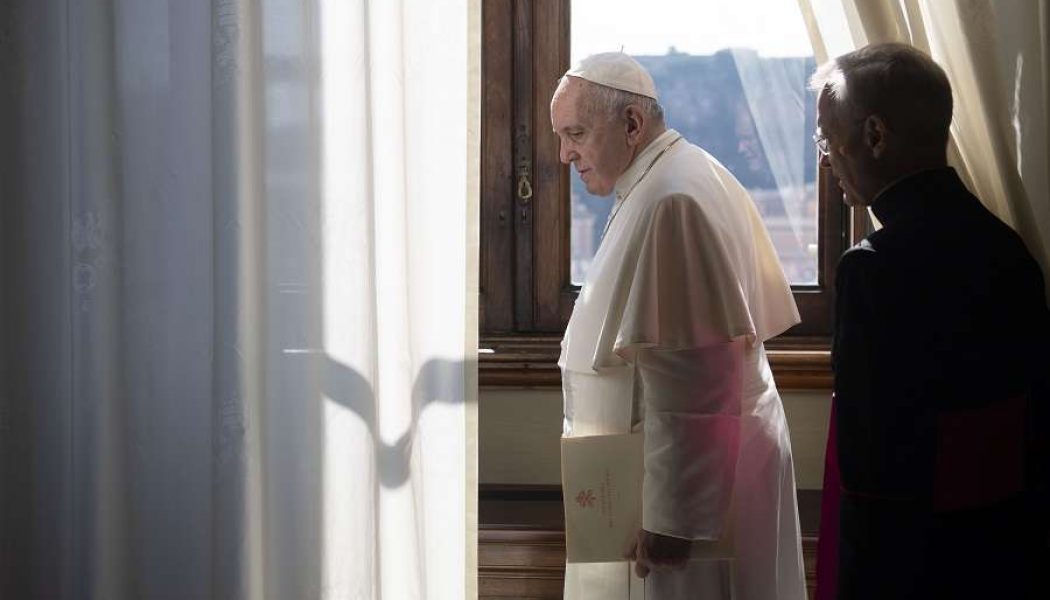 Vatican City, Mar 28, 2020 / 11:05 am (CNA).- The Vatican said Saturday Pope Francis does not have the coronavirus, and that recent testing of 170 Holy See employees for COVID-19 resulted in only one new case.

This brings the total number of coronavirus cases connected to Vatican City to six, papal spokesman Matteo Bruni said in a statement March 28.

“I can confirm that neither the Holy Father nor his closest collaborators are involved,” the spokesman stated.

The six positive cases include a priest who lives in the same Vatican guesthouse as Pope Francis. The priest, an official of the Secretariat of State, was put into isolation as soon as he presented symptoms of COVID-19, Bruni said.

Tests were carried out on those the official had been in physical contact with and later other Holy See employees were also tested “as a precaution,” bringing the total tested to 170, the spokesman said.

According to Bruni, only one other test came back positive from those tests – a Holy See employee who was in close contact with the Secretariat of State official.

The spokesman said other precautionary measures have been carried out, such as additional sanitation.

The Secretariat of State official is not in critical condition but has been admitted to a hospital in Rome for care and observation, Bruni added.

The Vatican’s first case of the coronavirus was found after a patient tested positive in the city state’s outpatient health facilities March 5. The facilities were then closed for one day to allow for their sanitation.

Of the next three cases to have been discovered, two are employees of the Vatican Museums and one is a warehouse employee.

Bruni told journalists March 24 that these four coronavirus patients “had been placed in solitary confinement as a precaution before they tested positive and their isolation has already lasted for over 14 days; currently they are being treated in Italian hospitals or at home.”

Pope Francis’ schedule has lessened during the coronavirus pandemic, though he continues to have some meetings in the apostolic palace, from where he is also livestreaming his weekly Wednesday general audience and Sunday Angelus during Italy’s lockdown.

March 28 the pope met with Rome’s mayor, Virginia Raggi, as well as other Vatican officials.