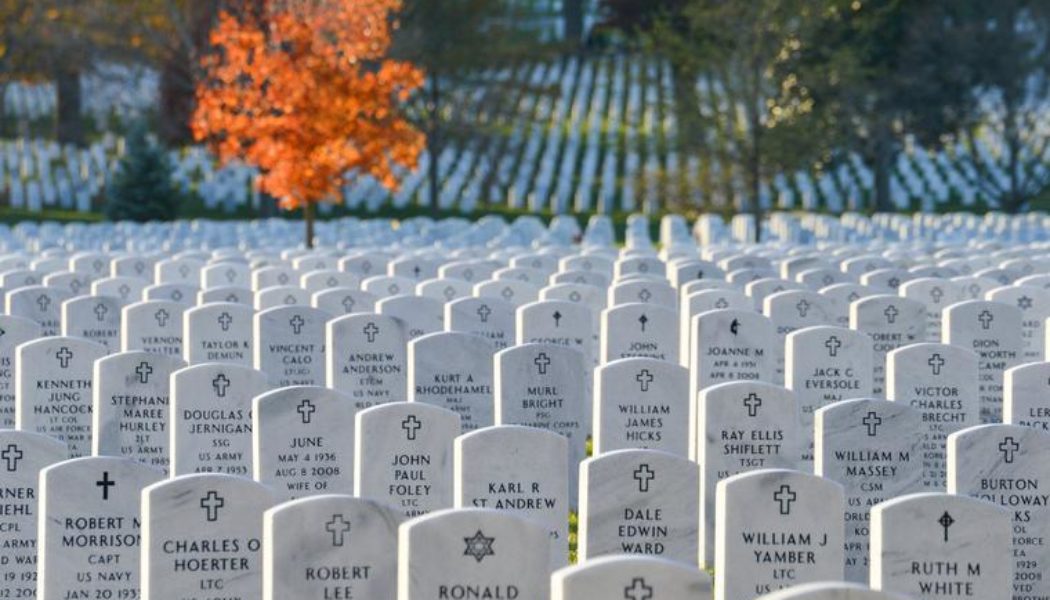 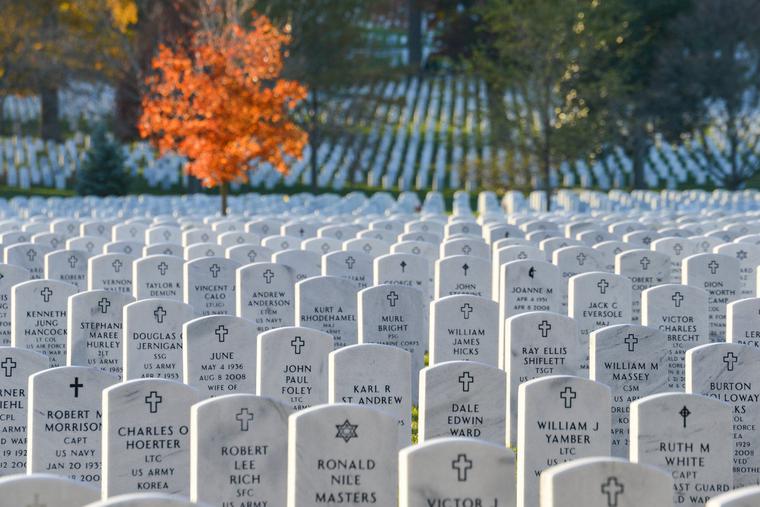 In this month of the Holy Souls, Veterans Day must be more than just a day off. Catholics can do a great work of mercy by offering Masses, suffrages and indulgences for our veterans.

Nov. 11 is Veteran’s Day. We honor the service of those, dead and alive, who bore arms for their country.

Americans observe Nov. 11 because it was the day the armistice ending World War I was signed. Indeed, at its origins as an observance in 1926 and a civil holiday in 1938, it was called “Armistice Day.”

The sheer horror and magnitude of World War I, which witnessed destruction on a hitherto-unknown scale, seared it into peoples’ memories: the “Great War” as it was called left its mark on Western culture.

Searing memories was not the same as searing wills: it got called the “First World War” only after we had a Second World War to rank order it. And lots of armistices have since been signed — the Korean War still remains technically a ceasefire under the 1953 Armistice.

Americans generally honor their veterans. Except for a cultural burp in the 1970s from a certain demographic that disdained Vietnam War veterans, the American soldier has largely been held in honor by his countrymen.

The main ceremonies of Veterans Day take place at Arlington National Cemetery. Traditionally, the president lays wreaths at the Tomb of the Unknown Soldier, a sarcophagus under constant watch by an honor guard since its dedication in 1921. Four unidentified American soldiers — from World Wars I and II, Korea and Vietnam — are buried there.

As a country once culturally Protestant and now even more religiously pluralistic, our commemorations of our deceased veterans have been memorials. We build monuments and tombs. We lay wreaths. We give speeches saluting their ultimate sacrifice.

As Catholics, we believe we can do more.

Our dead veterans do not need wreaths and monuments as much as they need our prayers. Let us not be presumptuous. As General William T. Sherman was said to have remarked, “war is hell.” War can bring out the best in a person, but amid the worst of circumstances. War is one hell of a crucible to make saints, and if we were saints, we might not be fighting wars.

Yet, it is in that crucible that the meaning of every dead veteran’s life was fixed and determined for eternity.

It is not disrespectful to suggest that that crucible did not inevitably create saints. Veterans are men, who bring the virtues and vices of men to their lives … and deaths.

So, more than anything, our veterans need our prayers. This is not to say that the sacrifice of one’s life should in any way be impugned or is wrong; it is to say that to appear before the Living God requires holiness, and we want to help the veterans we loved and honor.

The biographers of Padre Pio report that, in 1944, as he and his friars were sitting down to supper after the monastery gates were closed, they heard a crowd of men shouting, “Viva Padre Pio!” (Long live Father Pio!). But there was nobody in the courtyard. Asked about the event, Padre Pio almost nonchalantly remarked: “Those men were soldiers who died in battle. They have just been delivered to heaven.” They wanted to thank him for his prayers.

So, in this month of the Holy Souls, one of the best ways we can honor Veterans this Nov. 11 is to go to and offer Mass for them. This simple deed may be of greater practical help for veterans than all our speeches, parades and flowers.

Canon law requires pastors regularly to celebrate Mass for the intentions of their parishioners. I would suggest that pastors regularly designate one Mass every Nov. 11 “for the deceased veterans of our parish.”

The Church grants a plenary indulgence, under the usual conditions, for Catholics who visit a cemetery in the first nine days of November. I would recommend that the U.S. Conference of Catholic Bishops ask the Holy See to grant a special plenary indulgence, applicable only to the dead, for those who visit a cemetery on Nov. 11 to pray for the souls of deceased veterans and for peace.

(Since Nov. 11 is also observed in Britain and the Commonwealth as “Remembrance Day,” it would be appropriate for the bishops’ conferences of England and Wales, Canada, Australia and New Zealand jointly to petition for this with the USCCB.)

For our living veterans, let this be a day of charity. Can you visit a veterans’ home? Can you do something for a veteran you know? Can you make a charitable offering for veterans’ care?

Let Veterans Day be more than just a day off, of rhetoric, and — this year — a nice long weekend. Let’s do something that helps our veterans, especially those who gave their lives, by helping give them life eternal.