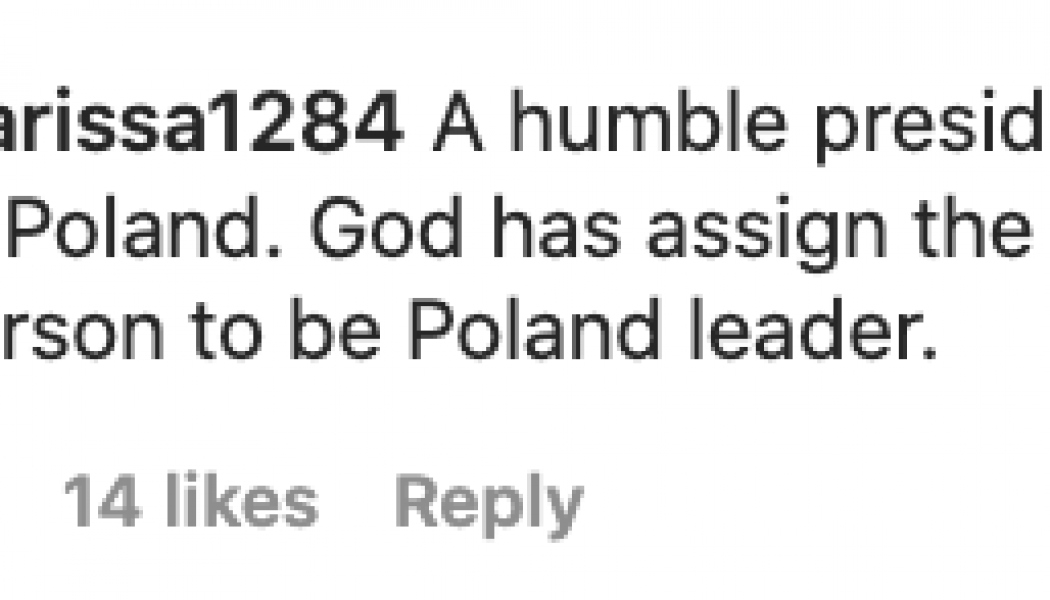 Poland re-elected President Andrzej Duda on July 13 for a second term. ChurchPOP reported last week that Duda entrusted Poland to Our Lady after his re-election. He thanked her and prayed Evening Prayer.

Shortly after his 2015 election victory, the President Duda saved the Eucharist from blowing away in the wind on the Feast of Corpus Christi.

Catholic Connect posted the video below:

Click here if you cannot see the video above.

The full post reads, “On May 24, Andrzej Duda was elected President of Poland. Two days later, he would make a pilgrimage to Jasna Góra Monastery in Czestochowa to pray and entrust his presidency to the icon of the Black Madonna — Our Lady of Czestochowa.
⠀
“Two weeks later, on the Feast of Corpus Christi (Body of Christ), incredible footage of the newly elected @prezydent_pl saving the Body of Christ from blowing away in the wind would go viral across the Catholic world.
⠀
“‘If Christ did not want to dismiss the Jews without food in the desert for fear that they would collapse on the way, it was to teach us that it is dangerous to try to get to heaven without the Bread of Heaven.’” – St. Jerome

This user said, “A humble president of Poland. God has assign the right person to be Poland’s leader.”

Another user said, “The polish President is very devoted to the Catholicism 👏👌 “.

Our Lady, please pray for all world leaders!