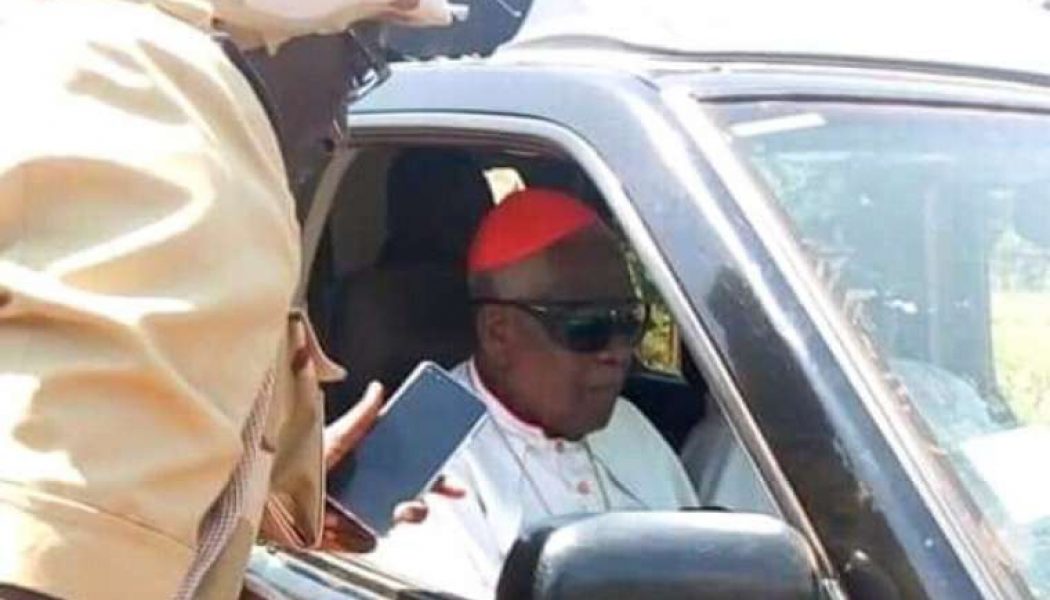 Rome Newsroom, Nov 12, 2020 / 01:00 pm MT (CNA).- When 90-year-old Cardinal Christian Tumi was interrogated in captivity by armed separatists in Cameroon last week, he calmly told his captors that he had been called by God to preach only what is true.

A video published on social media Nov. 7 revealed a conversation that took place while Cardinal Tumi was held overnight by separatist militias while traveling through Cameroon’s Northwest Region.

In the video, one of Tumi’s captors confronted the cardinal about his calls for fighters in Cameroon to lay down their arms and then instructed him to share the separatists’ message with the public.

To this, the cardinal responded: “I will preach what is the truth with pastoral conviction and biblical conviction.”

“Nobody has the right to tell me to preach the contrary because I was called by God,” Cardinal Tumi said.

At another point in the video, the cardinal told his captors: “When I speak, I speak like a pastor and that I can never stop doing. If I stop doing that, then I will not be faithful to God, the Almighty.”

Tumi had been traveling with 12 other people, including a local leader, Fon Sehm Mbinglo I, from Bamenda to Kumbo on Nov. 5 when they were intercepted by gunmen belonging to separatist militias in Bamunka, a village in Cameroon’s northwest region. He was freed by the separatist fighters the following day.

The kidnapping of the archbishop emeritus of Douala came amid a conflict between separatists and government forces in the English-speaking territories in Cameroon’s Northwest Region and Southwest Region. Tensions escalated after Francophone teachers and judges were sent to work in the historically marginalized Anglophone regions in 2016, and the dispute has come to be known as the Anglophone Crisis.

Cardinal Tumi has been active in seeking a peaceful resolution to the crisis through dialogue after his retirement as archbishop of Douala.

At one point in the video, Tumi told the separatists: “All of us are fighting for peace … even you.”

The crisis in Cameroon is rooted in conflict between the English- and French-speaking areas of Cameroon. The area was a German colony in the late 19th century, but the territory was divided into British and French mandates after the German Empire’s defeat in World War I. The mandates were united in an independent Cameroon in 1961.

Cardinal Tumi was born in what is now Northwest Cameroon in 1930 and served as a bishop in Francophone regions of the country from 1979. He was president of Cameroon’s bishops’ conference from 1985 to 1991.

There is now a separatist movement in the Southwest and Northwest Regions, which were formerly the British Cameroons.

This violence escalated in October when gunmen attacked Mother Francisca International Bilingual Academy, a school in Kumba in Cameroon’s Southwest region, on Oct. 24 and opened fire on students in a classroom. Seven students aged 12 to 14 were killed, according to Reuters.

While he was kidnapped, one of the separatists instructed Tumi in the video to tell the public and the government of Cameroon that “we will never lay down our arms until we are free because we are fighting for our rights.”