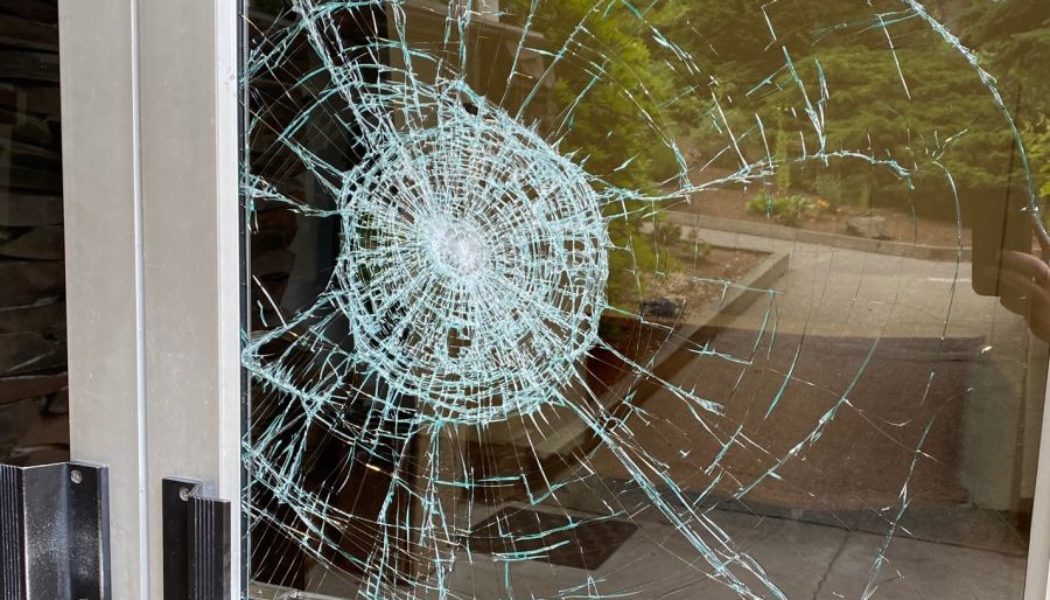 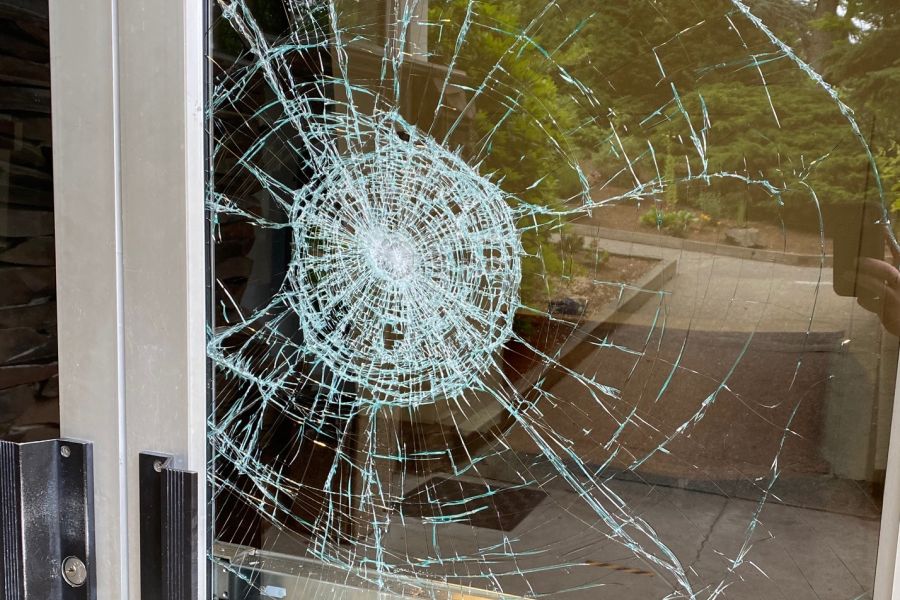 Father Zender led a procession to the vandalized places and blessed them as part of the Tuesday night Mass.

A woman was praying alone in the perpetual adoration chapel early Tuesday morning when the wave of anti-Catholic vandalism and violence sweeping the U.S. struck St. Louise Catholic Church in Bellevue, Washington.

Hearing a commotion outside, the woman ventured into the hallway. There, she confronted a masked intruder standing outside the parish center, smashing the glass front door.

The person screamed profanities at the woman, who ran back into the chapel. Terrified, she locked the door behind her and called the pastor, Father Gary Zender, while hiding behind a piano.

“She called me on my office number just pleading for help to come and get her and rescue her,” Father Zender told CNA. “She was scared to death.”

A surveillance camera captured the frightening incident on video.

The footage shows a masked person with long hair striding up to the door carrying a large rock and a pink backpack. The person hurls the rock at the front door, three times, then kicks the door four times, shattering the glass.

Graffiti legible in photos provided by the police reads “woman haters,” “groomers rapists,” and “the church is child abuse,” among other words. You can watch the surveillance footage in the video below.

The attacker, who entered the church property around 9:30 a.m., also smashed a different glass door at the parish hall and defaced a statue of Our Lady, Undoer of Knots, Father Zender said. He estimated the damage at $10,000.

The Bellevue Police Department tweeted Tuesday that they had arrested a 31-year-old Bellevue resident on suspicion of a hate crime and assault. Police said the suspect was arrested “without incident.” Police called the graffiti “anti-Catholic.”

Officers arrested a 31yo Bellevue resident on suspicion off a hate crime and assault after allegedly spray painting St. Louise Parish, smashing two doors and assaulting an employee. The suspect was arrested without incident. pic.twitter.com/1UsDavNx08

A police spokesperson declined to provide the suspect’s name, referring a CNA reporter to the Kings County Prosecutor’s Office. The prosecutor’s office did not respond to CNA’s request for information about the incident before publication time.

Father Zender led a procession to the vandalized places and blessed them as part of the Tuesday night Mass. The parish also prayed for the person responsible for the vandalism. While the parish was attacked with a rock “Christ is a rock for us,” Father Zender noted.

“I think it comes up as a bit of a shock that it would happen here. I think there‘s the reality that, you know, things have changed,” he said. “We’re not quite as safe as we once thought we were and we have to take more precautions.”