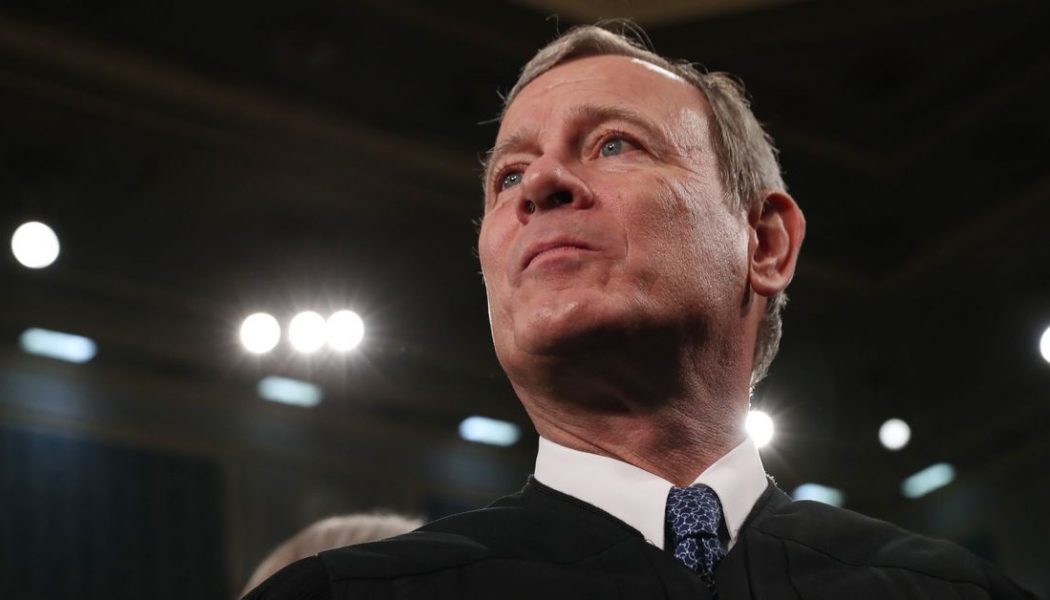 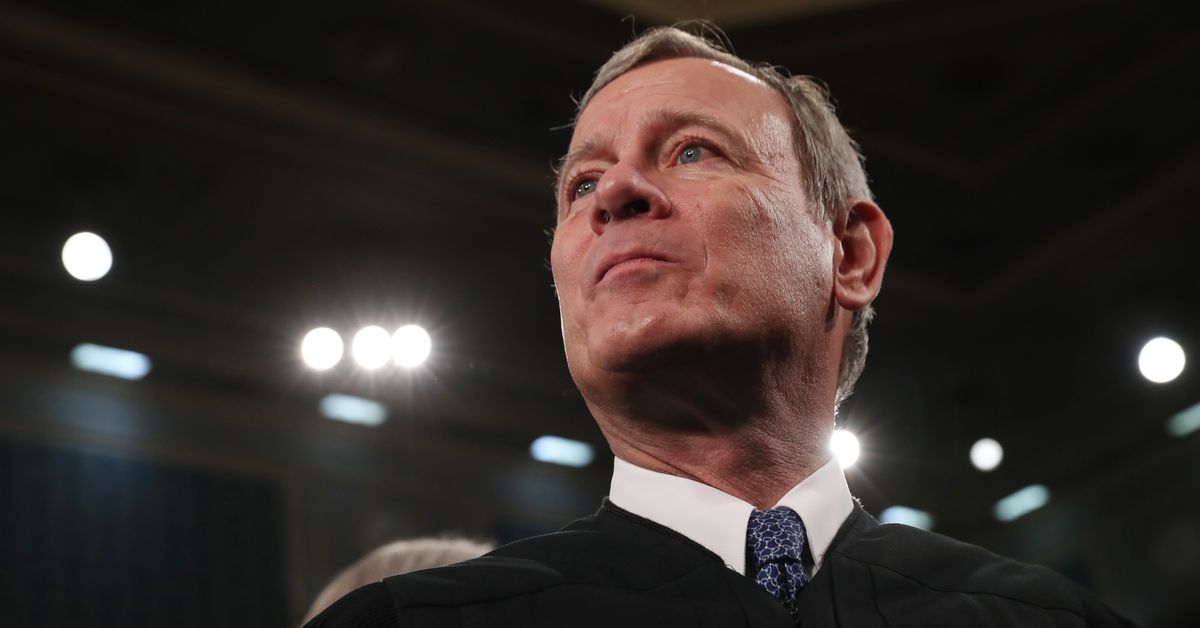 The Supreme Court just delivered the narrowest, most temporary victory for abortion rights. Though Chief Justice John Roberts, a conservative who votes fairly consistently to uphold abortion restrictions, cast the key fifth vote to strike down a Louisiana anti-abortion law, his opinion makes it clear that his views about abortion haven’t changed.

The best reading of the Court’s decision in June Medical Services v. Russo is that Roberts just gave the constitutional right to an abortion a potentially very brief reprieve. And he did so largely because Louisiana presented the weakest possible case in June Medical.

As Justice Stephen Breyer notes in his plurality opinion, June Medical involves a Louisiana law that is “almost word-for-word identical” to a Texas law the Supreme Court struck down four years ago in Whole Woman’s Health v. Hellerstedt (2016). Both laws require abortion providers to obtain admitting privileges at a hospital near the clinic where they perform abortions in order to continue to provide them — a credential that is very difficult for abortion providers to obtain and that does little or nothing to improve health outcomes.

The Court voted 4-1-4, with Justice Stephen Breyer writing a plurality opinion for himself and his three liberal colleagues, and Roberts writing a separate opinion emphasizing the narrowness of his approach to this case.

Only one thing has changed between June Medical and Whole Woman’s Health. Justice Anthony Kennedy, a relatively moderate conservative who cast the key fifth vote to strike down the Texas law, is no longer on the Court. And his replacement, Justice Brett Kavanaugh, opposes abortion rights. Kavanaugh dissented in June Medical.

So abortion opponents apparently bet that the replacement of Kennedy with Kavanaugh would allow them to litigate Whole Woman’s Health all over again — but with a different result. They bet wrong.

Ultimately, Roberts concludes that the principle of stare decisis — the doctrine that courts should generally be bound by their prior decisions — compels him to strike down Louisiana’s law. “The result in this case is controlled by our decision four years ago invalidating a nearly identical Texas law,” Roberts concludes.

As a practical matter, that means the constitutional right to an abortion is likely to survive for at least another year or two. But Roberts also signals that he’s open to a lawsuit challenging this right on other grounds.

The takeaway from Roberts’s opinion isn’t that the right to an abortion is safe. It’s that Roberts is reluctant to bend the Court’s ordinary procedures to hand abortion opponents a victory in this particular case.

The admitting privileges laws at issue in both Whole Woman’s Health and June Medical are what abortion rights advocates often refer to as “TRAP laws” — laws that superficially appear designed to make abortions safer but that actually impose burdens on abortion clinics while doing little or nothing to improve health outcomes.

The ostensible purpose of an admitting privileges law is to allow abortion doctors to swiftly admit their patients to a hospital if that patient experiences complications. But such complications are exceedingly rare in abortion clinics. As the trial judge hearing June Medical determined, Louisiana abortion clinics almost never need to transfer a patient to a hospital — “far less than once a year, or less than one per several thousand patients.”

And even in these exceedingly rare cases where a patient does experience complications requiring hospital care, hospitals don’t require a doctor with admitting privileges to sign off before the hospital treats the patient. If a patient shows up at the hospital’s emergency room, they will be treated.

Meanwhile, admitting privileges are difficult to obtain, especially if a doctor’s entire practice focuses on treatments like abortion that rarely lead to hospitalization. Often, for example, hospitals impose a quota on doctors — requiring them to admit a certain number of patients to retain their privileges. So a doctor that only admits a patient once every few years will not be able to achieve their quota.

The upshot is that, if Louisiana’s law went into full effect, only two of the state’s six abortion providers were expected to be able to obtain admitting privileges. That matters because, under the Court’s existing abortion decisions, as Justice Breyer writes, “‘[u]nnecessary health regulations’” impose an unconstitutional ‘undue burden’ if they have ‘the purpose or effect of presenting a substantial obstacle to a woman seeking an abortion.’”

Shutting down two-thirds of the state’s abortion providers for no reason other than their inability to obtain an arbitrary credential has “the purpose or effect of presenting a substantial obstacle to a woman seeking an abortion.”

Moreover, if the Court had allowed TRAP laws to exist, states could have potentially imposed far more restrictive laws until clinics were unable to operate and had to shut down entirely.

Roberts ultimately concludes that he cannot uphold a law that is nearly word-for-word identical to another law that the Court struck down four years ago. But his opinion is laden with hints that, in a future case, he is likely to vote to restrict — or even eliminate — the constitutional right to an abortion.

Roberts opens his opinion by declaring that he still believes that Whole Woman’s Health was “wrongly decided.” He notes that “neither party has asked us to reassess the constitutional validity” of the Court’s seminal abortion rights decision in Planned Parenthood v. Casey (1992) — a hint that, if future litigants directly attack Casey, Roberts will welcome such a challenge. And he spends as much of his opinion attacking Breyer’s approach to this case as he does explaining why he reluctantly voted to honor stare decisis.

Whole Woman’s Health, Roberts notes, states that “the rule announced in Casey … requires that courts consider the burdens a law imposes on abortion access together with the benefits those laws confer.” But balancing these burdens against these benefits, Roberts suggests, is entirely beyond the capacity of the judiciary.

In this context, courts applying a balancing test would be asked in essence to weigh the State’s interests in “protecting the potentiality of human life” and the health of the woman, on the one hand, against the woman’s liberty interest in defining her “own concept of existence, of meaning, of the universe, and of the mystery of human life” on the other. There is no plausible sense in which anyone, let alone this Court, could objectively assign weight to such imponderable values and no meaningful way to compare them if there were. . . Pretending that we could pull that off would require us to act as legislators, not judges, and would result in nothing other than an “unanalyzed exercise of judicial will” in the guise of a “neutral utilitarian calculus.”

In this sense, Roberts’s opinion harks back to Justice Bryon White’s dissenting opinion in Roe v. Wade (1973) itself, which similarly argued that courts are not competent to weigh the difficult moral questions presented by the abortion debate. “In a sensitive area such as this, involving as it does issues over which reasonable men may easily and heatedly differ,” White wrote in that dissent, courts should leave the question of abortion rights “with the people and to the political processes the people have devised to govern their affairs.”

So the right to an abortion survives another day, but Roberts’s opinion is less an endorsement of the right than it is a warning that litigants should not overreach. The chief justice is unwilling to overrule a very recent precedent simply because one of his colleagues retired. But that does not mean that he will preserve Roe or Casey when a litigant asks him to overrule those decisions outright.

Every day at Vox, we aim to answer your most important questions and provide you, and our audience around the world, with information that has the power to save lives. Our mission has never been more vital than it is in this moment: to empower you through understanding. Vox’s work is reaching more people than ever, but our distinctive brand of explanatory journalism takes resources — particularly during a pandemic and an economic downturn. Your financial contribution will not constitute a donation, but it will enable our staff to continue to offer free articles, videos, and podcasts at the quality and volume that this moment requires. Please consider making a contribution to Vox today.