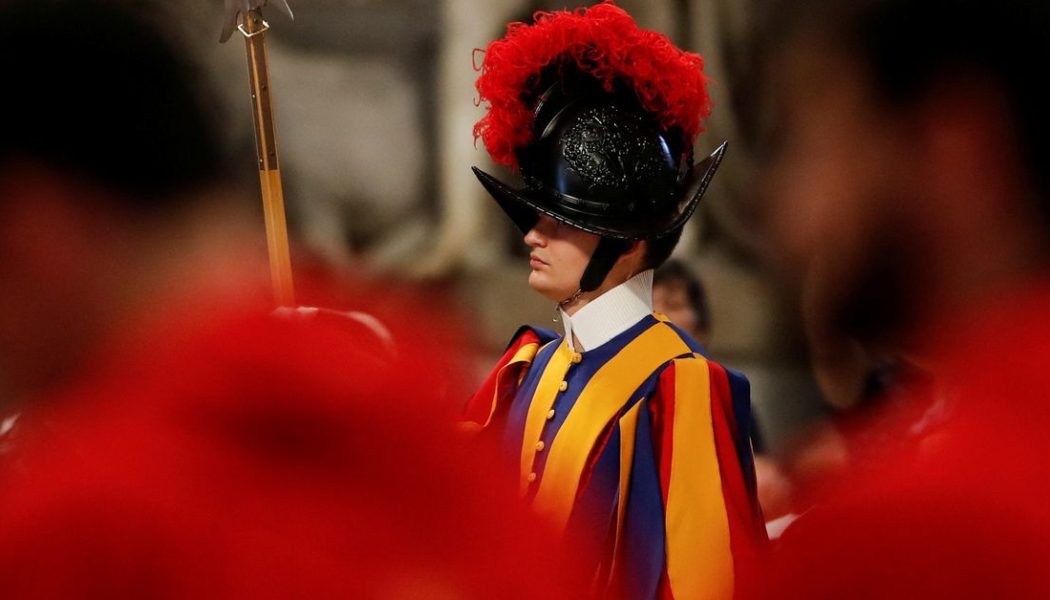 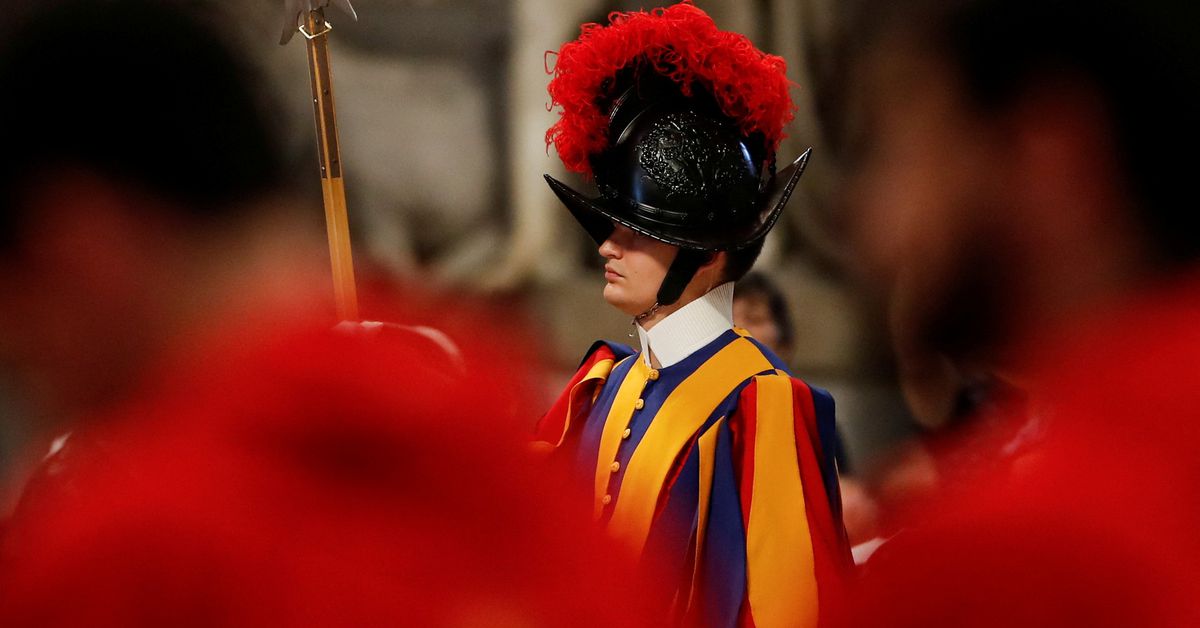 A Swiss Guard stands during a mass marking the Catholic feast day of Pentecost at the Vatican, June 5, 2022. REUTERS/Remo Casilli/File Photo

The Swiss Guard, the elite and colourfully dressed force whose main mission is to protect the pope and the 108-acre Vatican City, currently stands at 110 members.

Ahead of the 2025 Holy Year, when millions of pilgrims are expected to visit the Vatican, the force will grow by 25 members to 135 members, an increase of nearly 23%.

In order to help with the recruitment, the Swiss Guard have opened a new media office and contact point in Switzerland, according to a statement released by the Guard on Thursday.

It will also coordinate the work of an existing recruitment office in Switzerland, foundations related to Swiss Guard, and former members.

Enrolment is open to single Swiss men between 19-31 years old who are practicing Catholics in good health, with an “impeccable reputation and be at least 1.74 meters (5 feet, seven inches) tall, and have completed basic training in the Swiss army,” according to the guard’s website.

They can get married after serving for five years.

The force, whose principal mission is to protect the pope, has been exclusively male since its founding in 1506. But that may change.

Their new barracks in the Vatican, work on which is expected to start in 2026, will be built to accommodate female members if Pope Francis or his successors allow them to join, officials have said. read more

Francis, 85, has named women to a number of senior posts and management positions in the Vatican administration and in March he introduced a landmark new constitution that will allow any baptised lay Catholic, including women, to head most Vatican departments.