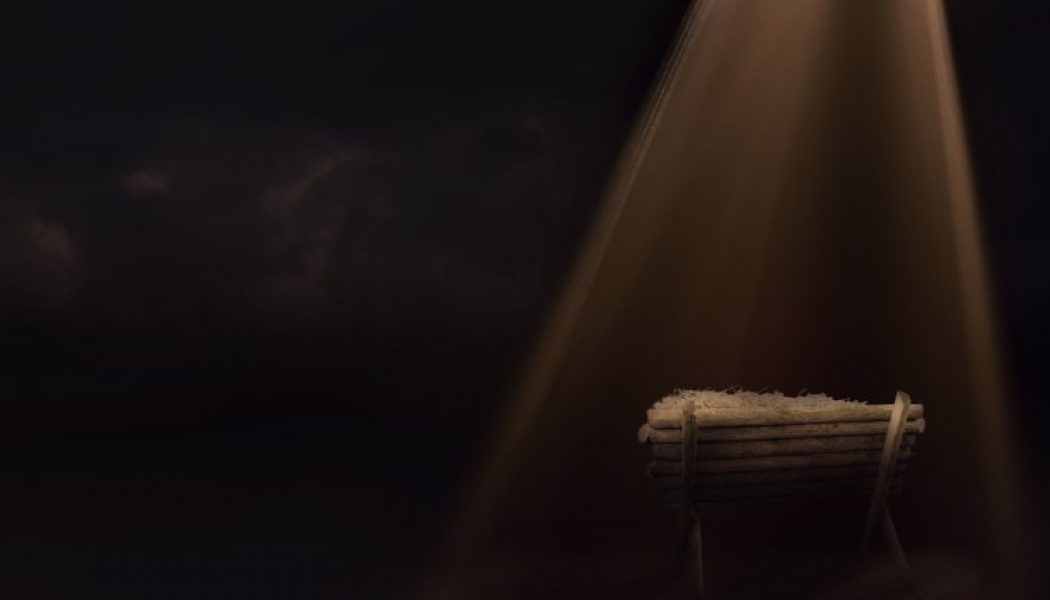 If you have set up your nativity scene by now you probably put the figures in a quaint, wooden stable shed. With a rickety roof and rough beams, the ox and donkey shelter there along with the sheep, the shepherds, Mary and Joseph and the wise men.

But hang on. Was Jesus really born in a barn because there was no room in the inn? When we study the Scriptures in detail and learn more about the history and culture of the times, it helps us understand what the birth of Jesus was really like.

The idea that there was a rustic old inn along with a grumpy innkeeper who turned Mary and Joseph away is a feature of how the Christmas stories were told in the Middle Ages in Europe. When they heard that the baby was born in a stable they also pictured a “lowly cattle shed.” St. Francis was supposedly the first to set up a Christmas creche with a stable scene.

The lovely story grew and developed. Carols were composed and the story was told and re-told, and as the legends grew, more charming details were added: the ox and ass bowed down to worship the Lord and the little shepherd boy played his drum for the Christ child …

I call all these extra elements “Christmas clutter.” The delightful details make for a good story, but much of it isn’t in the Bible and it doesn’t fit what we now know about life in Judea in the first century.

Was there “no room at the inn”? The Greek word translated “inn” in the older versions of the English Bible is kataluma. This is the same word used for the “upper room” where the Last Supper was held. It could simply mean an upper room or an extra space which was used as a guest room. This is why modern translations of the Bible will say, “There was no space for them in the guest room of the house.”

Archeologists tell us that Bethlehem at the time of Jesus’ birth was a small village. It is very unlikely that there was a commercial inn of any kind. Instead Joseph probably turned up at the home of his family or his extended family, but because the home was crowded and there was no private place for Mary to give birth, they camped out in the stable.

Rather than Mary and Joseph being relegated to a drafty outbuilding by strangers, it was much more like any large family hosting overnight family members and setting up some extra beds in the den or the basement.

The Stable and the Cave

Justin Martyr, who lived in the area of Judea and was writing just 80 or 90 years after the death and resurrection of Jesus, said Mary gave birth in a cave in Bethlehem, and that the local people in Bethlehem knew where it was. Not too long after Justin Martyr was writing, the emperor Hadrian built a pagan temple to the god Adonis on the site in Bethlehem to discourage the Christian worship that was already taking place at the location of Christ’s birth.

What happened to the “lowly cattle shed”? Why do we say Jesus was born in a cave? He wasn’t a cave man! In fact, people in the Middle East have lived in caves since ancient times, and the area of Bethlehem is one of the areas where cave houses were not only most common, but some Palestinians still live in cave homes even today.

The Cave Dwellers of Bethlehem

In this article from 1987 titled Shepherds’ Caves Still Dot Holy Land, we learn about the people who live in caves near Bethlehem.

“Apart from a few concessions to the 20th Century, these Arabs live isolated, pastoral lives that have changed little since the time of Jesus, says Nissim Krispil, 39, an Israeli scholar of Arab folklore, history and customs in the West Bank and the author of a five-volume encyclopedia on the subject.”

The author of the article interviews Mohammed — a seventeen-year-old shepherd near Bethlehem who lives with his parents and five brothers and sisters year round in a cave that is in an area where caves have been occupied for 3,000 years.

The high ceilinged cavern where Mohammed lives has a man-made raised area, called a mastaba, where the family sleeps and eats. The animals sleep on the lower level. Once a week, the floor is doused with ammonia to sanitize the cave and neutralize the pungent odor of the animals.

Notice that the cave has a manmade “upper room” where the family lives. The stable is at the lower level. This sounds like the perfect description of the location of Jesus’ birth. When Mary and Joseph arrived at the cave house, the “upper room” was already crowded with family members, so they were given space in the warm lower room with the animals.

The Real Details Fit Perfectly With the Gospel Accounts

Was Jesus born in a stable or a cave? The answer is “both.” He was born in a cave that was a stable. These details help us to draw other conclusions. First, to understand the Bible we should try to pare away 2,000 years of traditions that have accumulated as we read the Bible through the perspective of our own culture and time. The pictures we have in our minds about the Christmas story are cluttered up with images from medieval Europe.

Second, when we learn the real details of the story they help us to draw other conclusions about Joseph and Mary. Rather than seeking lodging at an inn, they most likely stayed in the home of Joseph’s family in Bethlehem. It may have been the home of one of his brothers or even the family home where he grew up. Some scholars believe Bethlehem was actually Joseph’s real home and that he settled in Nazareth as a migrant worker to find work in the cities that Herod was building in Galilee.

Third, when the Magi arrived, St. Matthew tells us Mary and the young child were in a house. (Mt. 2:11) Because by this time Jesus is a “young child” or toddler, we can conclude that Joseph and Mary probably stayed in a similar cave house in Bethlehem for a year or two.

Finally, the real details of life in Bethlehem may not fit with the medieval legends that give color to the charming Christmas cards and carols that we enjoy, but these details do fit perfectly with the gospel accounts. This is important because the details helps us confirm that the gospels are not fairy tales made up by Christians long after the event, but stories of real people and places of history.

Dwight Longenecker is a Catholic priest working in South Carolina. He is the author of several books, including The Mystery of the Magi-The Quest to Identify the Three Wise Men. Visit dwightlongenecker.com.