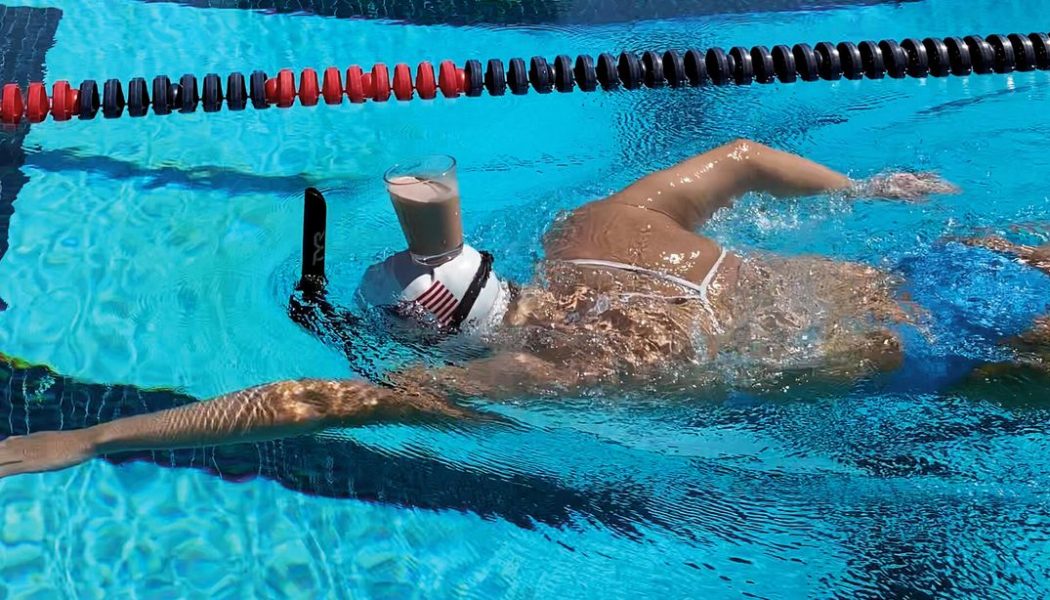 You could say she’s milking the opportunity. On Monday, American swimming gold medalist Katie Ledecky shared a video showing her swim the length of a pool with a full glass of chocolate milk on her head, never spilling a drop.

“Possibly one of the best swims of my career! (~open for debate~) ” Ledecky wrote.

It’s not just a random weird thing Ledecky decided to do — the swim was part of the TikTok Got Milk? challenge, a promotional campaign from the Milk Processor Education Program, a dairy industry-funded group. The group is reviving the popular Got Milk? ad slogan that began in 1994, and encouraging people to share oddball milk videos. So yes, it’s an ad, but it’s still amazing to watch Ledecky’s perfect balance as the glass of milk on her head shivers and shakes, but somehow never spills a drop.

Entertain your brain with the coolest news from streaming to superheroes, memes to video games.

In another sponsored video (swipe to second video below), tennis player Sloane Stephens hits tennis balls while holding a full glass of milk. That video is preceded by filmed snippets of people doing everything from opening and pouring milk with their feet to jumping into a kiddie pool full of cereal and milk.

Not everyone is as udderly talented as the two athletes, though.

“That’s pretty good,” wrote one Twitter user of Ledecky’s swim. “For my #gotmilkchallenge, I carried the milk from the fridge, to the counter, poured a glass and managed to get the jug back to the fridge without spilling a drop AND then promptly knocked the full glass over during my celebration dance.”