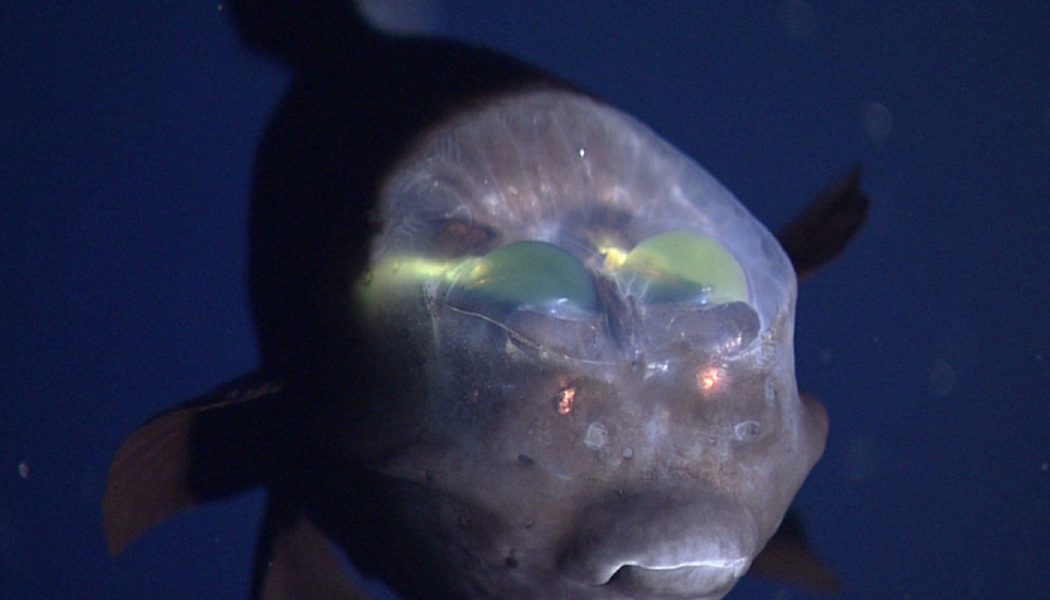 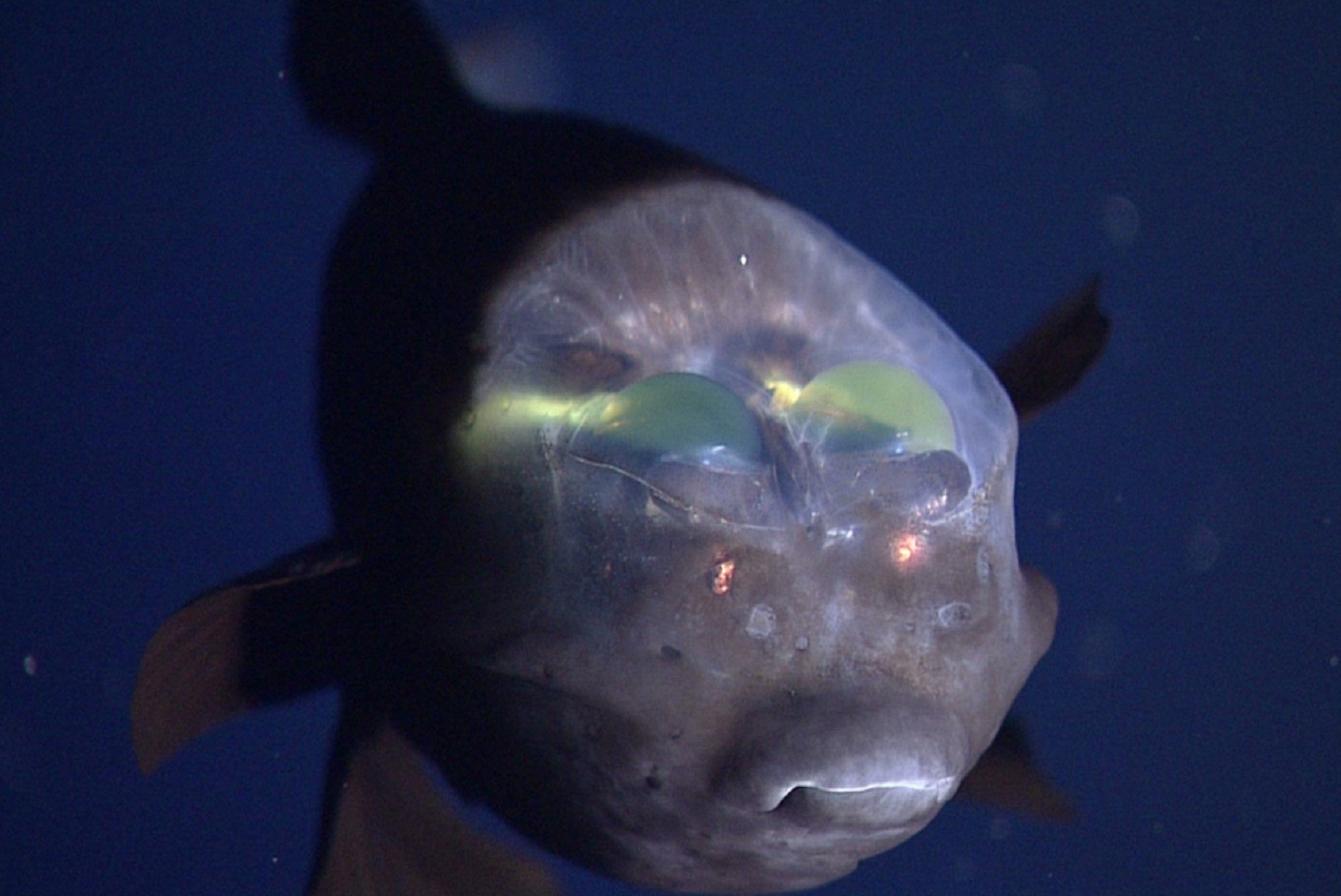 Is there anything dreamier than a giant phantom jelly billowing in the midst of a deep-sea “snowstorm” ? Depends on personal preference. Maybe you’d be more inspired by a whalefish flickering in the calm waters like an infrared sensor. Or a barreleye fish snaking through the inky depths.

These are among the dozens of rare scenes captured by Doc Ricketts, the Monterey Bay Aquarium Research Institute (MBARI)’s robotic rover. For the past many months the 12-foot-long, 10,000-pound submersible has been exploring the undersea canyons off central California—a gateway to the Pacific Ocean’s abyssal plain and the many curiosities that thrive on it.

With the rover’s powerful HD cameras and LED lights, MBARI researchers can detect and record wildlife that have hardly ever been glimpsed upon by human eyes. Take the giant phantom jelly, for example. First described in 1910 and identified in the 1960s, the species has been documented in six of the world’s oceans. Still, it’s only been seen 100 or so times—nine of which were by MBARI. The vast majority of the jelly’s body (which can stretch up to 33 feet—about as long as two stacked giraffes) is made up of four “mouth arms” that it uses to wrangle prey and tread water. It doesn’t have tentacles, nor does it seem to sting.

The whalefish was another chance discovery made by Doc Ricketts this summer. MBARI researchers identified it as a member of the Cetomimidae family, a group of deep-sea vertebrates that lack scales and prominent fins. The creatures aren’t related to whale sharks, but are named after them because of the way they hold their mouths open to feed. And though they might look neon-bright in the light, their shocking coloration helps them slip into the blackness of the midnight zone. Marine biologists are still piecing together the whalefish’s anatomical details, but from what they know so far, it enjoys a truly unconventional sex life.

Of course, no bottom-of-the-ocean adventure would be complete without an animal that looks like it’s made of cellophane. Just this week, MBARI researchers shared a clip of a barreleye fish found more than 2,000 feet down in Monterey Bay. Unlike whalefish, this animal has a working set of peepers that roll all the way back in its head, allowing it to scan above for threats. The green lenses might also help it to spot bioluminescence, even when sunlight invades its environment. The transparent helmet, meanwhile, is filled with fluid, which protects its organs and gives them some wiggle room.

Doc Ricketts is one of two robotic rovers that MBARI owns and operates. The ocean-research center also uses a benthic rover, a mini rover, and multiple other autonomous vehicles to explore Monterey Bay. Check out its YouTube channel for more videos from its deep sea expeditions.

Correction (December 13, 2021): The length of the Doc Ricketts robotic rover was incorrectly labeled as one foot. It’s 12 feet long.

Luxurious engagement ring. How to make money on shopify: 4 ecommerce money saving tips. What rights you have over your data.