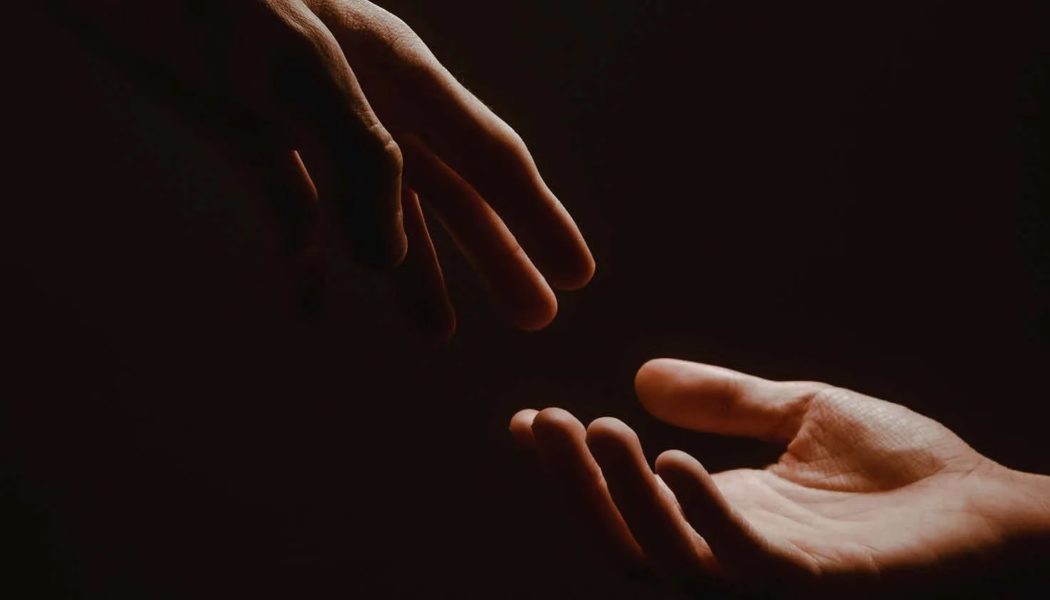 This Sunday, the 17th Sunday in Ordinary Time, Jesus teaches his disciples the Our Father, and it gives us a chance to look at the prayer more carefully.

What we find is that it’s not just a prayer for us to receive graces from the Father. It’s a challenge for us to live in a totally different way.

We know the Our Father so well, we can forget what it means.

In answer to a request to learn how to pray, Jesus gives his disciples the Lord’s Prayer, stated a little differently in Luke. “When you pray,” Jesus says, “Say …”

Jesus here is giving us a hard-to-believe privilege and an easy-to-forget responsibility. Can we really call God “Father” the way the Second Person of the Trinity does? As St. Cyril of Alexandria put it, “He gives his own glory to us. He raises slaves to the dignity of freedom. He crowns the human condition with such honor as surpasses the power of nature.” At the same time, “Since we call God ‘Father’ and have been counted worthy of such a distinguished honor, we must lead holy and thoroughly blameless lives.”

“Hallowed be thy name.”

The next petition, likewise, depends not just on God, but on our response to him. St. Augustine says that, with or without our praying for the kingdom to come, “of course it will come.” But “May the kingdom come within us and may we be found within that kingdom. That is our petition.”

“Give us each day our daily bread.”

This is a reference to more than food. John Cassian stressed that the word here is “Give us this day our supersubstantial bread,” noting that “Another evangelist uses the term daily.” Together these show that “without this bread we cannot live a spiritual life for even a day.” And Catholics know who this bread is: the Bread of Life, Jesus himself, who comes to us in the Eucharist.

“Forgive us our sins as we forgive everyone in debt to us.”

This is a petition Jesus himself expands on in the Parable of the Unforgiving Servant who was forgiven much by his master, but demanded payback from his peer. He was thrown in prison, and, “So also my heavenly Father will do to every one of you, if you do not forgive your brother from your heart,” Jesus warns.

“Do not subject us to the final test.”

The final petition can cause some confusion. But “God forbid that our Lord should seem to be the tempter,” said Tertullian. “Even in the case of Abraham, God ordered the sacrifice of his son not to tempt his faith but to prove it.” He said to pray this in the way that Christ suggested when he told his apostles, “Pray that you may not enter into temptation,” at the Agony in the Garden.

We beg for grace in the Our Father, the grace to change. He wants to give it.

Abraham in today’s first reading makes a mistake we often make: We forget that God is truly our Father.

Like Abraham, we can think of God as a powerful, indifferent authority figure — after all, he is the great rulemaker who gets angry when we break the rules. Or we may think of him as an eternal killjoy, wanting to quash any fun or pleasure we have as soon as he sees it. We feel we have to be careful what we do or feel judged by his watching eyes.

Abraham expects that God will punish innocent people out of his anger and desire for order, and he tells him he shouldn’t. God agrees. “If I find 50 innocent people in the city of Sodom,” says God, “I will spare the whole place for their sake.” Abraham does not take Yes for an answer. He simply cannot believe that God will be loving and kind enough to spare the innocent. So he asks him again. And again.

In doing so, Abraham is a little bit like a child who asks a question over and over because he cannot quite grasp the concept.

Jesus also compares us to a questioning child — and his Father to a dad.

Think of the interactions between a small child and a human father — not a dad in front of the TV or on his smartphone, but one who is paying attention. The child may ask her father for something and might feel like he is ignoring her. She wants a glass of water; he realizes that she just had one and is only asking because she is bored. She wants to watch a movie; he knows it would be better for her to read a book.

As the small child and the father converse, the father will try as hard as he can to use terms and concepts that she can grasp, but she will have to stretch her abilities a little to fully get what he is saying. She wants an easy answer; he can give only honest answers.

All attentive fathers have faced children who feel like they are not being heard. “You are so unfair!” a child will say. “You say No to everything!”

But fathers have also witnessed the dawning realization in a child that her dad is on her side after all. “Thank you, daddy!” a child will say. “You are the best daddy ever!”

We can look at the answers in the Gospel with more sophistication than that, though.

St. Augustine, from a standpoint a lot closer to Christ’s times than we are, saw telling symbols when Jesus says, “What father among you would hand his son a snake when he asks for a fish? Or hand him a scorpion when he asks for an egg?” A fish rather than an snake means baptism rather than slavery to sin, he said. An egg is a symbol of hope, since a chick emerges from it, but the scorpion is a symbol opposed to hope, stinging from its backside when you least expect it.

But we also know that there is one gift Jesus gives for our good that looks twisted like a serpent and can sting like a scorpion, yet fulfills our baptism and gives us real hope: The cross. That’s the gift Jesus’s Father gave him. As St. Paul puts it in the Second Reading, “And even when you were dead in transgressions,” owned by sin, he “removed it from our midst, nailing it to the cross.”

That is why, to this day, some of the gifts I am most grateful for are crosses.

As Abraham learned, God would spare a town for the sake of 10 innocent people. But now we know that he spares each of us for the sake of a single innocent one: His son. But he insists, “Whoever does not take his cross and follow me is not worthy of me.”

It took time to understand it, but I feel I can thank him for many of the crosses I have received. I thank him for giving me the hard things I needed in place of the selfish things I wanted; the discipline I received that led to more self-control; the times I lost something I was clinging to too tightly; the great sadnesses that helped me rely on God more; the crushing disappointments that made me ask hard questions and find important answers; the suffering that opened space in my heart for more love; the prayers that were answered in the perfect way but that felt like rejections at the time; and even the small irritations that remind me many times a day that I’m not the center of the world.

He insisted I take what I needed even when I rejected what he wanted to give. That’s real love from a true Father.