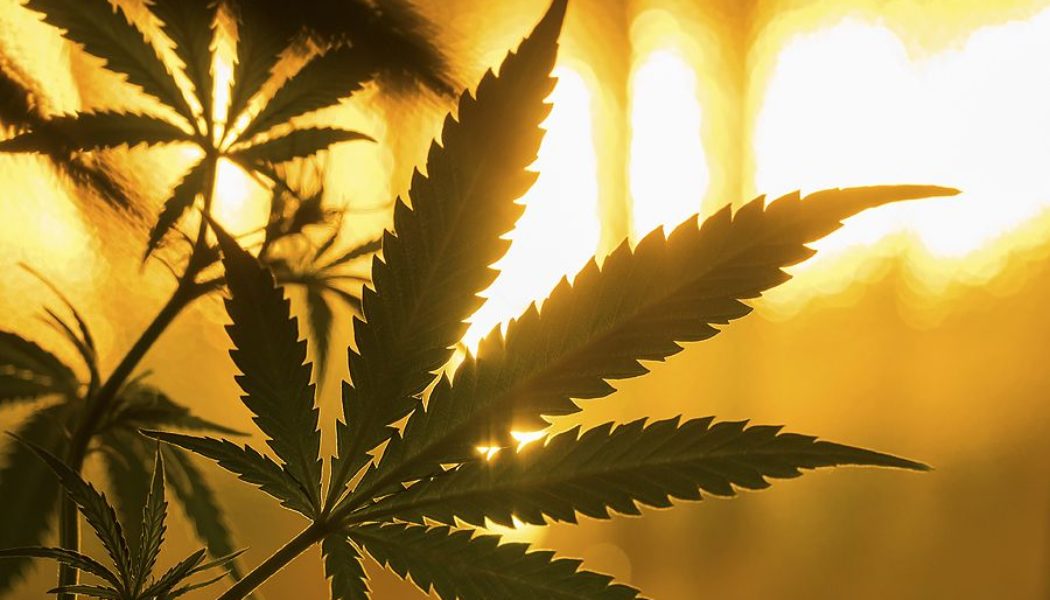 “We’ve tried to be very consistent in our approach to criminal justice issues … we have always supported criminal justice reforms and expungement, but our view is that you can do that outside of this [amendment], and you can decriminalize without completely legalizing,” he said.

Maryland’s Question 4 passed Tuesday with nearly two-thirds of the vote. It will add a new article to the state Constitution that would allow individuals 21 years of age or older, starting in July 2023, to use and possess marijuana and to authorize the Maryland General Assembly to “provide for the use, distribution, possession, regulation, and taxation of cannabis within the state.” It also will make changes in criminal law and create automatic expungements of past marijuana possession convictions, the AP reported.

The Maryland Catholic Conference had on Oct. 24 released a statement noting that marijuana legalization has historically been viewed in Maryland through a racial lens, as many of the people incarcerated for marijuana possession in the state belong to minority communities.

“The Maryland Catholic Conference recognizes the concern that the enforcement of cannabis policies has had a disproportionate impact on minority and marginalized communities in the past and that legalizing marijuana has been proposed as a way to address this historic inequity,” the statement read.

The Maryland Catholic Conference did not respond by press time to CNA’s request for additional comment Wednesday.

Arkansas’ initiative, Amendment 4, would have legalized the possession and use of up to one ounce of marijuana for 21-year-olds, enacting a 10% tax on marijuana sales, and requiring the state Alcoholic Beverage Control Division to develop rules to regulate marijuana businesses. The amendment failed on Tuesday, 56.2%-43.8%.

Bishop Anthony Taylor of Little Rock, Arkansas’ sole diocese, had noted in a Sept. 29 statement that “the Church has no moral objection to the medical use of marijuana, just like any other drug, when used for a genuine medical purpose.”

“Legalization of the recreational use of marijuana, on the other hand, would be a disaster for our state,” Taylor continued, citing medical evidence on how marijuana negatively affects developing brains and statistics on the rise of various societal problems, such as road accidents caused by impaired drivers, in states that have legalized weed.

“Legalizing a drug for recreational use that causes these effects on the human body, particularly our youth, is not a path civil society should choose to take,” Taylor said.

Dennis Lee, chancellor for administrative affairs for the Diocese of Little Rock, told CNA on Wednesday that Taylor’s statement was crafted to express opposition to the legalization of recreational marijuana in general and did not mention the specific ballot measure. Activist groups will likely attempt to legalize marijuana again, Lee noted, but Taylor’s statement against legalization “is going to speak for itself.”

Measures fail in the Dakotas

The Dakotas both rejected separate ballot measures to legalize recreational marijuana. North Dakota voters would have allowed people 21 and older to legally use marijuana at home, possess and cultivate restricted amounts of cannabis, and would have created a regulated industry. The measure failed approximately 55%-45%.

South Dakotans had actually voted to legalize marijuana possession before — in 2020 — but the state Supreme Court later struck down that result. This time around, the measure failed by 3%.

The Catholic bishops of South Dakota in a September statement had urged voters to reject Measure 27 due to “the harms that legalizing marijuana will bring to individuals, families, and our state.” The bishops of neighboring North Dakota released a similar statement, saying legalization “does not advance the common good and poses harm to families, children, our most vulnerable, and the community. Instead, it signals that marijuana is safe, without regard for those families and communities it leaves behind.”