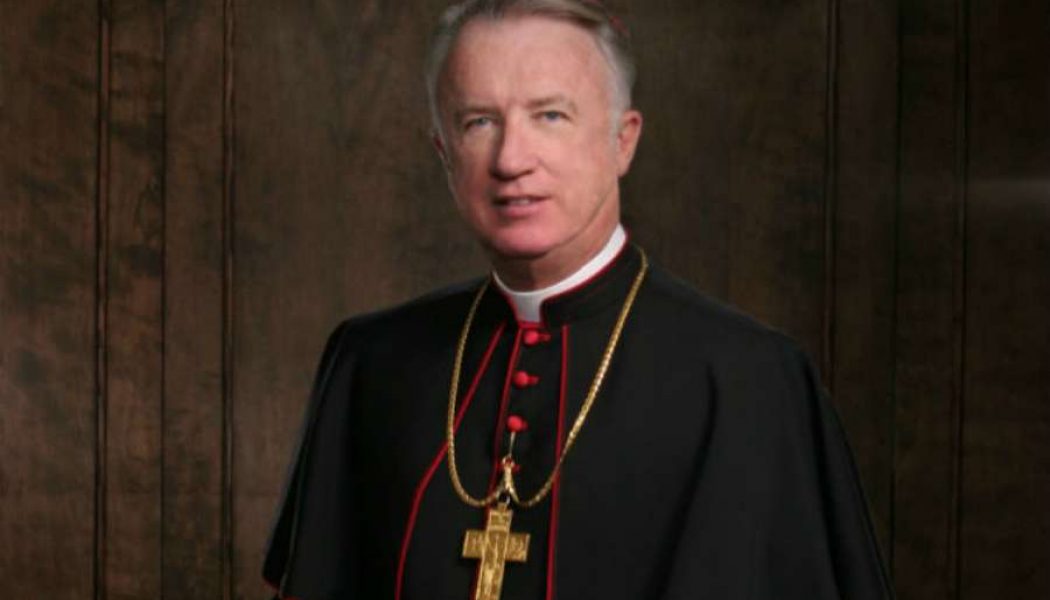 Denver Newsroom, Aug 15, 2020 / 03:01 pm MT (CNA).- Bishop Michael Bransfield, who headed West Virginia’s only Catholic diocese before retiring amid scandal, has not communicated with his successor in months. A plan to ensure he makes some reparation for financial and sexual misconduct has still not been implemented.

“I have not heard from him in many months and I would not expect to,” Bishop Mark Brennan of the Diocese of Wheeling-Charleston told the MetroNews call-in radio show Talkline Aug. 4. “Whatever he is doing, he is doing and is in a dark hole. We do not know exactly what he is up to, we have not been in communication.”

Brennan said the apostolic nuncio in Washington, D.C. has not heard from Bransfield either.

“The Holy See in Rome imposed upon Bishop Bransfield the obligation to make amends for some of his wrongdoing. I wasn’t sent in to demand that, they demanded that,” Brennan continued. “What they asked me to do was work with him and let me tell you, that was not easy to do.”

According to Brennan, Bransfield did not admit wrongdoing and refused to make his own plans to make amends. The Washington Post on Aug. 11 said Bransfield declined to comment.

The Diocese of Wheeling-Charleston told CNA Aug. 14, “We have no further comment other than what has already been reported.”

Wheeling-Charleston is West Virginia’s only Roman Catholic diocese. About 1.8 million people live in the state, and about 110,000 of them are Catholic.

Bransfield headed the diocese from 2005 to 2018. Pope Francis accepted his resignation in September 2018, just after Bransfield turned 75.

After Pope Francis accepted Bransfield’s resignation, the pope ordered Archbishop William Lori of Baltimore to investigate allegations that Bransfield had sexually harassed adult males and misused diocesan finances during his time in West Virginia. Investigators established that the bishop had engaged in a pattern of sexual malfeasance and serious financial misconduct.

Bransfield spent nearly $1 million on private jets and over $660,000 on airfare and hotels during his 13 years as Bishop of Wheeling-Charleston. He often stayed in luxury accommodations on both work trips and personal vacations.

He often travelled with young priests in their twenties. Bransfield was accused of sexual harassment by at least one of his travel companions.

Bransfield is reported to have sexually harassed, assaulted, and coerced seminarians, priests, and other adults during his thirteen years as Bishop of Wheeling-Charleston. He was also found to have given large cash gifts to high-ranking Church leaders, using diocesan funds.

The bishop spent thousands of dollars on jewelry and other clothing, including spending more than $60,000 of diocesan money at a boutique jeweler in Washington, D.C. during his time in office.

Brennan’s plan for Bransfield would require him to apologize to his alleged victims of sexual harassment, apologize to the diocese’s faithful, and repay nearly $800,000 to begin to make amends for his behavior, West Virginia’s new bishop has said.

Bransfield has denied the allegations of sexual harassment of seminarians and priests. He has said his staff was responsible for diocese’s finances. He previously told the Washington Post he thinks he improved the diocese’s financial situation. He attributed the gift-giving to norms within Church culture.

In a July 28 letter to the Catholics of West Virginia, which discussed several topics, Brennan said neither he nor the apostolic nuncio had heard anything from the Holy See for more than five months regarding his plans for Bransfield to make amends.

“The coronavirus pandemic struck Italy hard, so that may account for the delay,” he said. “Please pray that this matter may soon be resolved.”

On Aug. 3 the Diocese of Wheeling-Charleston announced a partnership with Navex Global to implement a version of its EthicsPoint program to report suspected misconduct by clergy, religious, or lay employees of the diocese, its parishes, or schools.

“This reporting system will give priests, religious, and laypeople a safe, honest channel for reporting and expressing concerns regarding members of the Church, including bishops. This system ensures that the voices of those who have concerns are heard, and the allegations are properly investigated.”

Archbishop Lori, who investigated the allegations, banned Bransfield from public ministry within the Diocese of Wheeling-Charleston and the Archdiocese of Baltimore in March 2019. In July of that year the Vatican imposed additional sanctions, including a ban on Bransfield living in his former diocese.

Under Brennan’s proposed reparations plan, all proceeds would go to a special fund to provide counseling, care and support for sexual abuse victims. Instead of receiving an ordinary bishop’s stipend, Bransfield must accept a stipend of only $736 per month, equal to the stipend of a retired priest who had served 13 years in the diocese.

The diocese will still provide the bishop’s Medicare supplemental health care coverage, but he will be personally responsible for some health care and disability policies. Bransfield must either purchase or return the car he was provided upon his retirement. He may not be buried within the diocese’s cemetery upon his death.

At least four senior American prelates received financial gifts from Bransfield. These same churchmen also received complaints against him from the West Virginia faithful, the Washington Post reported in July 2019. Archbishop Lori is among the bishops who have said they would return the gifts. He said he received $7,500 in gifts from Bransfield in 2012.

Some of the bishop’s travels were connected to his work with the Papal Foundation, which supports projects and proposals recommended by the Holy See. Bransfield headed the foundation’s board until his retirement.

The disgraced former cardinal Theodore McCarrick, who served as Archbishop of Washington from 2001 to 2006, co-founded the Papal Foundation in 1988. He was credibly accused of sexual abuse in 2018 and later dismissed from the clerical state by Pope Francis.