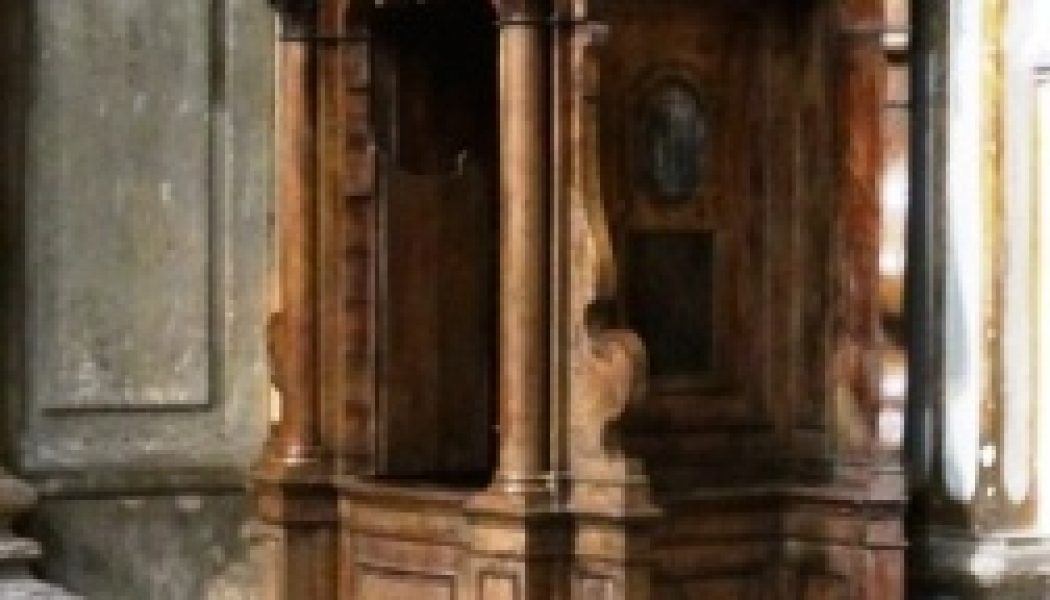 I just read that Italy is taking the measure of locking down the entire country, 60 million people, until 3 April.  I don’t know if this is irrational panic or not.  Let’s say that it is.  Let’s say this coronavirus or another disease gets really bad.

If the country is on lockdown I suppose we won’t have the obligation to go to Mass on Sundays.

However, how would we get Last Rites or make a confession?  If priests have the right or permission to move around for pastoral emergencies, how would they hear our confessions if we can’t let them in or go out?

If things get really really really bad, there is the option of General Absolution.  A priest, even from a bit of a distance, could absolve a group of people of their sins.  That said, when the emergency abated, everyone who had received that absolution would have to go to regular auricular confession as soon as possible, except in the case of danger of death.

But, sticking to the scenario as presented…

Last Rites, which means (possibly) confession, with anointing and administration of Viaticum.   That would require that the priest by physically present to the person.  A priest could use a tong to administer the anointing and even the Host for Communion.  But he has to be within reach physically to anoint the person on the skin.

Confession.   This is a little more flexible.   I am running scenarios through my mind.

For absolution to be valid, the priest and the penitent must be present to each other physically.  They don’t have to be close.  I think that present means within hearing distance.  If the priest and penitent are far enough apart that they have to shout and other people could hear them, in that case, General Absolution can be used.

But wait!  Perhaps you have seen that in some older confessionals there were electronic devices like telephones in a jail visiting room for penitents (or priests!) who were hard of hearing.  Therefore, the penitent, on the other side of the grate, could use an electronic means to make himself heard.

If that is the case, I think that the priest, on one side of the door, and the penitent, on the other side of the door, could communicate the matter of the confession (the sins) and subsequent counsel and penance, either by raising their voices (if not using General Absolution) or even by mobile phone, or text.  Yes, there could be a risk that someone might intercept.  However, I don’t see a difference between that and the confessional amplifier other than the fact that the confessional amplifier is an enclosed system.  The priest is physical present, as if on the other side of a confessional grate and the matter of the confession (sins) is communicated.  The priest can validly absolve.

Could that same thing work if, for example, the priest were in a car on the street, and the penitent were at the door or window of a house or apartment.  Within sight and hearing, but at a distance and where people might hear?   I think so, provided they are within sight and hearing.  In that case, perhaps, a mobile phone could be used and absolution could be given with a raised voice.

Let’s have another futuristic scenario.  Remember that I am character in a sci-fi book series!  I know what I am talking about.

Let’s say that I am chaplain in the SpaceForce and we are deployed in our space wing.  If you, an attack vehicle door gunner get grazed with a chemical oxygen iodine laser and you are, so to speak, toast, you could key me via comms (“CHAPS! I’m HIT!”). I, from another ship, would activate my jetpack, get eyes on you in your red shirt/space armor and absolve you, dodging the debris and force beams.  I could probably validly absolve you over comms if I can get into moral physical contact even though the sound of my voice cannot travel through the void of space!

Alternatively, since I have been doing some reading around the topic of the administration of sacraments by the deaf or by the mute priest, and there are evolving views of what “language” means, I might, might, if comms were down, when you are trapped behind a bulkhead and losing oxygen, I might be able to absolve you by tapping and scraping (dits and longer dahs) in Morse code with a specially blessed titanium hammer I could have for that purpose (provided you know Morse!!).  Yes, you would have to know Morse code.   But I couldn’t absolve in Morse from another ship.  I’d have to be on the other side of that bulkhead doing it physically with my Titanium Absolution Form Hammer (officially designated TITFAB-RC or as my Space Marines have lovingly dubbed it, the “Tap Out”).  Given that this is a thick bulkhead and I am using a hammer to scrape and tap, I might be able to tap/scrape either in zero-G (ZIGEE) or compromised artificial-G (ARTGEE), what? 10 WPM?

Another reason to learn Morse code.

Now, if we were time travelling, and the the polarity was suddenly reversed… which I don’t rule out…

Leave that for another day.

Just to be clear, anyone can make a confession via megaphone, telephone, semaphore flags, or ham radio.  A priest cannot validly absolve solely by those means.    He must be physically present to you, at least morally.  There must be adequate proximity to use an electronic intermediary.  You can’t be absolved if you are in, say, Columbia Heights, and I am here in the Cupboard Under The Stairs.

All the more reason to GO TO CONFESSION while you can do so easily! And, in case you were wondering, I am way cooler than Dan Dare in Kennedy’s books.