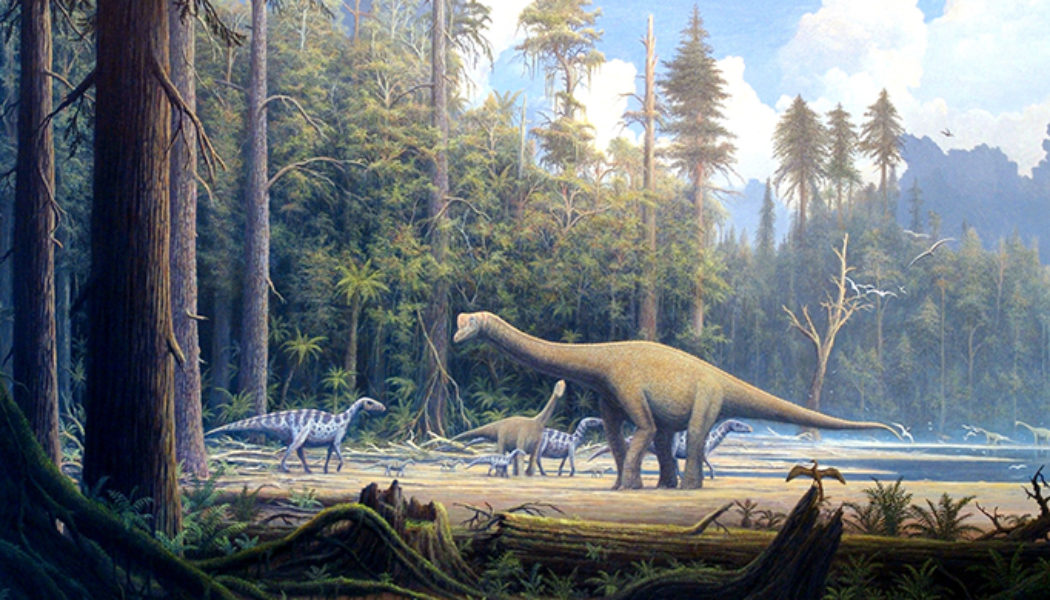 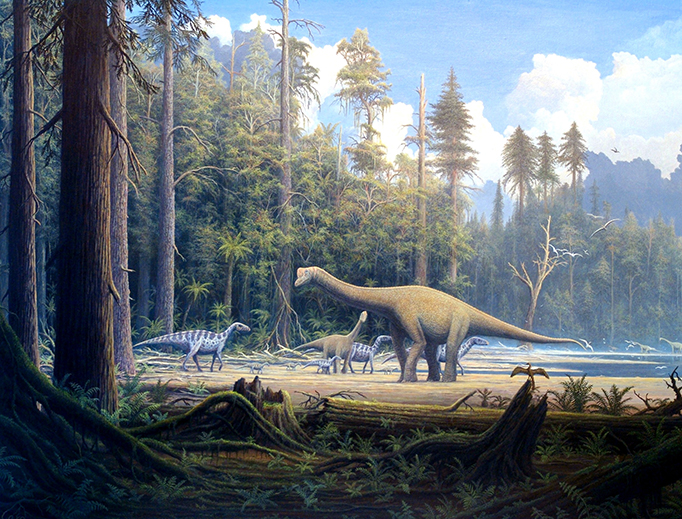 Suppose you catechize your children properly and teach them all about Adam and Eve, the Garden of Eden and original sin. Suppose you sit on the sofa one Sunday evening, read the Bible with them and explain how God created all of the plants and animals.

On Monday morning, they return to their science classes and learn about fossils and dinosaurs, which have sparked an interest and led them to browse the Internet for more information. It’s not like dinosaurs are taboo or anything. Kids love dinosaurs! Eventually, they ask the obvious question.

“So, Mom, I have been wondering: Did the dinosaurs live before or after Adam and Eve?”

You open your mouth to answer and catch yourself mid-breath, as you consider the path of reasoning. Well, that little question is mighty loaded, isn’t it? You tread carefully.

If the answer is that the dinosaurs lived before Adam and Eve, then it follows that all words and sentences in the first three chapters of Genesis are not to be taken literally. Dinosaurs are believed to have dominated the earth for more than 100 million years, first appearing more than 200 million years ago in the Triassic Period and reigning during the Jurassic Period — until about 60-70 million years ago, at the end of the Cretaceous Period, when they went extinct.

You can try to cram all of that into six biblical days, but if you say so, your kids are certain to ask further questions about which Bible stories are literal and which are not and how to know the difference. You panic as you picture them asking, “So, Mom, is the Resurrection just a made-up story, too?”

Still holding your breath and looking fearfully at the little inquisitors, you continue to think it through.

If the answer is that the dinosaurs lived after Adam and Eve and roamed with antediluvian giants (or something) before the Great Flood of Noah, then fine, maybe, just maybe, you have preserved the literal sense of the very first Bible story to a T. Unfortunately, you will have to explain why you deny evolution … and you don’t, do you?

Just as you are about to faint, the doorbell rings. You thank God and hug your neighbor for the rescue.

My kids have asked this question, and I have practiced my answer. First, do not teach them young-earth creationism. In my opinion, that is a failure to teach at all. It requires you to tell kids that a certain narrow group of self-appointed authorities are the sole authorities of both science and theology, and that is a dangerous corral to shove them in.

It may seem tidy and safe at first, but young-earth creationism sets kids up for, at least, confusion and, at worst, rejection of religion in favor of scientific enlightenment as they begin to crack open biology textbooks on their own. I do not even support teaching the controversy. (For the sake of balance, do not teach kids to be modernist heretics either.)

Instead, teach them how to dive into mystery. Use questions about dinosaurs as opportunities to explain how to sort difficult questions because life is going to be full of such demands. Tell them every question is not going to have one, single, final, definite answer because, frankly, we do not know everything. Teach them to think systematically by learning the complex details and to simultaneously integrate large amounts of information into a developing, whole picture. (Think jigsaw puzzle.)

Here are some details:

What do we make of dinosaurs and death? This explanation is from Ludwig Ott’s Fundamentals of Catholic Dogma “The Origin of Death” (pp. 473-474) and Henry Denzinger’s The Sources of Catholic Dogma (788) “The Decree on Original Sin” (Council of Trent, 1546). In Romans 5:12, St. Paul the Apostle says: “By one man sin entered into the world, and by sin death, and so death passed upon all men, in whom all have sinned.”

The Council of Trent teaches that the first man, Adam, transgressed the commandment of God in paradise and immediately lost his holiness. In doing so, “he incurred through the offense of that prevarication the wrath and indignation of God, and hence the death with which God had previously threatened him.”

Those last words — “hence the death … God … threatened him” — are important, as is the distinction of “all men” in St. Paul’s letter. As threatened, Adam’s sin transmitted death to him, and death then passed upon all men (all humans). There is no mention of animals. Death is natural for animals. It is how they were created.

For humans, death is natural without grace, but God created humans for everlasting life through grace. Ott explains that man was “endowed with the preternatural gift of bodily immortality in paradise.”

The gift was lost as a punishment for sin.

Ott also explains that, in the case of those justified by grace, death loses its penal character. Christ and the Blessed Virgin Mary were free from original sin. Death was neither a consequence nor a punishment for them. Christ conquered death for humans; Mary was assumed into heaven.

Other animals, including Tyrannosaurus rex, died because it is natural for them. They were not created with the preternatural gift of immortality. They were not given free will. They did not sin against God.

How do we know what to take literally? You have to literally understand the word “literally.” The word “real” means actually existing, and “literal” means a strict verbal interpretation of written phrases.

Remember, we are after truth. The instruction given by Pope Paul VI in Dei Verbum (1965) reminds us that “God speaks in sacred Scripture through men in human fashion” (12). This means the interpreter, the investigator, must focus on what God communicates in the words. We take into account the “literary forms” (historical, prophetic, poetic, etc.) of the sacred writer, but our human words can never fully express divine mysteries. So we try to understand, in humility and gratitude.

Even the strictest biblical fundamentalists do not interpret every phrase in Genesis literally.

For example, Genesis 3:6-7 says, “She took of the fruit thereof, and did eat, and gave to her husband, who did eat. And the eyes of them both were opened.” A literal interpretation would compel us to believe that original sin merely altered the position of four eyelids. The real interpretation has to do with the effect of sin on mental perception. Pope St. John Paul II demonstrates how to derive the richness of Scripture. In his general audience address “Creation as a Fundamental and Original Gift” (1980), he explains how the “eyes of the body” are affected by sin. Shame limits communion in relationships, not just between man and woman, but in communities. Sure, striving for a fuller interpretation takes more work, but we gain more insight about God’s gifts. This is why we can maintain that the first three chapters of Genesis are stories of real events and also understand that not all individual phrases are literal as we might interpret them in our time. How far does the line go? That is the work of theology, and it is not an easy question.

However, the Pontifical Biblical Commission issued a decision more than a century ago that is helpful, titled “Concerning the Historical Nature of the First Three Chapters of Genesis” (1909). It is worth reading:

So there it is: Genesis is real, but not a science text. God created all things, and humans special. We may judge carefully on our own, as long as we remain faithful to the magisterium, should a decree on evolution ever be issued — and there will no such decree as long as the answers are ambiguous.

Meanwhile, say something like this to your kids: “Dinosaurs lived before Adam and Eve. You have been taught about how God created plants and animals before he created man and woman. Well, there is much more to the story. Scientists have learned about fossils, taxonomy, anatomy and genetics, all subjects you will learn in time. Be excited; it is mind-blowing to explore how God designed nature!”

We cannot know all the ways that God creates — indeed, there is a hubris and an impropriety in declaring that we can know God’s every decree — but we can have fun learning science in the light of faith.

Besides, you are going to need this grounding when they ask: “Were Adam and Eve Homo ergaster, Homo erectus, Neanderthals or Cro-Magnons? Oh, and where did their grandchildren come from?” Those questions are coming. These kids are the future of the Church.

Expert hosting reviews and advice. Easiest system ever – done for you affiliate marketing system. It is important to know that there are many different types of real estate buyers lists available.