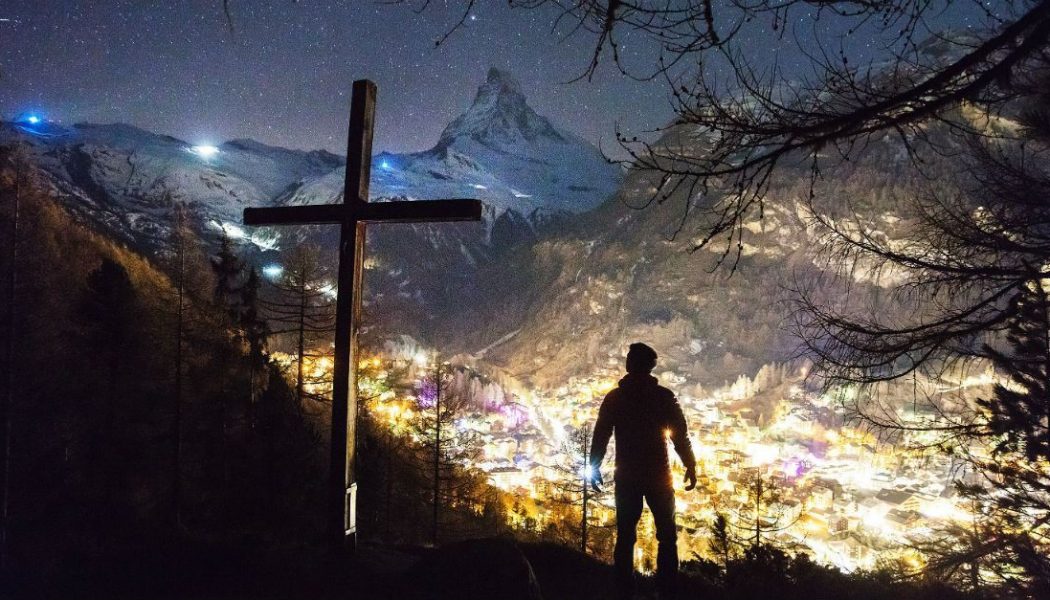 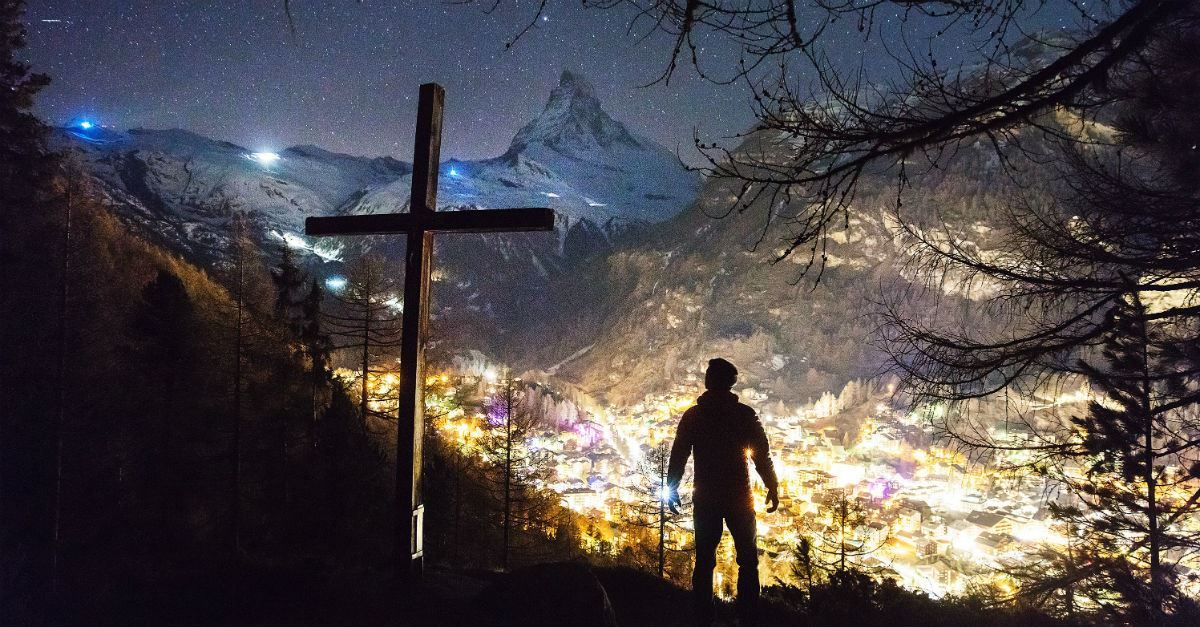 “Omnipotent” derives from the Latin omnis meaning “all” and potens or “powerful.” Omnipotent is not a word used in the Bible, but “almighty” appears in virtually every book of the Old Testament, often dozens of times. El Shaddai, a Hebrew name for God, evokes His omnipotence as the Almighty. El Shaddai means God most powerful or God Almighty.

God of the Mountains

Another possible meaning of El Shaddai is “God of the mountains,” according to BibleStudyTools.com. After leading Israel out of Egypt, Moses met El Shaddai on Mount Sinai in order to receive His commandments. This is perhaps why “God of the Mountains” is one definition for El Shaddai.

Another translation of Shaddai is “Overpowerer.” This evokes the notion of God the hero who overpowers Israel’s enemies.

Abigail, the wise wife of foolish Nabal, knew that God was with David. The Lord had famously favored and protected him since boyhood. When Nabal provoked David and nearly caused his family to be slaughtered, Abigail appeased David with reminders of God’s power and justice.

“The life of my lord will be bound securely in the bundle of the living by the Lord your God, but the lives of your enemies he will hurl away as from the pocket of a sling” (1 Samuel 25:29).

Abigail reminded David that a just God exerts His power to defeat Israel’s enemies, not to seek revenge. Abigail’s boldness paid off and her family was spared.

While many might not prefer to think of God as the “Overpowerer,” he is indeed omnipotent over all. He is sovereign over life and death, and He is fearsome in strength to overcome any enemy. The Philistine Goliath was mighty, but not all mighty.

“Omnipotent” is sometimes a reference to God’s sufficiency. On Mount Sinai, and in the wilderness, God sought to show His people that He was sufficient for them. His wisdom, unlimited power, and eternal nature were enough for Israel. He fed them and provided water in the desert.

God is also sufficient to complete His own work. Why does God instruct believers to spread His word or feed his sheep if He can accomplish all things everywhere autonomously? “The God of the Bible is one who does not need us at all,” Matthew Barrett wrote. If God needed us to accomplish His work, “He may be a God like us, but he is not a God better than us,” Barrett said. God wants relationship with us, but that’s not the same as being needed by Him.

In reality, we in our weakness need Him. God gave “us the light of the knowledge of God’s glory displayed in the face of Christ. But we have this treasure in jars of clay to show that this all-surpassing power is from God and not from us,” (2 Corinthians 4:6-7).

When the Lord works through ordinary people who are not capable of whatever job He has assigned them, His omnipotence is displayed.

Saying that God is “omnipotent” does not suggest a near-perfect control over all of creation: God’s power is complete. He has all authority over creation, life, and death.

God created the universe and all life with His voice and His breath (Genesis 1). When Jesus walked on water (Matthew 14:26-27), His power over natural law came from the Father.

“Jesus’ direct control over natural law” such as breaking “the known laws of gravity and of the properties of liquid water did not change, suspend, or cancel these universal laws; instead, it was the exercise of a stronger power,” the Forerunner Commentary stated.

David experienced God’s sufficient protection over his life many times. As Saul tried to kill David, God protected the young man who would become King of Israel.

“David stayed in the wilderness strongholds and in the hills of the Desert of Ziph. Day after day Saul searched for him, but God did not give David into his hands” (1 Samuel 23:14).

Daniel also experienced the all-powerful God protecting his life. God closed the mouths of the hungry lions that surrounded Daniel, preserving the beloved prophet for His glory (Daniel 6:16-22).

Christians are mortal; they die, but God has often revealed His power by overcoming real physical dangers and thwarting the enemies of His children.

The omnipotent God displayed his power over death itself when He raised His only Son, Jesus Christ, from the grave. “But God raised Him up again, putting an end to the agony of death, since it was impossible for Him to be held in its power” (Acts 2:24). And 1 Corinthians 6:14 says, “Now God has not only raised the Lord, but will also raise us up through His power.”

God can be trusted to accomplish anything if it is in keeping with His plans and His ultimate story. Christians know this because “God, by His exerted power, reversed the process of death, overturned the process of decay, caused a silent heart to beat again,” as David Jeremiah said. “He was resurrected with an eternal body, which, according to Philippians 3:20-21, serves as a prototype for our own resurrected bodies.”

God’s is more powerful than the enemy.

Satan only has power over flesh; he is the enemy we fight in this “present darkness” (Ephesians 6:12). We are instructed to “put on the full armor of God, so that [we] can take [our] stand against the devil’s schemes” (Ephesians 6:11). This armor, being of God the Almighty, is sufficient to protect His children against the Devil. While one should not discount Satan’s power to fill people with demons (Matthew 8:28, Luke 8:2) and snatch the Word that falls on unreceptive hearts (Mark 4:15), Christ’s authority is greater. “The one who is in you is greater than the one who is in the world” (1 John 4:4).

God has promised to raise believers from the dead to live with Him eternally, and Scripture shows us that He has this power: “And if the Spirit of him who raised Jesus from the dead is living in you, he who raised Christ from the dead will also give life to your mortal bodies because of his Spirit who lives in you” (Romans 8:11).

Believers “obtain the fullness of power that God has provided for us in Christ to the same extent that we understand and claim the Holy Spirit’s work for ourselves,” R.A. Torrey said.

God shares his power, not his omnipotence, with his people through faith in Christ Jesus. Omnipotence is an incommunicable attribute of God. Jesus assured the disciples “if you have faith as small as a mustard seed, you can say to this mountain, ‘Move from here to there,’ and it will move. Nothing will be impossible for you” (Matthew 17:20).

Shared hosting – your hosting expert. Login & select from 100+ ready to use templates or create ebook from scratch. Progressive profiling is a way of gradually gathering more information from your leads over time.