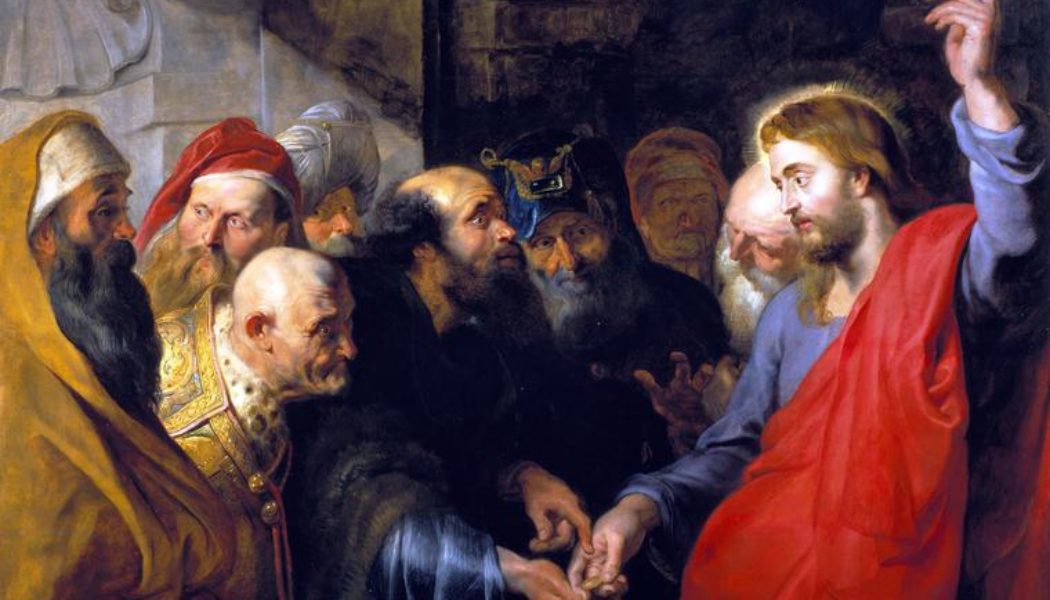 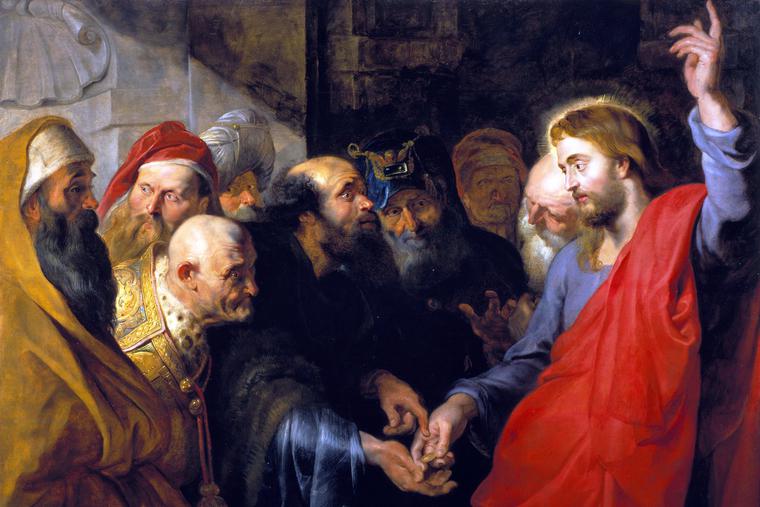 “Put not your trust in princes,” the psalmist writes (146:3), explaining that we won’t get help from them. He had a pessimistic view of politicians, which is not the usual American view. We have — especially before elections — great hope in princes, as long as they’re our princes and not the other side’s.

We tend to feel the nation’s future hinges on the election of our princes, and maybe feel even more strongly that it hinges on the defeat of the other side’s princes. I’ve been involved in politics for a long time and have the classic journalist’s low view of politicians, and I still feel anxious.

Not unreasonably. However low a view one might have of the American political system, and mine is on the bottom end of low, it still affects people’s lives — the lives of the poor and vulnerable most of all. If elected, one candidate will do one thing and the other candidate another. The political goods we Catholics care about, like the protection of human dignity and the promotion of human flourishing, may be advanced or harmed, depending on who’s elected.

What does the Church say about these princes, our politicians? Does it tell us how much can we trust them, how much hope can we invest in them? Can we quote anyone on this besides the psalmist? Surprisingly, as far as I can find, no.

The Catholic tradition has a high view of the politician’s calling. As Pope Francis wrote in Evangelii Gaudium:

Politics, though often denigrated, remains a lofty vocation and one of the highest forms of charity, inasmuch as it seeks the common good.

Pope Benedict XVI implied the same thing when he wrote in Deus Caritas Est that the “just ordering of society and the State is a central responsibility of politics.” Such a great responsibility implies a serious calling for those who accept it. Most statements on political life say something like this. Gaudium et Spes for one, and the U.S. bishops’ “Forming Consciences for Faithful Citizenship” for another.

Then-Cardinal Joseph Ratzinger’s doctrinal note on “The Participation of Catholics in Political Life” began noting that the Church venerates many who served as politicians. It mentions the politicians’ patron saint, St. Thomas More, who in his martyrdom witnessed to “the inalienable dignity of the human conscience.” I would add that his death by beheading at the king’s order also witnesses to the difficulty in being an honorable politician, and that difficulty suggests there may be relatively few of them. To many, losing their office would be only a little better than losing their head.

The Church speaks highly of the politician’s calling. But as far as I can find, our authoritative tradition does not speak at all of politicians as we meet them in real life. At least the tradition as articulated in modern Western democratic nations. It doesn’t have a Psalm 146 tradition.

It does not offer warnings along the lines of the Catholic historian Lord John Dalberg-Acton’s famous saying, “Power tends to corrupt, and absolute power corrupts absolutely.” Nor the less quoted but equally relevant following sentence, “Great men are almost always bad men.” (He means “great” in a worldly sense, as having power and position. Like, you know, successful politicians.)

Instead, magisterial documents describe the kind of leaders politicians ought to be, but not the kind of leaders they tend in practice to be. The Compendium of the Social Doctrine of the Catholic Church describes in a short paragraph the politician’s virtues, in particular “patience, modesty, moderation, charity, efforts to share.” It then describes “political corruption” as one of “the deformities of the democratic system,” but without saying who it is that might be corrupt.

A few teaching documents drop hints. Two sentences after he speaks of the politician’s “lofty vocation,” Pope Francis begs God to give us “more politicians who are genuinely disturbed by the state of society, the people, the lives of the poor.” “More” means there are some, but doesn’t imply that there are many.

He then says how crucial it is that politicians “take heed and broaden their horizons,” and asks, “Why not turn to God and ask him to inspire their plans?” The wording suggests that many or most have narrow horizons and do not take heed, and haven’t thought to turn to God and ask his direction.

But as I say, we don’t seem to have any authoritative teaching on the nature of politicians. Where does that leave those of us who cherish the psalmist’s insight, and suspect he didn’t know the half of it?

For a view of politicians, we must look to those whose lives and witness give them authority to speak, including those who were most radically disengaged from the political system. Many, many have written on this. Among them are Dorothy Day and her mentor Peter Maurin. In my reading, Day herself hardly ever talks about politicians as a group. They weren’t relevant to the way she thought Catholics should live. Neither she nor Maurin voted.

Maurin could be gently critical. “A politician is an artist in the art / of following the wind / of public opinion,” he wrote in one of his “Easy Essays.”

And he could be blunter. Both Republicans and Democrats treat politics as “just profitable business,” he writes in another easy essay. By doing this, they “have prostituted / the noble calling / of politics.” They serve mammon, not people, he writes in another. “When the banker has the power / the politician / has to assure law and order / in the profit-making system.”

Day and Maurin together wrote hundreds of thousands of words exploring what life without trust in princes means, which you can find in Day’s columns for The Catholic Worker and in her diaries, published as The Duty of Delight. They chose to live in poverty, outside the political system, to take care of and share the life of the poor in a way impossible otherwise.

Here’s an example of their attitude to their work. Day wrote in House of Hospitality, as a kind of prayer:

Do what comes to hand. Whatsoever thy hand finds to do, do it with all they might. After all, God is with us. … We offer Him what we are going to do. If He wishes it to prosper, it will. We must depend solely on Him. Work as though everything depended on ourselves, and pray as everything depended on God, as St. Ignatius says.

You don’t have to agree with their radical disengagement, but I think we should all be disengaged in the same way, acting politically to achieve what good we can, but not trusting in politicians or politics to do much. We can’t trust them to stand for the poor and vulnerable, which is the main test, I think. The poor we will have with us always, and one reason is that the poor are useful to the rich, and the rich include the “woke” as well as the wealthy. It includes most of our princes.

Catholics like Day and Maurin have given one possible response to the psalmist, to the whole Psalm, and not just the famous line. He said more than just the cautionary remark on princes.

He wrote “Put not your trust in princes” in the second verse of a Psalm that begins “Hallelujah! Praise the Lord” and goes on to say how happy and blessed is the man “whose hope is in the Lord, his God” — and not, by implication, in princes.

He praises the Lord who “keeps faith forever, secures justice for the oppressed, who gives bread to the hungry. The Lord sets prisoners free; the Lord gives sight to the blind. The Lord raises up those who are bowed down; the Lord loves the righteous. The Lord protects the resident alien, comes to the aid of the orphan and the widow, but thwarts the way of the wicked.” The Lord does this — not, by implication, the princes in whom we are not to put our trust.

On election day, as you go to vote, or if you don’t, say “Hallelujah! Praise the Lord,” and live as if you couldn’t put your trust in princes.