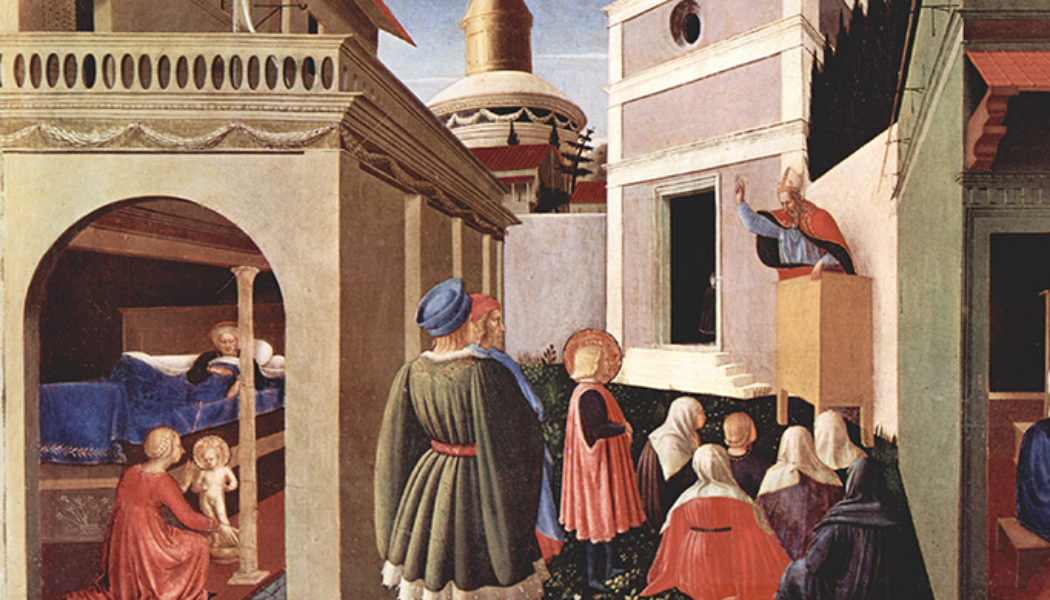 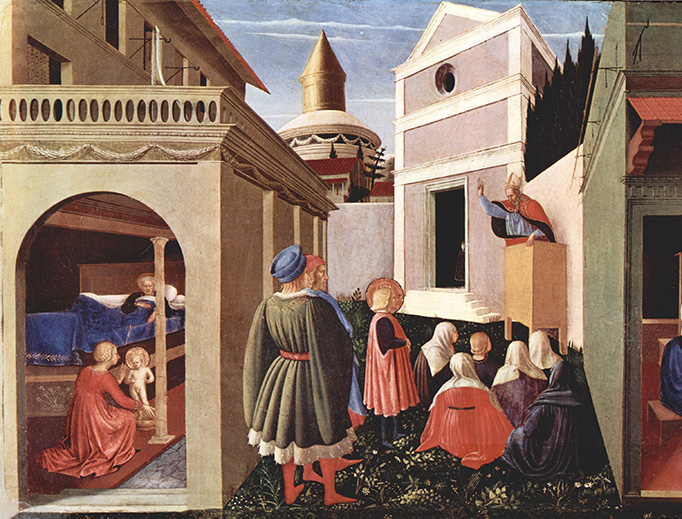 To celebrate the patron saint of children, it is the custom in many countries to give a small gift to children on Dec. 6, St. Nicholas’ Day, making the feast a sweet prelude to Christmas.

For nearly 1700 years, St. Nicholas has been one of the most popular saints of the Church — in the East and the West. The number of churches, chapels, religious institutions and altars dedicated to him throughout the Christian world defy counting.

According to the new edition of Butler’s Lives of the Saints, about 400 churches are dedicated to him in England alone. He is the patron saint of Russia, Greece, Germany and countless cities and regions throughout the Christian world. The list of his areas of patronage is exhaustive, everything from penitent murderers to seafarers to unmarried women to pawnbrokers to innkeepers. He is still on the books as the patron saint of the Varangian Guard, Christian Vikings who were the personal bodyguard of the emperor in Constantinople.

Almost forgot — Nicholas is also the patron saint of children. It is that last area of patronage that has caused Nicholas some trouble, and we’ll get to that in a moment. Devotion to St. Nicholas is still strong in the Eastern Rites of the Catholic Church and in the Orthodox Church, but in the West St. Nicholas has suffered a setback.

How could such a universally popular saint go into a devotional tailspin? I blame the Rev. Clement Clarke Moore (1779-1863). Yeah, that’s right, the poet who gave us the classic, “‘Twas the Night Before Christmas.” Moore’s original title for his poem was “A Visit from St. Nicholas,” and that’s how all the trouble started.

Moore was a learned man, a professor of Oriental and Greek literature at the Episcopal Church’s General Theological Seminary in New York City. As an author, his interests were eclectic: he compiled a lexicon of the Hebrew language, wrote a biography of the King of Albania, and also churned out A Complete Treatise on Merinos and Other Sheep. If only he had kept to arcane topics, Moore would have sunk into obscurity along with countless other 19th-century American authors who had a genius for writing books no one wanted to buy, let alone read. But no. He had to venture into poetry for children.

To be fair, Moore was influenced by the work of one of the most popular authors of his day, Washington Irving, a fellow New Yorker who gave us “Rip Van Winkle” and “The Legend of Sleepy Hollow.” Irving was part of a literary movement in New York that wanted to revive New York’s traditional Dutch heritage in a city which, thanks to immigration, was becoming ever more diverse. One of the stories Irving told was of St. Nicholas, the patron saint of old Amsterdam and New Amsterdam, flying over the treetops in his magic wagon on Christmas Eve and stuffing presents into children’s stockings.

Irving wrote quite often about Christmas. It was the only winter holiday, and in New York it could be a raucous affair, with a great deal of drinking, brawling, and other public disturbances. For example, on Christmas Eve 1806, a crowd of drunken Scots Protestants attempted to burn down St. Peter’s Church, where many members of New York City’s Catholic population had assembled for Midnight Mass. In the congregation that night was a new convert, St. Elizabeth Ann Seton.

Irving wanted to transform Christmas into a cheerful, sober, family-friendly celebration in which gifts were exchanged, families gathered around the piano to sing carols and then enjoy a lavish meal, and friends called upon friends to wish each other the joys of the season. It would be a refreshing change from attempted arson.

Moore was strongly influenced by Irving’s vision of wholesome, family-oriented celebrations of Christmas, and of his recasting of St. Nicholas from a bishop of boundless charity and compassion into a sprite who flew about on Christmas Eve leaving gifts for children. In his poem, Moore used the names St. Nicholas and Santa Claus interchangeably (supposedly, again according to Irving, the Dutch settlers called their patron saint Santa Claus). Moore transformed Santa’s wagon into a sleigh, drawn by eight flying reindeer. The poem is wonderfully whimsical, one that has appealed to children and adults for almost 200 years. No doubt Moore intended no harm, but his Christmas poem had unintended consequences. Even the most devout Catholic is going to have a tough time praying to a saint who is said to be “a right jolly old elf.”

So who was the real St. Nicholas? He was born to a Christian family in Patara in what is now Turkey. He became a priest and eventually was consecrated bishop of Myra. Although his name does not appear on the oldest lists of bishops who attended the Council of Nicaea, a strong tradition among the Greeks insists he was there and even slapped Arius across the face when the arch-heretic was bold enough to assert that Jesus Christ is not the Second Person of the Blessed Trinity, but a kind of supernatural superman created by God the Father.

Nicholas’ patronage of children comes from an ancient legend — and there are lots of legends about Nicholas — that tells how he raised from the dead three little boys who had been murdered by an innkeeper.

The most popular story about St. Nicholas, one that is still well-known, tells of his compassion for three poor young women. Their father had lost his fortune and with it all hope of providing dowries for his daughters. To save them from their poverty and the threat of having to support themselves as prostitutes, Nicholas threw bags of gold coins through an open window of the poor family’s house so that each daughter would have enough to make a good marriage.

In the 11th century the Seljuk Turks began encroaching on the territory of the Byzantine Empire. By 1084 Myra, the site of the tomb of St. Nicholas, was in Muslim hands. Although the Turks had not defiled the shrine, many Christians in the West thought it scandalous that the relics of St. Nicholas should be in enemy hands. The Venetians planned to rescue the saint, but in 1087 merchants from Bari in southern Italy got there first. Today the relics of St. Nicholas lie in the crypt of the grand Romanesque basilica the people of Bari built for the saint, and pilgrims — both Catholic and Orthodox — continue to visit the shrine. One of the recent pilgrims was Russian president Vladimir Putin.

Although devotion to St. Nicholas in the West has seen a nosedive, it’s not all bad news. To celebrate the patron saint of children, it is the custom among the Austrians, Germans, Swiss, Belgians and Dutch to give candy and perhaps a small gift to children on Dec. 6, St. Nicholas’ Day, making the feast a sweet prelude to Christmas.

I don’t think i’ve had such excellent support from a web hosting company before. Breakthrough new app lets you copy & paste our done-for-you system that makes. Generate more leads with the help of social media social media is an excellent way to generate leads.