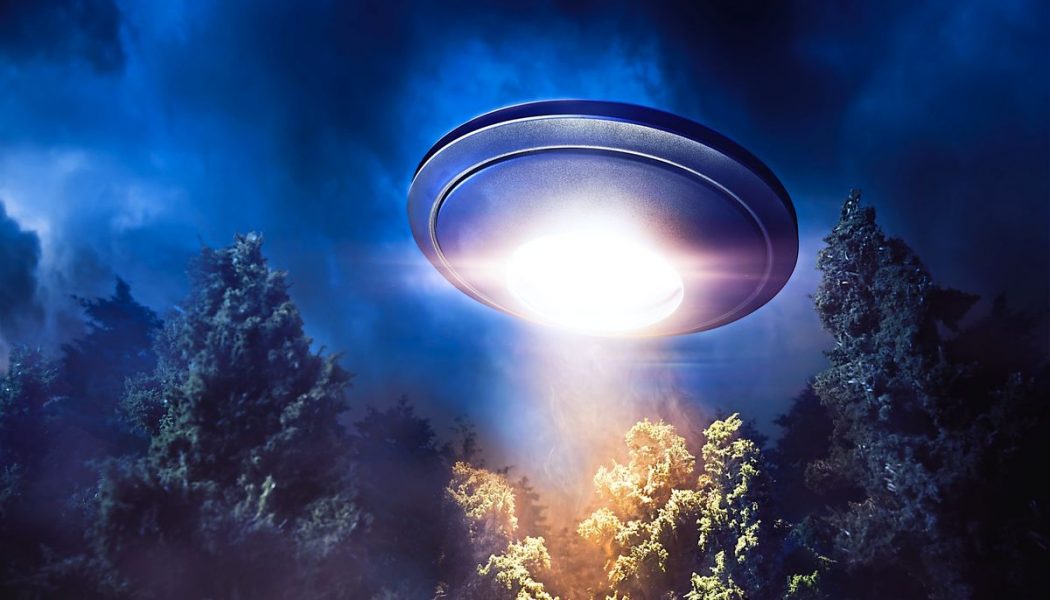 Have you ever seen a UFO? I did when I was a boy and this podcast of mine tells the story of how my sister and her husband saw one.

Recently there has been a new rash of UFO sightings and with them the usual speculation about aliens and life forms from other planets.

The mistake in thinking about UFOs is to treat the phenomenon with a purely materialistic and mechanistic mindset. This is to view the phenomena purely through our own preconceptions about reality. In other words, “Because we have airplanes and rocketships and modern technology we assume beings from other planets must have similar aircraft but better and more advanced.”

I think this is nonsense. Instead I hold to the opinion expressed by the author Patrick Harpur in his book Daimonic Reality that there is a realm of reality that is between the purely supernatural and natural/physical realms. This in between realm is neither materialistic in the hard scientifically verifiable sense, nor is it purely invisible and spiritual in the angelic sense.

Instead this realm is the realm of the collective unconscious, and in it and from it all sorts of paranormal beings emerge. They are real products ot the human collective mind, if you will so they really “exist” but neither in the empirical sense nor the angelic invisible sense. These beings can emerge into the material realm and we can really “see” them. They might register on our senses and our technology. They might even leave scorch marks on the grass, footprints or other relics of their visitations but Harpur says you will never actually capture a Yeti, a leprechaun, an alien or a chupacabra.

I think UFOs are from that realm. Curiously, Harpur notes that this sort of phenomena–whether it is poltergeists, hauntings, UFO encounters etc. etc. often occur when there is increased psychic disturbance through trauma, puberty, social violence, war, famine or some other kind of personal or societal stress.

So now, as our race and our world is experiencing stress and upheaval on so many fronts we should not be surprised at extra disturbance coming from this “in  between realm”

What to do about it? Not much really. I think these sorts of things occur down through history and there is not much to do except to avoid becoming obsessed with this twilight zone. Instead, we say our prayers, trust God and get on with the long hard task of being a faithful disciple of the Lord Jesus–who is after all–the Lord of heaven and earth and before whom every creature from every realm shall give due homage and honor.