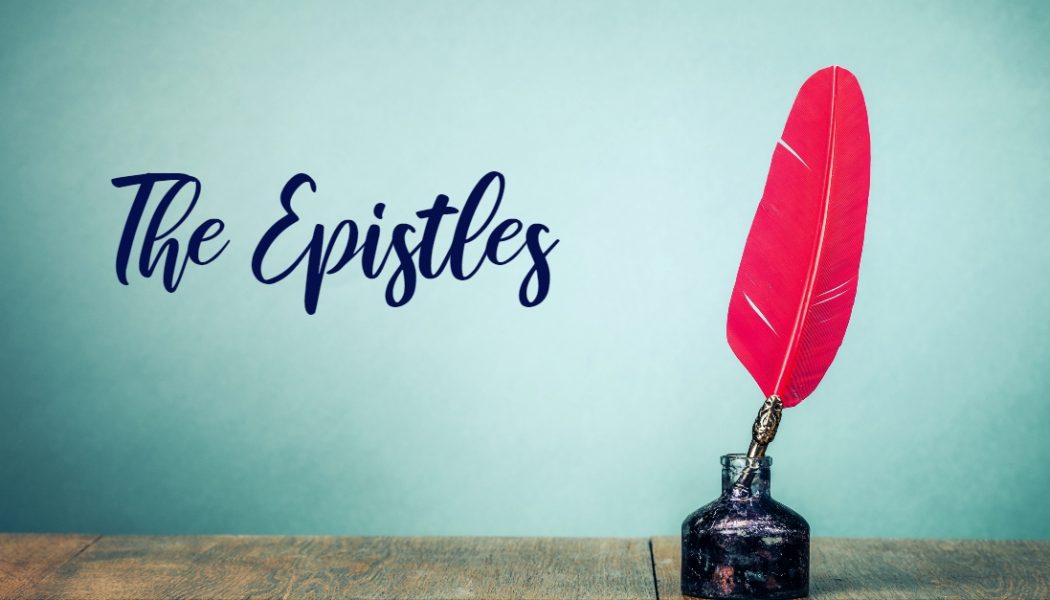 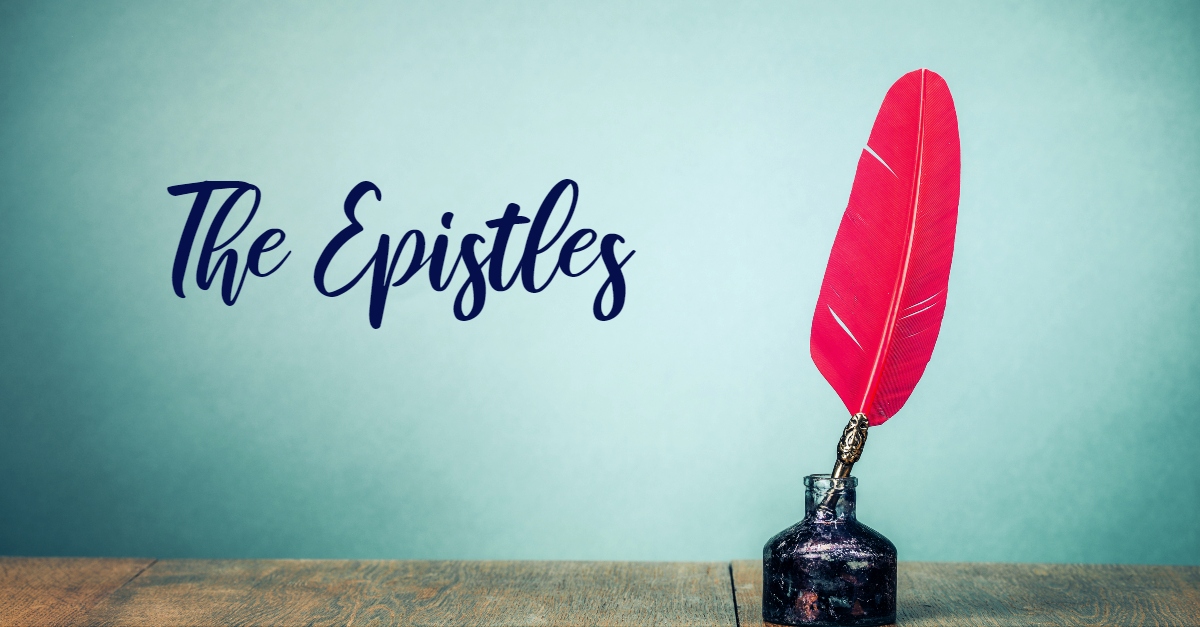 The word epistle comes from the Greek word epistole, meaning letter or message. Epistles were primarily written communications during the time of the New Testament. For example, Paul, Peter, and John wrote epistles or letters to churches or individuals (Timothy, Titus, Philemon).

Epistles Were Written on Scrolls

An epistle was a letter written on a scroll most often dictated by an author to a scribe and then reviewed by the author before being delivered by a trustworthy messenger. 1 Peter, for example, mentions Silvanus or Silas (1 Peter 5:12) as transcribing Peter’s letter. Timothy, Paul’s close associate, was also involved in transcribing and delivering Paul’s letters (Colossians 1:1; 1 Thessalonians 1:1; Philemon 1:1). Even so, Paul verifies in each letter he writes that he is the author (Galatians 6:11).

Epistles follow a fairly recognizable template. For example, Paul’s letters begin with an introduction where he identifies himself to his audience, mentions any known associations, and gives a greeting. The introduction of an epistle is followed by the main body of the letter and concludes with a blessing and a personal note to individuals within the church he’s addressing.

Epistles Are Only Found in the New Testament

Epistles in the Scriptures are only found in the New Testament, which contains 21 such letters extending from Romans to Jude. Thirteen of the Epistles are written by the Apostle Paul. These are:

Within the Pauline epistles are a group of letters known as the Prison Epistles (Ephesians, Philippians, Colossians, and Philemon). These epistles were written during Paul’s two-year house arrest in Rome (Acts 28:30-31). The Pastoral Epistles (1 and 2 Timothy and Titus) were written to church leaders and include teaching focusing on worship services and church order within the early church.

Following Paul’s Epistles are eight General Epistles, also known as the Catholic Epistles, and are written to a universal audience. These include the following:

Epistle Authors in the New Testament

We do not know who the author of Hebrews is. The epistle of James is one of the earliest New Testament books and was written by James, the half-brother of Jesus (1 Corinthians 15:7). Peter wrote 1 and 2 Peter. John, the same author of the Gospel of John and Revelation, wrote 1-3 John. Jude was written by Jude, another half-brother of Jesus (Jude 1:1).

The authors of the Epistles (Peter, Paul, or John) or a family member of the Lord Jesus (James and Jude) were all inspired by the Holy Spirit (2 Timothy 3:16-17; 2 Peter 1:20-21), and the letters are preserved as part of the New Testament’s writings today.

The Work through the Holy Spirit

God speaks through the Word of God. The Lord God sent His own personal epistles in the person of the Lord Jesus to accomplish His finished work through His death and resurrection (John 19:30). After this, Jesus ascended to heaven, where He now is our High Priest, Advocate, Intercessor, and soon returning Lord.

Jesus has given His people His love letter, which is His revealed Word. The apostles sent letters to churches to instruct the people there. Even so, a letter is not very personal, so the Lord Jesus sends the Holy Spirit (John 15-17), who uses the Word in the life of Christians to help them walk in the grace of God.

As you study, the Epistles don’t skip over the introduction, which is so critical to understand the audience being addressed. Additionally, notice the structure of Paul’s argument, for example in Romans, he uses “therefore” (Romans 5:1; 8:1; 12:1) to highlight truths he’s already discussed and builds upon. These transition phrases help readers of the Epistles understand the flow of the argument(s) of the book. They also help Bible readers understand the purpose of the book, and much more.

As you read the Epistles, ask the Lord through the Holy Spirit to help you understand not only the meaning and application of the biblical text, but also ask Him to help you grow in skill and wisdom to understand His revealed Word, which tells you about His plan and ways for His glory.

Dave Jenkins is the Executive Director of Servants of Grace Ministries, the Executive Editor of Theology for Life Magazine, and the Host of the Equipping You in Grace Podcast. He received his MAR and M.Div. through Liberty Baptist Theological Seminary. You can follow him on Twitter at @davejjenkins, find him on Facebook at Dave Jenkins SOG, Instagram, or read more of his writing at Servants of Grace. When Dave isn’t busy with ministry, he loves spending time with his wife, Sarah, reading the latest from Christian publishers, the Reformers, and the Puritans, playing golf, watching movies, sports, and spending time with his family