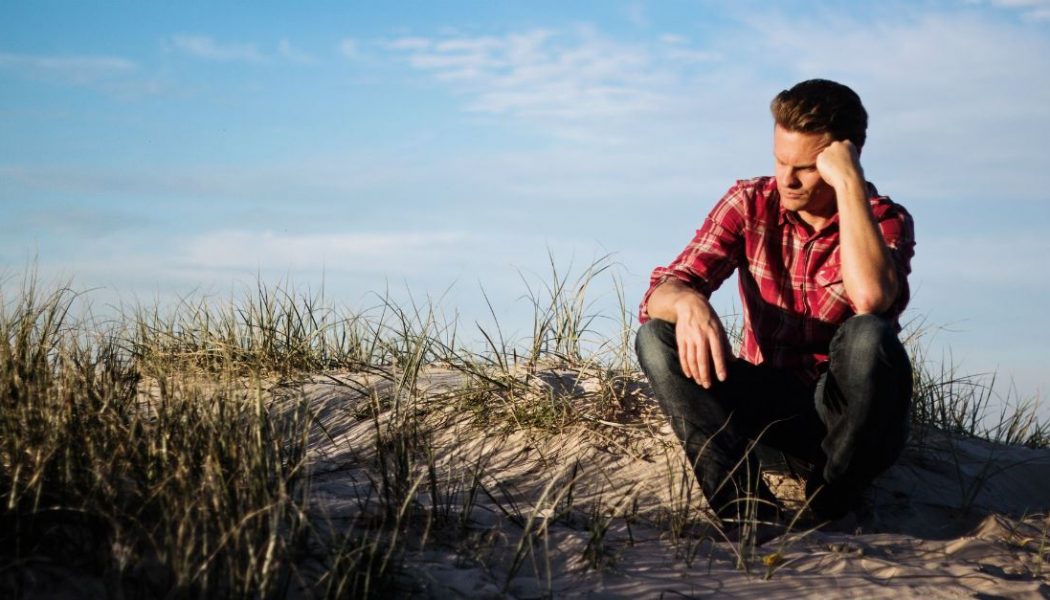 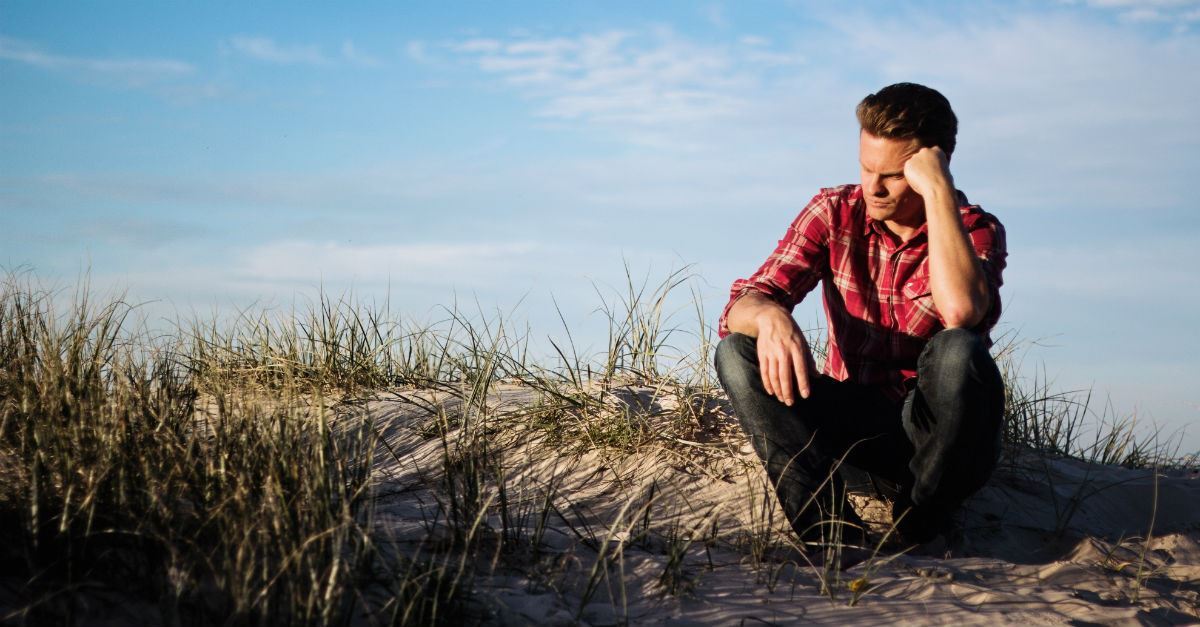 For many, the word “hedonism” may conjure ideas of loose living or earthly pleasures. However, some Christians believe that a different form of hedonism— “Christian hedonism”—is in fact worthwhile and ultimately glorifying to God.

Meaning and Origin of Hedonism

The term hedonism itself dates back to the ancient Greek word for pleasure. The philosophy of hedonism is believed to have first been taught by Aristippus of Cyrene, a student of Socrates. He taught that the meaning of life is pleasure, and thus pleasure should be the ultimate pursuit.

Though Aristippus may have been the first to teach hedonism, he wasn’t alone. Around roughly the same time, Chinese philosopher Yang Zhu taught that since there was no afterlife and no god, one might as well pursue as much pleasure as possible in the present.

Aristippus was succeeded by Epicurus, who also taught that there was no afterlife and the ultimate goal was pleasure, though he acknowledged that sometimes some pain or restraint could be good if they led to greater pleasure. The Epicurean school of thought flourished, especially in Rome, and was one of the forces that resisted early Christianity.

For a while, hedonism lay low, though it was occasionally addressed, for example by Aquinas. It reemerged prominently in the late 18th century under philosophers such as Jeremy Bentham and began gaining traction once more. It developed into a more nuanced psychological and ethical theory, but the main idea of hedonism remains: a person ought to pursue the greatest pleasure.

What is Christian Hedonism?

Though the idea has grown and is now taught and supported by a variety of church leaders, “Christian hedonism” was first coined by Reformed Baptist pastor John Piper in 1986 in his book Desiring God. Piper defines Christian hedonism in this way:

“Christian Hedonism is the conviction that God’s ultimate goal in the world (his glory) and our deepest desire (to be happy) are one and the same, because God is most glorified in us when we are most satisfied in him.”

Piper states that the Christian should ultimately pursue joy by pursuing God. Piper argues that the pursuit of pleasure only leads to problems because, in the words of C. S. Lewis,

“It would seem that Our Lord finds our desires not too strong, but too weak. We are half-hearted creatures, fooling about with drink and sex and ambition when infinite joy is offered us, like an ignorant child who wants to go on making mud pies in a slum because he cannot imagine what is meant by the offer of a holiday at the sea. We are far too easily pleased.” – sermon “The Weight of Glory” June 8, 1942.

Thus, Piper believes that God ultimately wants the Christian to pursue Him as the highest pleasure and satisfaction.

According to Piper, one of the goals of Christian hedonism is to replace the Kantian morality that goodness only comes if one is doing something out of duty even though one has no desire to do so, with no interest in a reward (including pleasure) being gained.

Piper wishes to eradicate duty-focused Christianity and replace it with joy-filled Christianity in which the doer actively pursues doing good and finds pleasure in it.

Piper believes that pleasure is a gauge of what one values. He compares this to marriage, invoking the analogy of a husband giving flowers to his wife. If she asks why and the husband replies, “Because it is my duty,” it will not be a very satisfactory answer. However, she is shown value and honor when his reason is that he is doing it because she makes him happy. Likewise, Piper claims that God is glorified when the Christian finds pleasure in Him.

What is NOT Christian Hedonism?

Christian hedonism does not condone the pursuit of worldly pleasure. Rather, it encourages seeking God as the highest pleasure.

Unlike the hedonism of Yang Zhu and Epicurus, which claimed that pleasure should be the ultimate goal since there was no afterlife or god(s) anyway, Christian hedonism proposes pursuing pleasure because there is a God and an afterlife, and dwelling with said God is the greatest pleasure to be pursued.

Christian hedonism also does not support pursuing God as a means to obtain pleasure, but because He is the greatest pleasure.

“Christian hedonism” is not a term found in the Bible. Of course, neither is the word “trinity,” or the terms for several other Christian doctrines. Thus, support for and against Christian hedonism can only be inducted from various passages.

The idea of enjoying the Lord seems to be thoroughly biblical. For example, Psalm 37:4 instructs the believer to “delight yourself in the Lord,” and in Philippians 3:8, Paul calls all other things rubbish in comparison to the “surpassing worth of knowing Christ Jesus.”

Pleasure also does not seem to be condemned by the Bible, but rather is portrayed in a positive manner when that pleasure comes from God (e.g. Psalm 16:11). Many passages also speak positively of seeking a “reward” or “prize” (e.g. Matthew 6:6, Colossians 3:23-24, James 1:12, Philippians 3:14).

The question then seems to be whether or not God is glorified by His people finding pleasure in Him. Many passages seem to suggest that this does indeed glorify God, since the Bible frequently records shouting, dancing, or other joyful activities performed with the intent to glorify God. For example, Isaiah 24:14-15 reads,

“They raise their voices, they shout for joy; from the west they acclaim the Lord’s majesty. Therefore in the east give glory to the Lord; exalt the name of the Lord, the God of Israel, in the islands of the sea.” (emphasis mine)

Thus, there does not seem to be anything distinctly unbiblical about Christian hedonism as proposed by John Piper.

However, hedonism itself is thoroughly condemned in the Bible, as clearly stated in 1 John 2:15-17:

Though there does not seem to be anything particularly unbiblical about Piper’s stance of Christian hedonism, it is worth noting that the glory of God does not depend on whether or not humans take pleasure in Him. God is fully glorified in and of Himself and His glory is not diminished because of the disobedience of mankind (Malachi 3:6, Revelation 1:8).

Furthermore, though the goal may be to take ultimate pleasure in God, as fallen humanity this will not always be the case (see Romans 7:15-20). However, God may still be glorified without ultimate pleasure being taken in Him; human pleasure is not portrayed in the Bible as the sole way He is glorified. Nature, events, and even humans can point to God’s glory whether or not they are part of some active pleasure (e.g. John 9:3).

In the end, Christian hedonism as an idea reminds us of the great pleasure there is in seeking and glorifying God.

John Piper, “What is Christian Hedonism?”

Sam Storms, “What is Christian Hedonism?”