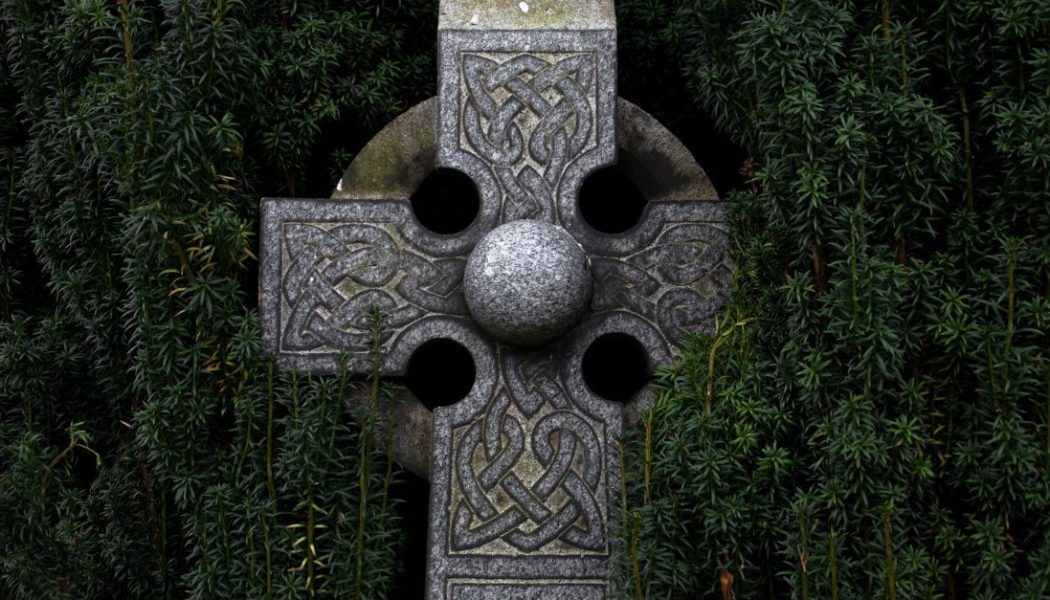 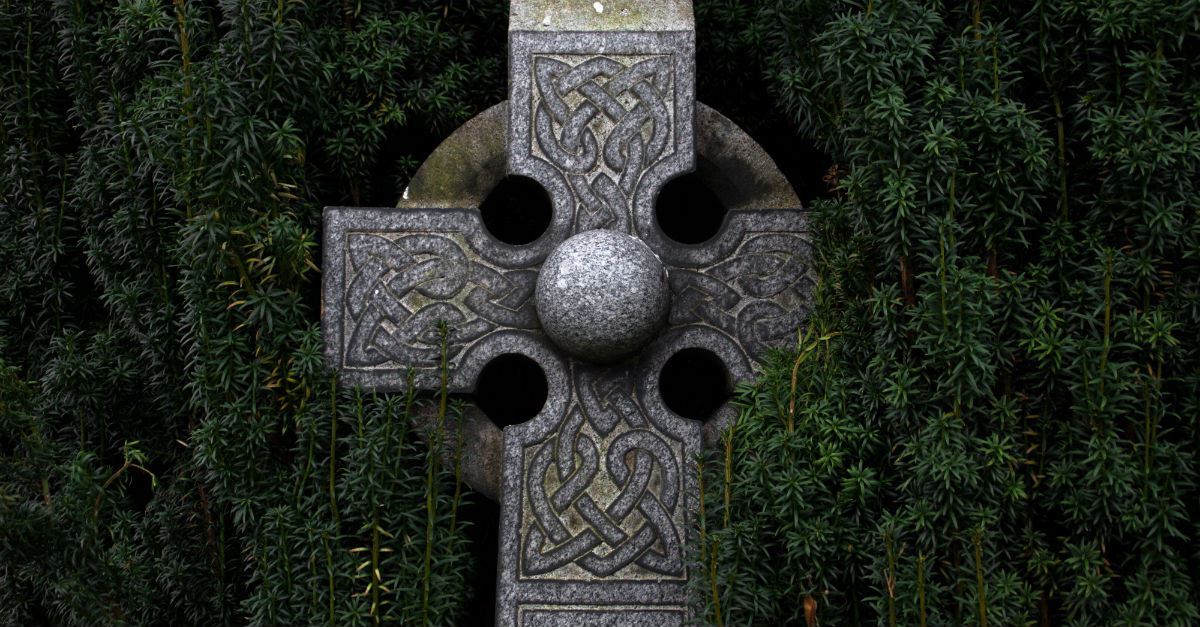 The Celtic Cross comes in many forms. Some are plain, while others are quite ornate. A simple description of what the Celtic Cross looks like is a cross with a circle. However, the ornate ones are decorated with insular art, also known as Hiberno-Saxon art.

Sometimes the Celtic Cross is put on a tall base to make it look more like a traditional Christian Cross. In medieval times it was used as a public monument, and if marking a holy site, they had longer stems and were called Irish high crosses.

Origin of the Celtic Cross

The Celtic Cross originated during the early Middle Ages, sometimes referred to as the Dark Ages. It emerged somewhere in Europe. That much we can verify.

Possible countries of origin are Ireland, Wales, Gaelic Ireland, England, Britain, and Scotland. But who created it and exactly where it was created are subjects of dispute that cannot be substantiated.

The Celtic Cross is called a Latin cross with a nimbus, a halo around something supernatural. It’s also considered to be a Christian symbol that has its roots in paganism.

Some say that St. Patrick (or St. Declan) introduced the Celtic Cross in attempt to convert pagan kings to Christianity.

Other Christians or Missionaries

Other possible origins are also combinations done by Christians or missionaries.

Some people might reject the Celtic Cross due to its possible connection to paganism. Others might see it as a tool to connect people and bring the message of the Gospel. Either way, the meaning comes out of the heart of the person instead of being rooted in verifiable facts.

The crosses carved out of stone were vulnerable to breaking due to their shape. The theory is the artisans who crafted the crosses added the circle to strengthen them.

This is a practical and plausible idea but can not be proven, just like all the other theories.

Meaning of the Celtic Cross

The Celtic Cross is not found in the Bible so technically is has no definite, Biblical meaning. However, that doesn’t mean it can’t carry useful spiritual symbolism for us today.

Eternal Love of God and Hope of Salvation

Presbyterian and Catholic priests both find the Celtic Cross spiritually meaningful. Both tend to believe it originated with them (even though we’ve established this cannot be verified.)

The circle is symbolic of eternity to them. This emphasizes the eternal everlasting love of God demonstrated through Jesus sacrifice for our sins on the cross. Another meaning of the circle is the eternal hope of salvation found in the crucifixion and resurrection of Jesus Christ.

Old Celtic Crosses can still be found in hundreds of cemeteries throughout Ireland, Scotland, Wales, and England and has become a symbol of national pride.

With all this uncertainty the meaning of the Celtic Cross is left up to you.

Danielle Bernock is an international, award-winning author. Her works include: Emerging With Wings: A True Story of Lies, Pain, And The LOVE that Heals, A Bird Named Payn, and Love’s Manifesto. Her new book Because You Matter: How to Take Ownership of Your Life so You Can Really Live will be released fall 2019. For more information or to connect with Danielle https://www.daniellebernock.com/

This list contains party gift ideas for any good party. You can change the battery which is a 2030 button battery. It perfectly represents my vision, as a fun, welcoming, and friendly brand.