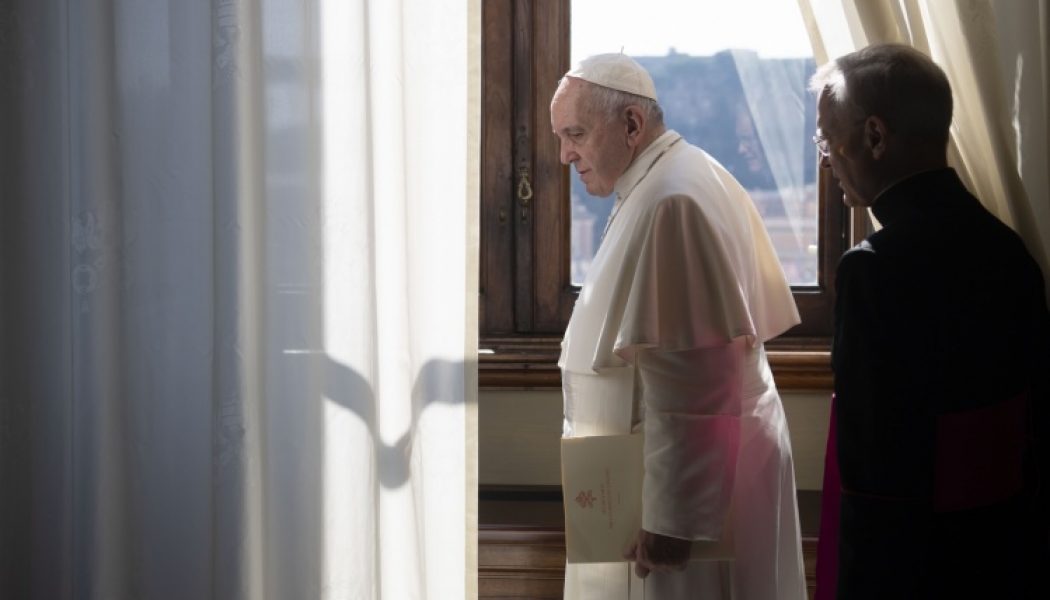 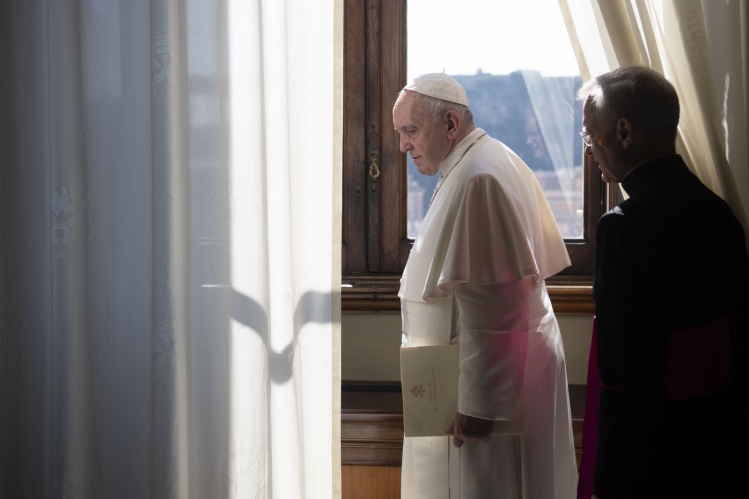 Put a sock in it, Rick Moran.

Rick Moran is PJ Media’s Chicago editor, and he recently opened a column titled Pope Says Virus Is Nature’s Response to the Climate Crisis by telling Pope Francis to “put a sock in it,” writing:

Oh, put a sock in it, Francis.

Pope Francis is certainly not letting a planetary crisis go to waste. He is trying to piggyback the religion of climate change on the back of the coronavirus pandemic.

He then quoted an MSNNews story which made the claim that:

Pope Francis has said the coronavirus pandemic is one of “nature’s responses” to humans ignoring the current ecological crisis.

As it source, MSNNews cited an interview by Austen Ivereigh published in Commonweal and The Tablet on Wednesday, April 8th.

Setting aside the crass way in which Moran addresses a major world religious leader, as a PJ Media editor, he ought to know better.

He ought to be familiar with the way our hyper-partisan, clickbait-driven press—including MSN—regularly manipulates quotations to achieve whatever effect they’re after at the moment.

In short, he ought to know better than to take MSN at its word and check the original interview to see what was actually said.

I did. And guess what? Pope Francis didn’t say that the virus is nature’s response to the climate crisis.

Read the interview for yourself. Here it is.

As evidence of the pope linking the coronavirus to climate change, Moran cited the following passage from the interview:

“We did not respond to the partial catastrophes. Who now speaks of the fires in Australia, or remembers that 18 months ago a boat could cross the North Pole because the glaciers had all melted? Who speaks now of the floods?” the Pope said.

“I don’t know if these are the revenge of nature, but they are certainly nature’s responses,” he added.

Notice anything about that? It doesn’t mention the coronavirus.

That means—Mr. Moran—that we need to look at the context to see what he was being asked. So, here’s the quotation from the original interview with the relevant context:

I [the interviewer] was curious to know if the pope saw the [coronavirus] crisis and the economic devastation it is wreaking as a chance for an ecological conversion, for reassessing priorities and lifestyles. I asked him concretely whether it was possible that we might see in the future an economy that—to use his words—was more “human” and less “liquid.”

Pope Francis: There is an expression in Spanish: “God always forgives, we forgive sometimes, but nature never forgives.” We did not respond to the partial catastrophes. Who now speaks of the fires in Australia, or remembers that eighteen months ago a boat could cross the North Pole because the glaciers had all melted? Who speaks now of the floods? I don’t know if these are the revenge of nature, but they are certainly nature’s responses.

Got that? The pope was asked whether the current pandemic and its economic fallout presents the world with “a chance for an ecological conversion, for reassessing priorities and lifestyles.”

He’s not being asked “Is the coronavirus a product of climate change?” He’s being asked whether this situation gives us an opportunity to rethink our lifestyles and the impact they have on the climate.

It is in that context that the pope starts talking about how similar climate-related situations haven’t prompted such a re-examination. In other words, don’t hold your breath that this one will prompt such a thing, though of course he ends by being hopeful and saying:

What we are living now is a place of metanoia (conversion), and we have the chance to begin. So let’s not let it slip from us, and let’s move ahead.

This is not the first time Francis has been accused of saying that the virus may be connected with climate change. However, on that occasion—at least in the English-language press—we were also presented with partial quotations that didn’t mention the coronavirus. So the same lesson applies: Don’t go jumping to conclusions until you’ve checked the original source (which is in Spanish and behind a paywall).

In his article, Mr. Moran picks on Pope Francis’s reference to a boat sailing to the North Pole, but there certainly were accounts of this in the popular press, as a few moments on Google will reveal.

I don’t know what the truth of the matter was, but in light of these reports, I’m inclined to cut the pope some slack.

Yet perhaps Mr. Moran would fault Francis for not investigating the press accounts carefully to see whether this actually happened.

If so, Moran ought to heed that very advice: Check out the facts before you start spouting off.

If you want to make criticisms, fine, but do so on the basis of the facts.

In other words, until you’ve looked up the original source and read it in context, put a sock in it, Mr. Moran.