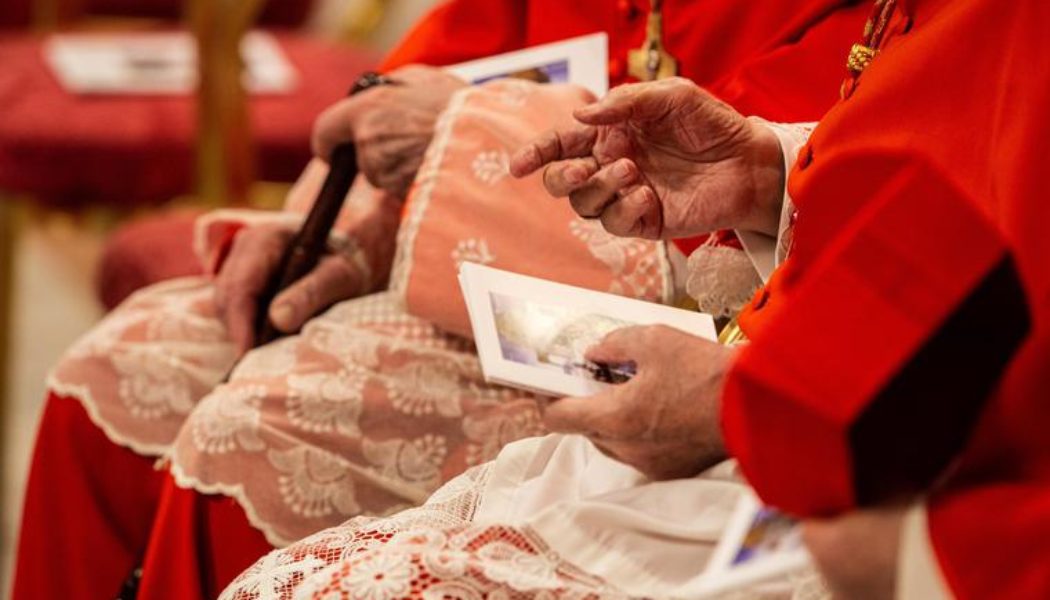 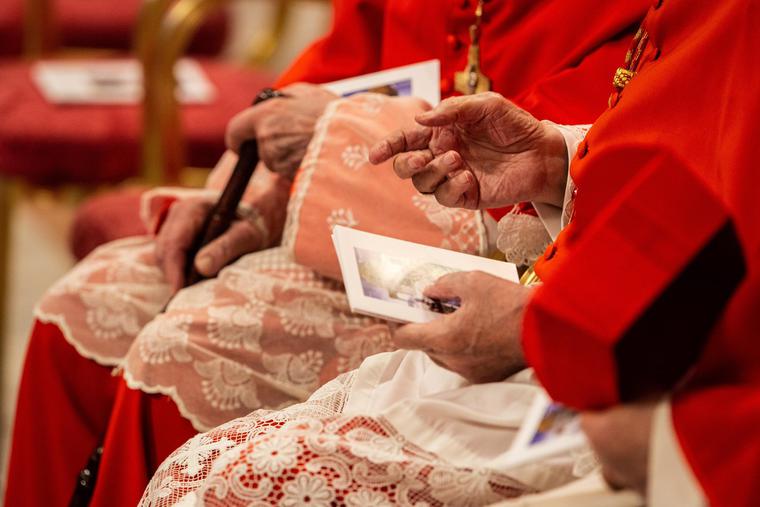 In late August the College of Cardinals will have three “consistories” (plenary meetings): the first one an “ordinary consistory,” where Pope Francis will add 20 members to their number; the second, a pro forma and brief ceremony to approve the canonization of new saints; and the third, a two-day “extraordinary” consistory to discuss the recently promulgated constitution governing the Roman Curia, Praedicate Evangelium.

As cardinals are dispersed throughout the world — this consistory includes the first cardinals from Singapore, East Timor and Mongolia — consistories are opportunities for them to meet together and size up who might be a future pontiff. Benedict XVI encouraged this by holding extraordinary consistories, a few days of discussion on a particular theme.

Pope Francis did so twice early in his pontificate. At the 2014 extraordinary consistory, Pope Francis invited Cardinal Walter Kasper to deliver a long address arguing in favor of admitting the civilly divorced and remarried to Holy Communion. His arguments were savaged by the assembled eminent brethren, to the extent that the following day the Holy Father had to plead with the cardinals to indulge Cardinal Kasper’s arguments. They didn’t, and thus Pope Francis soured on the experience. This August is the first time he has convoked an extraordinary consistory since 2015.

The assigned discussion topic for the extraordinary consistory is Praedicate Evangelium. Given that it was under discussion for nine years and is already in effect, it is not clear what there is to discuss. It would be hard to imagine a more boring topic than rearranging the Curial organizational chart, so the key thing to watch is what the cardinals actually discuss. Their interventions (talks) will ostensibly be about Praedicate Evangelium, but given the paucity of interest in that, the various subtexts are what to listen for. What the cardinals choose to talk about — and who chooses to talk about what — will be critical preparation for the next conclave.

After the new cardinals are created, the college will have 132 electors, cardinals under the age of 80 who are eligible to vote in a conclave to elect a pope. The statutory limit for electors is 120, though, at times, popes have exceeded it. St. John Paul II twice went as high as 135 electors, though at the time of his death there were 118.

The list of new cardinals announced on May 29 includes one American. Bishop Robert McElroy of San Diego is the fifth American cardinal Pope Francis has created, Cardinals Blase Cupich, Joseph Tobin, Kevin Farrell and Wilton Gregory being the others.

The selection was an obvious snub to Archbishop José Gomez of Los Angeles in particular and to the large Hispanic Catholic population of the United States in general. So there must be something particularly compelling to have attracted the papal favor. Amongst the Holy Father’s American cardinals to date, each with his own particular strengths and weaknesses, none has really emerged as Cardinal John O’Connor or Cardinal Francis George did under John Paul, or Cardinal Timothy Dolan did under Benedict. Will Cardinal McElroy become that figure for Pope Francis?

The most significant snub of this consistory is the exclusion of Patriarch Sviatoslav Shevchuk, head of the Ukrainian Catholic Church and one of the most impressive Churchmen in the world, even before his heroic witness during the war. He is the leader of the largest of the Eastern Catholic Churches, and the nine-year refusal by Pope Francis to make Patriarch Sviatoslav a cardinal has caused offense in Ukraine. That the Holy Father, despite his frequent expressions of solidarity with the Ukrainian people, refused to do so again, during wartime, is salt in an open wound.

Watch, then, for what cardinals might say about Ukraine and about Patriarch Sviatoslav in particular. Given his inexcusable exclusion from the College of Cardinals, it is likely that Patriarch Sviatoslav will be that rare non-cardinal who gets a few preliminary votes in the next conclave, an expression of esteem and solidarity from a body to which he rightfully belongs.

The single most urgent crisis involving a cardinal concerns one who will not be at the consistory.

Due to his arrest by the Chinese communist regime in May, Cardinal Joseph Zen, bishop emeritus of Hong Kong, has been denied his passport. Awaiting trial for raising money for pro-democracy activists, Cardinal Zen will be unable to attend the consistory, unless special permission is given by the Chinese regime.

How will Pope Francis deal with this blatant persecution? Will he limit himself to the absolute bare minimum that basic Christian solidarity demands, a prominent empty chair for Cardinal Zen during all the ceremonies? Or will he do something more robust and speak clearly on behalf of Cardinal Zen and the persecuted Catholics of Hong Kong?

If Pope Francis does not acknowledge in any way the confinement of Cardinal Zen within Chinese borders, the Holy See’s China policy will lose the little credibility it has left.

Recall that, in 2018, soon after concluding a secret deal with the Chinese communist regime, Pope Francis became visibly emotional when welcoming two Chinese bishops to Rome for the synod of bishops. After having so effectively manipulated the Holy Father, the Chinese regime then yanked the bishops back to China before the synod concluded. The point was made: The Pope could shed tears, but the power was in Beijing.

If the Holy Father had tears for regime-approved bishops coming to Rome from China, what will he have for the courageous Chinese cardinal confined in China and prevented from coming to Rome?

The second-youngest cardinal in the new batch is Virgilio do Carmo da Silva of Dili in East Timor. He is the first cardinal from his country, which is 97% Catholic. The elevation of an East Timor prelate recalls a more confident and more successful period of papal diplomacy. During its struggle for an end to brutal occupation by Indonesia, the world’s largest Muslim country, the deft diplomacy and personal courage of St. John Paul II made a key contribution. His 1989 visit to East Timor remains in stark contrast to the response today of the Holy See to outrages in China, Venezuela and Nicaragua, to note only the most spectacular failures of the Vatican’s recent foreign policy.

The papal visit of 1989 gave encouragement to the Catholic Church in East Timor, led by Bishop Carlos Ximenes Belo of Dili. The papal visit brought the plight of East Timor to global attention, and Bishop Belo was awarded the Nobel Peace Prize in 1996 for his liberation efforts. A referendum on independence was held, and, by 1999, a decade after the papal visit, Indonesian troops left East Timor.

The experience of East Timor might provoke a reexamination of the potential Vatican diplomacy in the Far East.

Cardinal George Pell is now over 80 and no longer an elector, but there will be perhaps no other voice in the extraordinary consistory who will speak with greater standing. His reforms in Vatican finance — first backed by Pope Francis and then abandoned after Cardinal Pell opposed the Holy Father’s attempts to modify Catholic teaching on divorce and remarriage — have been totally vindicated, and Pope Francis has come around to support them once again.

Another elder to watch will be Cardinal Kasper. Having sown the wind in his 2014 consistory address, he has reacted with grave concern to the whirlwind that has now gripped the Church in Germany. In an increasing number of public statements, and with increasing urgency in private, Cardinal Kasper has warned that the “Synodal Path” in Germany cannot be considered authentic Catholic reform.

Should Cardinal Kasper elect to say as much at the consistory this month, it will be of supreme importance and bring matters full circle, but in a much different key, to the early days of the Holy Father’s pontificate.